On the face of things, this result leaves us under pressure and is far from good enough.

After the collapse last week versus Liverpool, the onus on victory in this game was large, but this draw leaves us with one point from six – and already facing a five point gap to get to the top of the table.

Also, failing to score is not exactly the best answer to the vociferous demands for a striker purchase.

Fear not though, there are some factors that arose as we fought with the Foxes that we can cling onto – and some that may yet derail us at such an early stage. 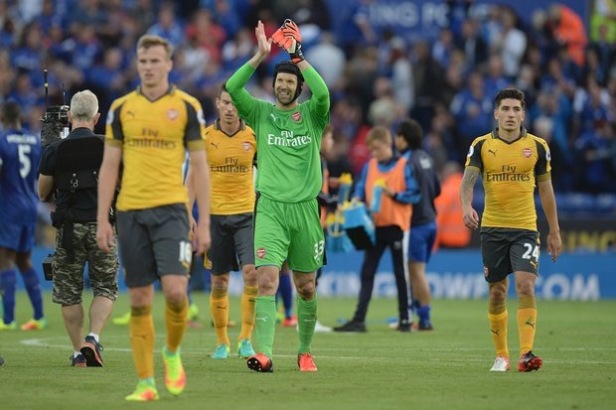 Koscielny,Giroud and Özil are back.

Last week, our players who were given an extra week off after their Euro2016 exploits were severely missed. None more so than Laurent Koscielny.

The French defender was a certified gamble, according to Arsene Wenger, but it certainly paid off.

Kos hit the ground running, putting in many tackles and more importantly, being the sage head that young Rob Holding needed next to him.

Giroud and Özil were only given second half cameos, but after enduring a spell of pressure from Leicester, the class they both have allowed the Gunners an outlet which gave the last twenty minutes a more even footing.

The young man from Bolton endured a baptism of fire last week, and players of a certain mental framework would struggle for a while after such a debut.

Not Holding though. He held firm, and denied Vardy, Mahrez and co with some great defending. Of course, the help he received from Koscielny, Coquelin and others was telling, but we might just have a bargain on our hands. £2m looks a steal thus far.

Santi Cazorla not ready yet.

Flitting in and out of the game, is a telltale sign that the all-action Spaniard is not up to speed yet.

His final ball was errant, he didn’t have the impact we expect. As such, our attack looked blunt. When Santi gets his edge back, we will have someone to load the bullets alongside Özil, but….

We need to buy a striker. 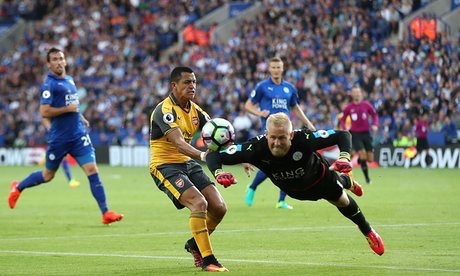 Alexis CAN play as a striker.

Just not as a lone striker. He could be as good as Griezmann, but he needs a foil. He requires a partner.

Until our system changes, Alexis should not play up top. He can be effective in his normal position, just leave him where he is.

That leaves Giroud – and Theo. I firmly believe Theo can do a job for us, but the lack of options up front is not an elite mentality.

All top contenders have top strikers.

Leicester had their 1st shot on target in the 92nd minute… 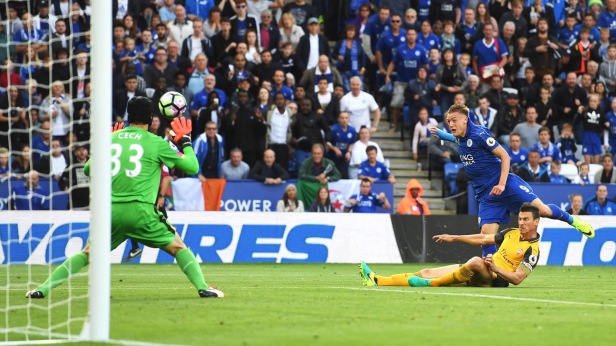 People will moan about this disappointing result, but restricting the Champions to one shot on target, and this occurred in extra time, shows our midfield and defence are ready for the season. If our attack was at the same stage, then we would have grabbed the points.

So, yes, we are playing catch up. Yes, we need a striker.

Reports of our demise however, are greatly exaggerated – for now.