With the recent addition of Swiss Captain and all-round dynamo Granit Xhaka, the Arsenal fanbase has been awash with projections of possible midfield combinations.

Last season saw our central plans fall apart thanks to injuries in midfield. With the Swiss man now in our ranks however, it seems that our numbers should be sufficient to counteract even the sternest of injury curses. This brings with it another problem.

With extra numbers means selection headaches. Conundrums with combinations in the centre of our formation. Who should play in the engine room?

The plethora of players in our squad who can fulfill a role at central midfield serves to illuminate the embarrassment of riches we have. Wilshere, Ramsey, Santi Cazorla, Elneny, Xhaka, Coquelin. Every single one of these can claim to have enough talent to warrant a starting slot.

Only two will be selected from this illustrious group. It seems that it isn’t only our manager that divides opinion within Gooner’s everywhere. The hot topic of discussion is who should play in our eleven, and the raft of answers and opinions shows that there isn’t a common choice in regards to what two players should provide cover and impetus to our team.

There should be one player who merits inclusion though, above all others. 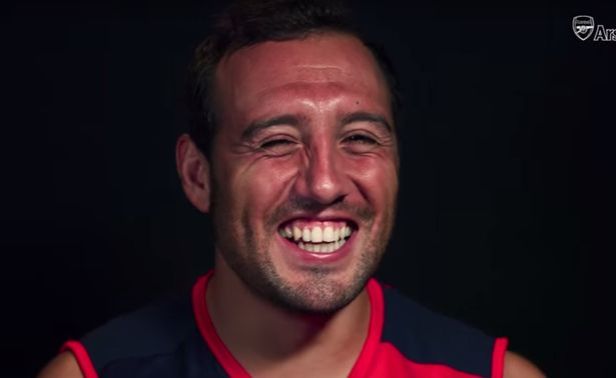 Our midfield duo needs to comprise of teamwork. When one rampages up front to supplement an attack, the other should drop back. Ebb and flow. It should be unsaid, but the mental bond between the two players should leave both attack and defence covered at any given time.

Santi Cazorla, that diminutive Spaniard, has proven time and again that he is the player who can fit the bill. Dutch legend Johan Cruyff once inferred that good players can play in many different positions. Well, Santi Cazorla is surely one of our players who could transfer his skills to other areas.

He has proved in his tenure at Arsenal, that wherever you place him on the pitch, he can make a difference. Starting as our Number10, he was hugely influential. When pushed out wide to incorporate Mesut Ozil, he took time to adapt but soon settled.

It is since his selection in a more central area that has seen him flourish though. And it is in this time that he has seen many of his teammates play alongside him as a partner. Each one of these partners has enjoyed having Santi bustling in all areas of the pitch, aiding in both spectrums and putting out fires where possible.

When alongside Coquelin, his box-to-box manoeuvrings saw our team benefit and keep pace at the top of the league. This combo worked excellently, as Coquelin excelled at winning possession and offloading it to the marauding Spaniard, who carries the ball so effectively.

This isn’t to say he cannot tackle. There have been many instances where Cazorla, looking so hopelessly outgunned in stature, yet the outcome would be he emerges from the tussle with the ball. None more so than in the tense Champions League Qualification Play-Off with Besiktas.

Whoever plays alongside Cazorla, there are no issues with partnerships, as his talent is so malleable that he can adapt seamlessly to the demand. If Xhaka is indeed the first choice defensive midfielder, ahead of Coquelin and Elneny, he would benefit from the transitional skills of Cazorla, and our team would have two midfielders who are equally adept at bombing forward or hounding an opposition attack.

Santi is the player you could take home to your mum. He can be the guy with perfect manners and a healthy respect for his elders, but when you leave the confines of your parents watchful eyes, he is the rebel bad boy that sets your heart aflame.

He can be whoever you want him to be. He is pure skill and talent, and hopefully we can juice every last drop of exhilarating ballplay from him this coming season.