Arsenal have had in the past, players who excelled in the art of plundering goals. Men who fitted seamlessly into the respective system at the time and  – all importantly – could be relied upon to make the difference in the tightest of matches.

Those ninety minutes where so much is up for grabs. Games where the history books would only voice the name of the winners. Goals win games and the Gunners have been lucky enough to boast strikers that regularly troubled the goalscorer columns. Bastin, Rooke, Drake, Brain, Lishman, Radford, Stapleton, Herd, from the teams of the past, to more modern strikers such as Bergkamp, Smith, Henry, Wright and – unfortunately – Robin Van Persie.

Hopefully, the list above will illustrate the diversity in styles of player. Some were graceful on the ball, a caress of their boot resulting in the ball effortlessly finding the net. Players of the ilk of Bergkamp, Henry and Drake specialised in a poetry with the ball and mesmerised those who witnessed them play. Other players ruthlessly sought the goal and left no prisoners in their wake. They would put their head and legs into the fiery pits of hell if there was a mere sniff of glory. Men such as Rooke, Lishman and Smith were true purveyors of this method.

These selected strikers were more than capable of shedding their skins and reputations though. Henry could score ugly goals. Lishman could be an artisan. The common thread that runs through these men like rock from the seaside – aside from goals – is that they were the flawless answer to their teams questions in front of goal.

They were the player their teams needed them to be.

The present incarnation of Arsenal have strikers in their ranks, and they get their fair share of goals. Olivier Giroud is equipped to be the lone man up top in the system that Arsene Wenger normally employs. He gets double figures each season, is quite excellent for linking up play and is aerially strong – but he isn’t of the ilk of centre forward that Arsenal have possessed previously. This isn’t to say we should sell him, becuase he is the perfect backup to call upon – but he is not a striker that belongs in the higher of echelons.

Then we have the enigmatic Theo Walcott. When fit and played regularly, he has proven he can get goals. The problem with the England speedster is that he has proved thus far that he cannot maintain fitness over a whole season. His intermittent appearances are the downfall of the rhythym he so desperately requires to elevate himself from super substitute to Arsenal’s go-to guy for goals. Until he can prove otherwise, he will forever be consigned to the bitter query – ” What could’ve been.”

We have not scored enough goals this season. After 29 games in the Premier League, Arsenal had less goals scored than the rest of the Top 4 incumbents. The safety net we used to be able to haul out when we struggled was that we could always outscore the opposition. This no longer applies. Plus, throw in the fact we have a player who can fashion a chance for a striker with unerring accuracy and we are left with slightly underwhelming statistics. Manchester City have been a shell of a side this season but have been dragged into contention thanks to a world class striker who finds the net prolifically.

Now we have Welbeck sidelined for 9 months or more and we have a situation where we not only want a striker – if we are to improve – then we NEED a striker.

We need a striker. We have the funds. So who should we opt for? Here are some options – 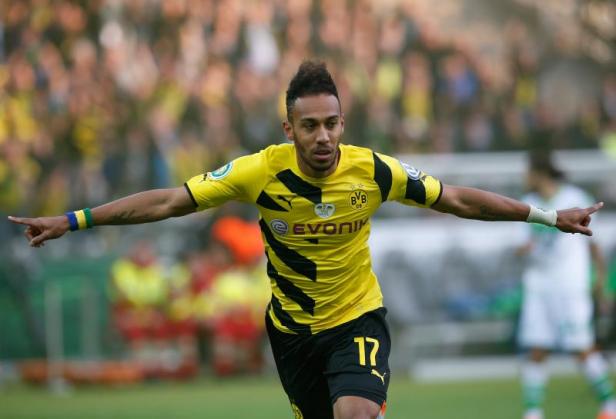 The French-born, Gabon International started his career in the youth teams of AC Milan, but has found his feet in the Bundesliga. 22 goals in 24 starts at the time of writing and is just approaching his peak years. His pace flounders defences and his improvement in front of goal is tangible. What of his availability? His current club Dortmund will be reluctant to see their frontman go, and they have him tied into a contract until 2020. Money talks though, and a substantial bid coupled with a fat contract would be hard to turn down. If we get the chequebook out, then there is a chance, albeit a small one. He has openly stated he is holding out for Real Madrid. 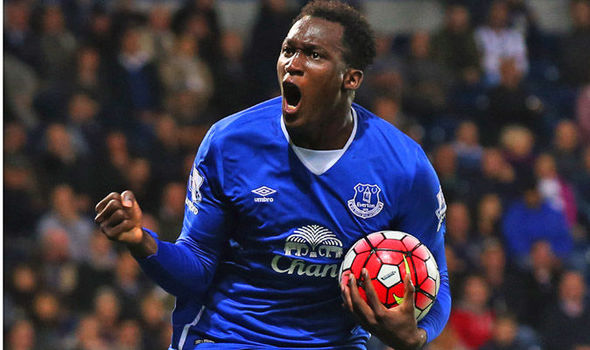 The big Belgian has won over doubters this season – including me – by scoring eighteen goals in just twenty eight Premier League starts this season. He has the golden mixture of pace and power and his improvement at just twenty two years old – he scored ten goals in thirty six starts last campaign – indicates he has far more in his tank. His age, allied with his impressive numbers, means that a price tag will be as hefty as his frame, and he is tied up to Everton until 2019. If we seek improvement though, then breaking the bank will be mandatory. 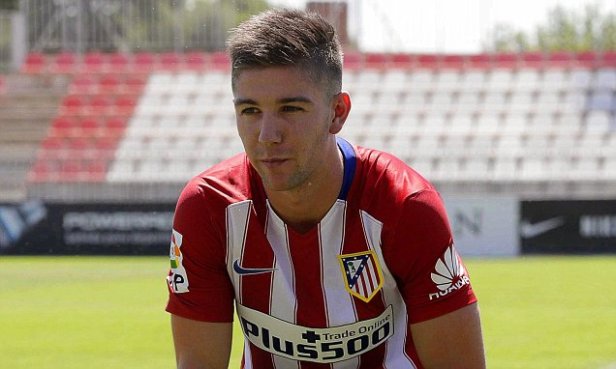 The young Argentine was in demand last season, after impressing for Villareal and grabbing an impressive twenty goals in the season. A £15million move to Atletico Madrid followed, and big things were expected. Atletico have had a rich recent history with prolific frontmen and Vietto was lined up to be the next on the conveyor belt. Unfortunately, this season has not gone to plan. A combination of injury and poor form has seen him slip down the pecking order, but his talent remains undiminished. A bit more of a gamble than the two strikers above, but he would be cheaper too. His contract runs until 2020 with an option for a further year, but Vietto could be tempted. Simeone though? That may be tougher. 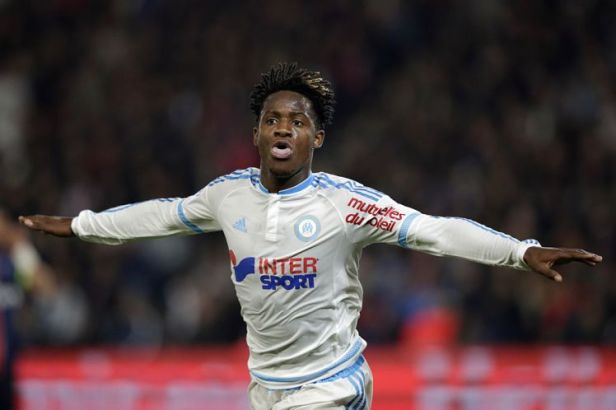 Another twenty two year old, but this Congo International is a different player altogether to Luciano Vietto. Pace and power are the cornerstones of his game – and while his finishing attributes may not be as natural as the young Argentine’s – he is playing regularly and is improving rapidly. His goal record this season equates to roughly a goal every two games in Ligue Un and he is hot property. He is also tied to a long contract but a big money move is on the cards. 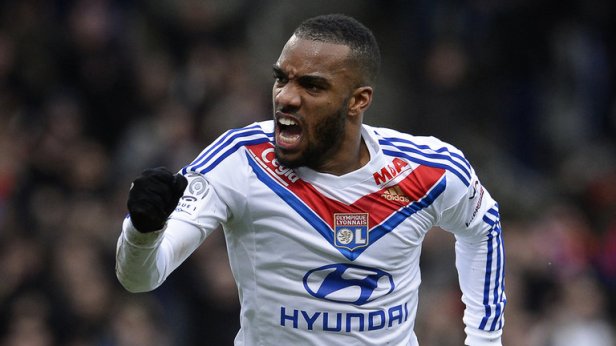 The Frenchman who carries more than a passing semblance to Arsenal demigod Thierry Henry in his playing style, Lacazette has continued to impress this season and scoring 12 goals in 25 games is not to be ignored. At twenty four years old and versatile enough to play out wide and cut in when needed, Lacazette could just be the prime candidate to be the main man up front for Arsenal. What will be required to tempt him is a better package than he will undoubtedly be offered by a host of rival clubs. He would be worth it though. 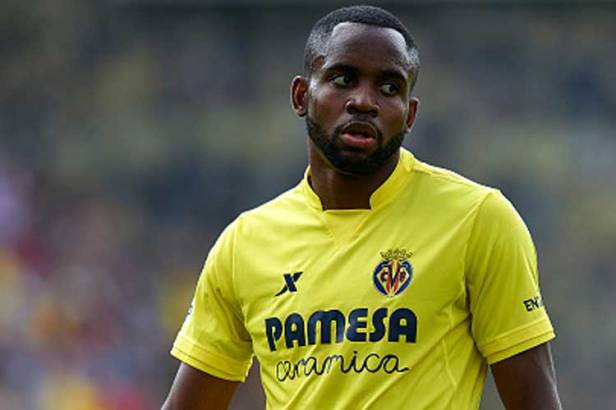 The Congo forward seems to have finally hit his stride. His spells at first Sochaux, then Bursaspor, were hardly headline grabbing, but they were enough to grab Villarreal’s attention.

For the Yellow Submarine, he has excelled. His pace is frightening, and the sometimes sedentary nature of defending in La Liga suits him perfectly. He has power, and his finishing is fast improving. He has especially enjoyed his side’s Europa League campaign – scoring nine in thirteen games.

May be an outside bet, but he could be potent if guided correctly. He has outstanding attributes for the Premier League, and may be a cheaper bet than the others mentioned. 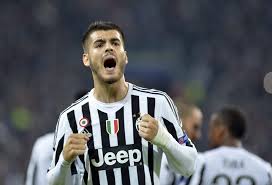 The young Spaniard joined Juventus last season, playing forty six games in total. He bagged 12 goals, which is no great shakes, but his 11 assists tells of a great awareness from Morata, and an adaptability to be able to play as a lone striker, or as part of a duo.

While he isn’t quite prolific, he is only 23, and has played in La Liga and Serie A. So, bags of experience, fabulous technique, and he has built up an aversion to pressure-filled games by playing in many high-profile fixtures.

The story of his contract means that a purchase will still go through Real Madrid more than likely. They installed a buyback clause in his deal with Juve, so they can purchase him for peanuts and sell him on for a massive profit.

Definitely one to consider. With his style of play he would fit like a glove at our club. 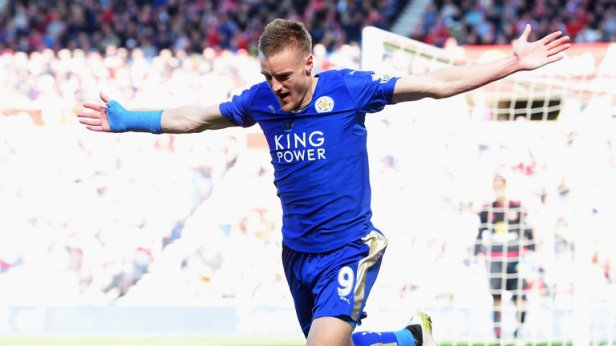 What Jamie offers is simple. Raw pace. Excellent finishing. Runs which Ozil would salivate over. Three years of peak striking ability. We have activated his release clause. This move reeks of common sense, but his off-field exploits need to be toned down somewhat to fit in at our traditionalist club.

The strikers above are different in method but all share the intrinsic ability to score goals. All players would prosper heavily playing in a team with the creative talent of Mesut Ozil and all are young enough to forge a long term career at Arsenal.

So, to surmise, Arsenal need a striker, and here are some prime candidates.

Next up on the agenda – midfielders. Keep your eyes peeled for the next blog on The Hot Stepanovs, and any other players you’d like to suggest, just let me know via the comments box!