Now that the season has ended, a period of reflection is the social convention. Where did we fall, at what crucial points of the campaign did we fail to maximise our dominance, where did we simply fail to turn up?

Not only do these questions buzz around our minds after the last game of the season, but we also have to look at our squad and ponder where we can strengthen in a bid to capture a first title since 2004.

This, the third part of a trilogy of articles, looks at a selected area of our team in which we could potentially delve into the shark infested waters of the dreaded transfer market and lure a player to our club who could improve on our current stock.

We have started as we hopefully mean to go on, with the capture of Granit Xhaka. Does this mean we have all we need in the central midfield department? We cannot honestly say, as we have no idea regarding departures – but with Arteta, Rosicky and Flamini having already left, then Xhaka may not be the only purchase in this department.

What about wingers? This article attempts to peruse through the window of transfers, and salivate over who may be a good fit for us – as well as plain dribbling over some sumptuous talent.

We may have a great selection of midfielders at present. From ball-carrying players to technicians with a more defensive bent, we have a depth when it comes to the centre of the park. Not only this, but we also have players who can adapt from the centre and out wide. Are the men we have at our disposal good enough though? Are there others out there who can satisfy our deficiencies?

Here are a few who could arrive at Arsenal and potentially make a difference:

This 18yr old Italian hasn’t played enough to actually earn many rave reviews – but the sounds coming from Milan are that this kid is potentially amazing. He lacks a physical presence currently, but at 18 years old, there is time to cultivate this. What he lacks for in muscles, he more than makes up for in technical nous – according to reports.

If a country has an iconic player in their history, when a youngster of similar stock comes through the ranks in a blaze of publicity, they are always labelled as the new version of them – see the numerous ‘ New Maradona’ tags that litter Argentina’s brightest stars.

Well, Locatelli is apparently the ‘ New Pirlo’. What a player to live up to. His talent for lying deep and finding rampaging wide players with his long range passing has drawn admirers, but he also is positionally sound and can destroy opposition attacks with a well-timed interception.

His contract runs until 2018, but if AC Milan are open to bids, Locatelli could be a great addition to our future lineup.

Twenty three goals and thirty two assists in fifty two games for Dortmund this past campaign. He has one year left on his contract, and BVB will be keen to offload the wantaway star to anyone but Bayern. Mkhitaryan plays predominantly on the right, with a license to cut in, but he is a playmaker, make no mistake. He will have a raft of clubs after his signature, but the package Arsenal can offer is a lucrative one. Let the contest begin.

The Carvalho saga of a year ago is well documented. A deal was agreed so the highly rated midfielder could join us. At the last minute, his agent decided to up the fees involved. Arsenal agreed, such was their desperation to sign the young man. When his agent decided to hold Arsenal to ransom again, the deal died.

Since then, Carvalho has bossed an Euro Under-21 tournament – being named as the tournament’s best player – and made 33 appearances this season for his club Sporting Lisbon. More games, more experience, but bigger price tag.

Carvalho could improve our defensive leanings in midfield. Coquelin is more than good enough to hold down this position, but players like Carvalho come along few and far between. If we can improve, and have a great backup in Coquelin – then shouldn’t we go for it?

He is tied to a long term contract, but a big bid for the Portuguese destroyer was always going to be required. What a message to send out. 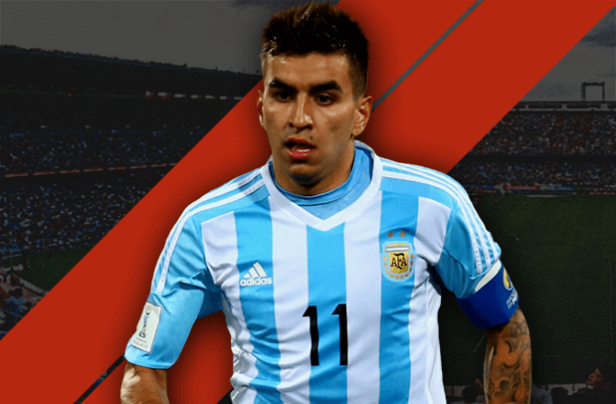 Correa is earning more rave reviews for his international exploits than his displays in La Liga, but this kid is strong, can play on the left, up top or in the playmaker slot. He has a great shot on him, but to watch him is pure excitement.

If his career is handled carefully, and he maintains the hunger he currently possesses – seemingly a South American trend – then he could go on to become one of the best. Most definitely worth a look.

When Santi Cazorla was out of the side through injury, it was no coincidence that Arsenal suffered. They require a player who can carry the ball, a midfielder who can transition defence into attack with guile.

This Dutch youngster is yet another who steps off the neverending Ajax youth system. At just 19, he has made thirty nine appearances this season (at the time of writing), and his presence in the centre of the park is a blessing to both the defence and attack.

He is dynamic, he has great awareness, and he already looks a cut above most of his teammates. His contract runs until 2020, but a glittering career awaits him. It could be in our jersey.

Another Ajax prodigy, this right winger could add another dimension to Arsenal’s attack. At just 20, he has made 36 appearances and scored 11 goals. It isn’t just his proficiency that has caught the big club’s eyes however.

He stands at six feet two inches tall, but his pace is frightening. He has a full locker of tricks and he could flourish either on the flank or as a wide forward. Whilst the Eredivisie is a far cry from the rigours of the Premier League, this young Dutchman has something special. 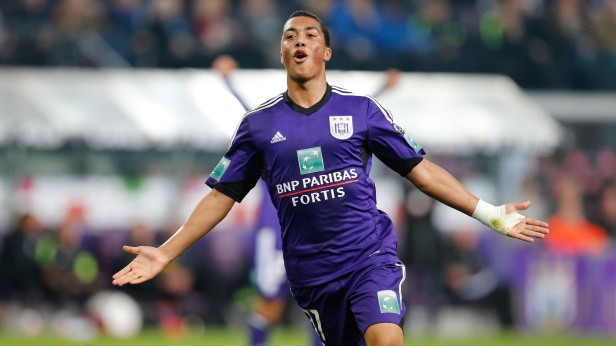 All FIFA players will be more than familiar with this kid. It isn’t merely on the Playstation where he has the world at his feet. This Anderlecht product has just turned 19, and with forty appearances under his belt this campaign, the hype is deserved.

Equally comfortable in attack or defence, he belies his age with his composure and physical power. His price tag will match his potential, but in a couple of years, he could make all the difference.

There are many more who would be welcome additions to Arsenal.  To list them all would be exhausting but these are the ones who have caught my eye over the last twelve months or so.

Honourable mentions to Malcom and Adrian Cubas.These players could also be great acquisitions.

If there are any others you would like to suggest, please add your comments below. It would be great to learn of some other future talents.

All stats gleaned from TransferMarkt