People support their team for a myriad of reasons, but if polled, the most popular reason fans choose their team is because of family tradition.

Which doesn’t make it a choice for most.

I’m jealous of those who have their support passed down to them like an intangible family heirloom. It runs through the family and is simply expected that the new generation will follow the same course. It means that the values and beliefs of the club from bygone eras will continue to live on in a way.

I found my club calling while I was in Scotland. It was the tail-end of the George Graham tenure, our football wasn’t exactly vibrant and a title challenge didn’t look remotely close – but as a cup team? That incarnation of Arsenal could rise above the ignominy of their league position and give any team in the land a game.

I didn’t enjoy football prior to the last two seasons of Graham’s reign. I regularly had Rangers games spoonfed to me on terrestrial TV and they were my Scottish team – but I didn’t have that fire in my belly to watch them, to lend my support, to spend inordinate amounts of money on merchandise and to go to Ibrox to watch them in the flesh.

When I began to follow Arsenal though, I would hoover up anything about them. Football magazines with posters. Collectibles (remember Pogs?) newspaper cutouts, Match of the Day – anything I would consume with voracity. On the rare occasion that an Arsenal game was televised? I was there on the edge of my seat.

Supporting Arsenal when they weren’t a fashionable team – while in Scotland – presented a few objections from pals at school. They would regularly scrawl on my Arsenal pencilcase, colouring it blue or green – or questioning why I didn’t follow Man United if I wanted to support an English team.

It wasn’t that simple. You know as well as I do that when you become a fan, it’s not as if you can sever ties. The bond (should) be unbreakable. So I weathered the abuse and jokes.

I’m quite proud now to say I’m a Scottish Gooner. And looking at the club’s history, my nation is intrinsically linked to the club.

First and foremost, Arsenal wouldn’t exist without a certain Scotsman.

David Danskin, the man behind the original idea to form the club. 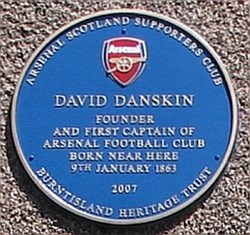 George Graham, Frank McLintock, Alex James, David Herd, Bob Wilson, Jimmy Logie, Eddie Kelly, Willie Young, Charlie Nicholas. These men were fine representatives for the club and upheld the Arsenal Way. It further strengthens my love for the club and my pride as a Scotsman.

There has been a dearth of Scotsmen wearing our red and white in recent years however. Young Charlie Gilmour was our last and before that it was a big gap. This is easy to explain – the quality of Scottish players didn’t exactly enamour top clubs to chase after their services…

But now, we have Kieran Tierney. The left-back started his Gunners career with injury, but now we are starting to see what the fuss was about. His darting runs down the flank are far from simply fast. They are pre-meditated and perfectly timed to coincide with the attack. His delivery is probably among the best at the club from out wide – and he has certainly destroyed any notion of struggling to jump the gap between the uncompetitive SPL and the Premier League.

Tierney is another link, another thread interwoven in the story between Arsenal and Scotland. 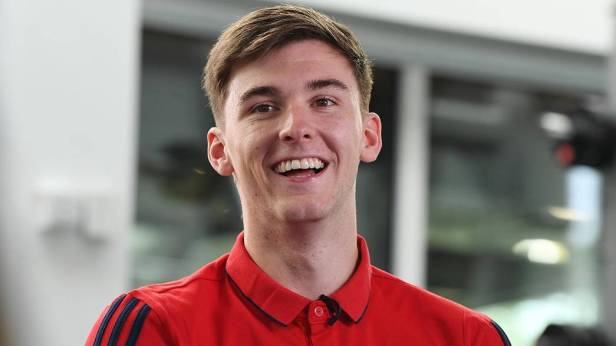 It may also help to strengthen our fanbase north of the border too.

Fans nowadays have an array of different mediums to consume football and it is easier than ever to forge the bond between fan and club. But the allure of glory is still very strong for kids, which is why there is a healthy contingent of City, Liverpool and Chelsea fans across the UK and beyond.

Hopefully though, Arsenal will be chosen by just as many by those kids who don’t have heritage to fall back on when choosing their club. Hopefully they will turn on the TV and the first match they devour greedily will be our boys on the pitch, scoring goals for fun and giving us all heart problems when they defend.

If these kids like excitement and unpredictability – there really is only one club in the running.

7 thoughts on “Choosing Arsenal and our Scottish ties”