The overhaul of Arsenal behind the scenes was far more than replacing Arsene Wenger at the helm.

Our French manager had been at the tiller of our vessel for 23 years. In that time, a person gets plenty of opportunity to build their ideal environment. It was clear that Arsenal needed a fresh impetus, a new direction though. We were slowly drifting off course and an intervention was required.

It started with parts of the medical team. Shad Forsythe came in, the esteemed medical guru who worked with the World Cup winning German team. New ideas, innovative thinking – aimed at remedying a key weakness within. Forsythe was tasked with not only reducing our walking wounded, but also increasing the resistance our players had for quickfire muscle injuries. His expertise looked to be invaluable. In fact, his recruitment was a coup at the time.

By the time Wenger had left and Unai Emery had been sworn in, there had been a raft of changes – at all levels of the club.

Huss Fahmy, contracts whizz who had earned his stripes at Team Sky, was drafted in.

Our very own Per Mertesacker was tasked with overseeing the future of Arsenal on the pitch as Academy Director.

There was Sven Mislintat too – the German recruitment specialist with the nickname ‘Diamond Eye’ thanks to his propensity for spotting a figurative diamond in the rough.

Perhaps seen as the key appointment though, was Raul Sanllehi as Head of Football Relations. It heralded a change of approach – and with his departure, the transformation continues as we seek to harness player data and integrate it within our recruitment process.

This roster of changes meant that behind the playing team – the Gunners were unrecognisable.

It was meant to herald a change.

Josh Kroenke told us to “Be excited.” 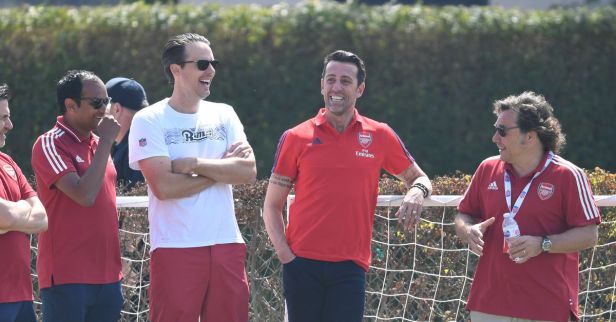 But recently, there seem to be warning signs that the changes haven’t entirely worked out – or we expected far more than we were ever going to get.

The first alert came when Sven Mislintat left the club a year after joining.

It has since come out that Mislintat claims that the club reneged on an offer to appoint him as Technical Director. The former Head of Recruitment – now Sporting Director at VFB Stuttgart, also spoke of the way targets would be identified.

In a quote featured in The Independent, Mislintat stated “Previously we had a strong, systematic approach to transfers, a mixture of watching things live as well as quality data and video analysis – Arsenal actually own their own data company.”

He continued “That meant that we acted independently, we knew about all markets and players in all positions that came into question. However, the new leadership work more strongly with what they are offered from clubs or agents through their own networks.”

This brings us neatly to super agent Kia Joorabchian.

The man who first hit the headlines with a perplexing deal that took Argentine superstars Javier Mascherano and Carlos Tevez – to West Ham. Joorabchian owned the player rights – which already sounds just plain wrong – and by hawking them both around, Joorabchian allowed West Ham to get two world class players.

The agent has his fingers in many pies and it is known that our very own Raul Sanllehi prior to him leaving the Head of Football post – and our Technical Director, Edu, are close associates of his.

In regards to Mislintat’s quote, he stated that we now prefer to use agent networks to acquire our talent.

David Luiz, the still injured Cedric Soares – both are clients of the agent.

Two of the names linked heaviest with us – Chelsea’s Willian and Barca’s Philippe Coutinho? Yep, them too.

David Luiz may well have seen his best years already, but his influence on the younger players is telling. When the kids are asked who helps their development from the current squad, invariably Luiz is named. Still, we can’t reward contracts for dressing room influence, otherwise we would sign influence – otherwise we’d sign the likes of Tony Adams up to gee up the boys before games.

And while the targeting of Coutinho is unconfirmed, it isn’t beyond the realms of possibility that we will go in for him. Willian has signed a three year deal and Chelsea have taken the approach we used to have – over 30? Have a one year deal.

Like Mislintat said, we are now not using data and sound analysis – we are leaning heavily on agents and our links behind the scenes.

It points to our club not using their heads, and a worrisome lack of transfer identity.

We aren’t the type of club to rely on outsiders. We have the resources and the experts to identify who can strengthen us, but by using our ‘pal’ Kia, we could be left out to dry.

It isn’t just transfers either that we are floundering.

Arsenal striking prodigy Folarin Balogun is reported to be leaving the club this summer, after being disconcerted with his lack of first team opportunities. Anyone who is aware of this kid knows he has a shining future ahead of him, but Huss Fahmy has failed to tie him down to a long-term deal, with negotiations only starting this year.

And the decision to hire Unai Emery – which was made by those who are supposed to be returning Arsenal to the top of the game once again – is looking increasingly like a large error that has set us back longer than the 18 months he was at the club for.

Mikel Arteta appears to have the values of the club front and centre of his motives.

But with backroom staff seemingly out of sync and the departure of Sanllehi only the beginning of some hard graft behind the scenes, can Arteta hold out hope of seriously bringing Arsenal out of the funk any time soon?