This match sees Arsene Wenger take charge of his last match at the stadium he oversaw the creation of. It’s also an opportunity to attempt to forget our exit of the Europa League Semi-Final on Thursday versus Atletico Madrid.

Our loss against Diego Simeone’s side was expected but not taken lightly. We huffed and puffed but very little was created seeing as everything was on the line. It was more of a whimper than a roar, and it kept the theme of our season.

Perhaps the only decent upside of our campaign so far has been our home form, and this game is our last home showing this season, against the only team that can overtake us in sixth spot. 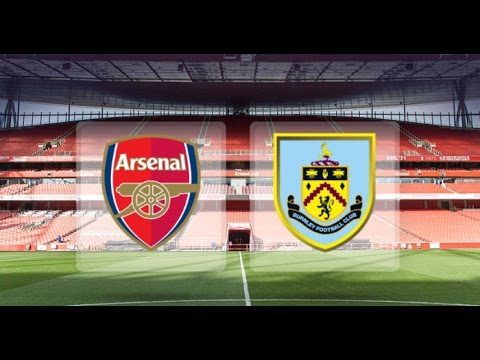 Fighting for this lowly position is a wake up call, and shows us all how far we’ve fallen away this time around, Burnley have had a great season so far, and will surely pose a threat to our record. Sean Dyche has crafted a team that is built on a sound defence, with Nick Pope and James Tarkowski the standout performers. They’ve got threats up top too, with Ashley Barnes sure to give our defenders a few concerns.

Regarding our defence, we’ll be without Laurent Koscielny for the foreseeable future as the defender tore his achilles in Madrid. He’ll miss the next six months most likely, so Calum Chambers now has ample time to set out his stall for his first team future. David Ospina is likely to keep the gloves in goal, with Cech a doubt.

Nacho Monreal may be rested if Sead Kolasinac is fit, and Mesut Ozil is another who may be absent if previous Premier League games are to go by. Henrikh Mkhitaryan should play though, and Pierre-Emerick Aubameyang will come back into the lineup. Will that mean a spot on the bench for Alexandre Lacazette? Or could both play together like they did a few weeks ago?

Midfield sees the absence of Mohamed Elneny, but the Egyptian is expected to be back before the end of the season. It’ll mean that Granit Xhaka will play alongside Aaron Ramsey or Jack Wilshere.

Another really welcome return on the cards – though not for this game – is Santi Cazorla. The fan-favourite Spaniard has returned to training for the first time in 19 months, and the fleet-footed midfielder has been sorely missed.

We’ve only lost twice at home all season and if it weren’t for this great record, we’d be fighting relegation, given our away form is probably among the worst in the league.

A win in this game will see of the challenge of Burnley and confirm sixth spot for us, leaving only games against Leicester City on Wednesday and Huddersfield next weekend.

We will also be celebrating Wenger in this game, with t-shirts and other events planned at the end of the game. Let’s hope we don’t forget that there’s a match to win, that will be what Wenger wants to see the most.

Predicted Scoreline – 3-0 to The Arsenal