Arsene Wenger will part ways with Arsenal at the end of the season, the club and Wenger have confirmed today.

Wenger has been under increasing scrutiny this season as results have disappointed and our league placing has sunk lower than expectations. Fans have expressed their displeasure during this campaign by staying away and leaving the stands empty, and the overall feeling surrounding the fanbase is one of pessimism.

Media will create a froth over this for weeks to come, but we should now ensure we as Gooners create an atmosphere that is befitting for our departing boss, and one that says ‘thank you for the memories Arsene.’

What is abundantly clear is that our Board have a huge decision to make. We have seen with the fiasco of replacing Sir Alex Ferguson at Manchester United, that getting the right man to head the transition is a difficult task indeed.

Josh Kroenke and his father Stan have the last say on who will come in, but the focus right now should not be who is the frontrunner for our managerial vacancy, it should be to make sure our current campaign ends in some semblance of of glory for Wenger, and we pay tribute in the best way – with our support.

The news of our long-standing manager departing breathes new life into the club, one of fresh promise and that of renewed optimism. Arsene Wenger is the reason for our high expectations, and the last few seasons we are well aware that we have fallen below them.

Finishing below spurs last season and now this season, we have fallen further, but now Wenger has declared the end is nigh, we can all unite to send this great man off with the respect, honour and dignity he deserves.

This declaration has come at the right time for the club, but perhaps a couple of seasons too late for Wenger. Still, now we know he’s leaving, can we focus on saying goodbye instead of looking at who is coming in?

We can all discuss who will take the helm next season, but what we should concentrate on now is making the stands roar for the last games of Wenger’s reign.

News of Raul Sanllehi and Sven Mislintat putting forward candidates to replace Wenger were the first seeds of this news, and this particular strand is sure to run on until the club finally declare who has the task of replacing a man who will forever be remembered at our club.

When Arsene took over the club, we were an outfit that was on the outskirts of
challenging for European places. Thanks to the Frenchman, we now expect to compete in the Champions League and challenge for honours.

If it weren’t for the changes he devised and implemented, then we all wouldn’t be so disappointed with our showings of late. Wenger placed the bar so high that over 22 years, he simply couldn’t maintain.

Plus, let’s not forget the halcyon moments he is responsible for. Two Double’s, an Invincible campaign. Players like Thierry Henry, Robert Pires, Patrick Vieira who lit up games with their talents. Our famous Back Five having their careers extended with the intervention of Wenger. Countless occasions we were enthralled by the play unfolding on the pitch. Surviving with a defence that comprised Johan Djourou, Philippe Senderos and Sebastien Squillacci. Our fantastic stadium. WengerBall.

Perhaps one of the brighter lights in his glittering career? Keeping our side in the Champions League with mere pennies to spend. Keeping a squad that had no right to compete at the highest level, dining at the top table. 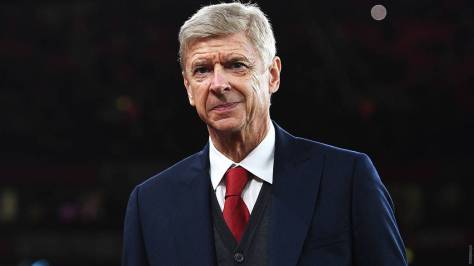 We have a lot to thank him for – and that is what we should do in every game
from now until the end of the season.