Five wins on the bounce. Two months ago that seemed like a pipedream, but on the eve of our Premier League match against Southampton, we seem to have recovered from our slump.

And yet, the hard work has only just begun, and reports of our resurrection have been greatly embellished.

Of course, two wins against a strong Milan side, comprehensive victories over Watford and Stoke and now our thumping of CSKA are far better fare than our losses against Brighton, City and Ostersunds, but while we may have one foot in the Europa League Semi-Finals, our Premier League placing is still lower than we’d like. Far lower. 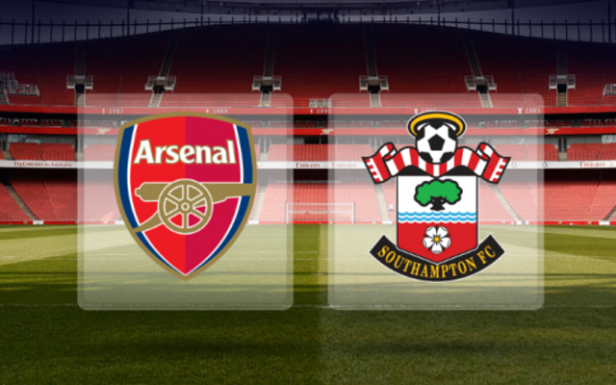 With just seven games left, we are a distant 13 points from fourth spot and our rivals spurs. Even fifth spot is five points away from us. We are closer to Burnley and Leicester than we are Liverpool, spurs and United. There is no escaping our poor domestic form, and while there is a chance of redemption – no matter how miniscule – then we must fight for it.

Our two League wins have helped to steady a ship that was in danger of capsizing, but we need to make haste now. A home match against lowly Southampton seems perfect to gain more momentum, but we should heed the warning signs.

Mark Hughes has been a thorn in our side before, and so have the Saints. Despite their relegation zone woes, they still have quality players that can hurt us and as we showed against CSKA on Thursday, a simple mistake can lead to a goal.

Our team will be switched up from the one that defeated Moscow midweek. Laurent Koscielny may be rested for the second leg next week, with Calum Chambers dropping into central defence most likely.

Mohamed Elneny is another who should come back into the side, with either Granit Xhaka or Aaron Ramsey rested.

Then we have our attack, and there’s a few things to ponder.

Firstly, Henrikh Mkhitaryan looks to be ruled out for the foreseeable, so who plays in his stead? Alex Iwobi came on for him after he was injured against CSKA, and we have the effervescence of Danny Welbeck who gives good value playing out wide. Jack Wilshere is another who can come into the attacking quartet, but now the Armenian is out, rotation will have to be limited.

Pierre-Emerick Aubameyang will surely come into the side after being cup-tied for our European adventures, and Lacazette will most likely make way, unless Wenger acts on his recent comments and plays Auba out wide, with Lacazette retaining his central spot.

Mark Hughes has seen his side lose their last two games in the league to the tune of 3-0 scorelines. Their only win in the last five was an unconvincing win in the FA Cup over Wigan. They have the players to hurt us though.

Charlie Austin is a real threat aerially that Mustafi will do well to contain, and James Ward-Prowse can be deadly from set-pieces. Manolo Gabbiadini is a good foil for Austin and with Bertrand and Cedric at full-back, they have the capacity to stretch us. Mario Lemina faces a fitness test but him aside, they have a clean bill of health and in Nathon Redmond and Sofiane Boufal, some unpredictability that can change games.

We really can’t rest on our haunches, because one single loss can render our recent wins a moot point. We drastically need to improve our league placing, as having all of our eggs in a Europa League basket is risky, especially with Atletico Madrid being overwhelming cup favourites.

While we have a small chance, we need to keep plugging away. #UTA

Predicted Scoreline – 2-1 to The Arsenal