This season promises to be the most hotly contested yet – but every season we think this, so why does this campaign look like the most unpredictable, and fierce yet?

Leicester upsetting nigh-on insurmountable odds to become Champions last season was a complete fairytale, and who is to say that a repeat isn’t on the cards? Well, the much anticipated battle of the managers may have something to say about that.

Jose Mourinho and Pep Guardiola pick up their weapons that they last brandished in LaLiga for Real Madrid and Barcelona respectively, but now fighting for the opposite sides of Manchester. Then, you have Claudio Ranieri, Antonio Conte, Wenger and Pochettino, Koeman at Everton……

Not only do we have the above duking it out, we have had a blitz in the transfer window. Money being hurled around as if it is going out of fashion, as each team seeks the players that will give them the edge in the league. So many big-money moves that leaves the fans salivating for the moment they get to see their teams marquee signing in action.

So, can we with any accuracy, predict where the teams will finish? Which outfits will be in the title fight? Who will be finishing in the European places and who will be fighting tooth and nail to avoid the trapdoor? If you think you have what it takes, then Premier League prediction app, Dohyo, let’s you set up leagues with your mates to see who is the top dog and who is their groups Jon Snow.

Are there any pointers that may aid us to peer into the future – or at least May next year? Poring over the teams, managers and players may hold the answer…..

Will the Managers make the difference? 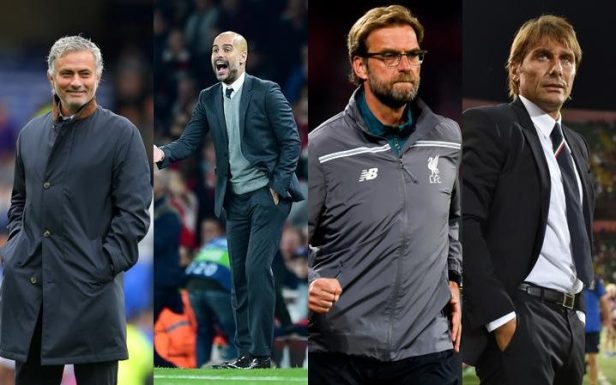 The headlines have been dominated for once by the men who take the helm of their clubs, as the cream of European football have gravitated toward the Premier League. The two men who dominated LaLiga in their time – Mourinho and Guardiola – have grabbed the reins at Manchester United and Manchester City, and will renew the rivalry which set Spain alight. Both men have found themselves at clubs which allow them freedom in terms of spending too, which means that the revolving door at both clubs has seen some action.

The manager who no one could hate, Claudio Ranieri, will have his work cut out to repeat the unrepeatable at Leicester City. His first title win, and transforming his side from relegation fodder to Champions, is Hollywood stuff, but can he do it again? He concocted a system which worked so effectively last term, but will teams have found a way to combat the lightning-quick countering which was the Foxes weapon?

Then we have Arsene Wenger and Mauricio Pochettino. For so long last season, the young Argentine looked like he had cracked the secret formula to finishing above Arsenal – something Spurs have searched for for twenty years. All the way from January until the last game of the season, Tottenham destroyed their opponents with the lethal Harry Kane, the mercurial Dele Alli and a rock-solid defence, but they spluttered over the line and left their neighbours open to snatch the runners-up spot and gain superiority once again. Will Pochettino have learned from his mistakes? Will Wenger finally be able to avoid the slump which derails his side year after year?

Then we have Antonio Conte. His brave Italy side performed so well at Euro2016, and the Italian taskmaster will have his work cut out at Chelsea. The Blues finished tenth after previously winning the Premiership, and their season was over before it begun. Conte can look forward to a strong squad though, and he has made additions.An absence of European football may just give him the edge too.

Another manager who can look forward to an uncluttered fixture schedule is Jurgen Klopp. He has also stated that the side he has constructed is finally one of his own, so this season should see an improvement on the previous one. Klopp had his first pre-season with Liverpool and his players would have been put through their paces to acclimatise to his physically sapping ‘Gegenpress’ tactic. Liverpool look odds on to push on from their last campaign.

The other side of Merseyside have had a change of manager. Everton fell away sharply last season under Roberto Martinez, and wasted no time bringing in Ronald Koeman, himself fresh from overachieivng at Southampton. The Toffees fans may be bereft of Romelu Lukaku, if the expected happens and he moves back to Chelsea, but brighter times are expected.

Then we have Alan Pardew constructing a strong squad at Crystal Palace, Slaven Bilic will be keen to right last terms wrongs by moving his West Ham side into the Champions League places, and Mark Hughes saw enough improvement to believe that his Stoke side can make their presence felt.

Whew. Plenty going on, but what business will make the difference for each side? Has their been a player transfer that is destined to justify the exorbitant faith placed upon them? Read on….

The window has seen many headlines, but chief among them has been the protracted sage of Paul Pogba’s move to Manchester United for a reported £89million. The Frenchman is highly rated, and could alone make a huge change for the positive to United’s midfield. His seasons for Juventus have been evidence that whilst the price tag may be the biggest ever paid by a British team, Mourinho may have pulled a masterstroke, if the Frenchman can continue to boss his area as he did in Turin.

It isn’t just Pogba that Jose has written cheques for though. Eric Bailly in defence, the big personality and frame of Zlatan Ibrahimovic, and the invention of Henrik Mkhitaryan are the four big names, and when allied with David De Gea, Rooney, Smalling and Rashford, a strong spine has been formed. United will go close. 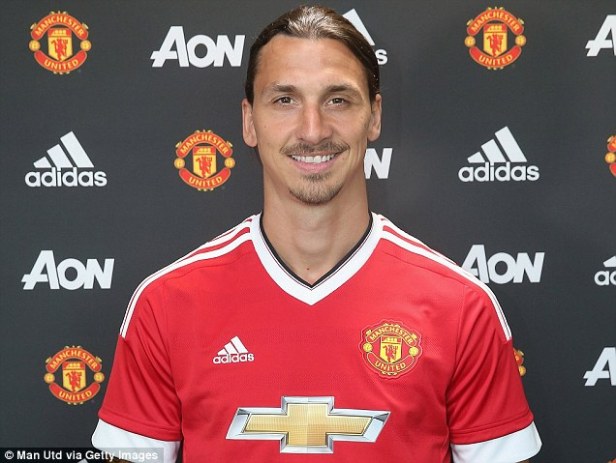 Guardiola hasn’t exactly been shopping in the bargain bucket either. Leroy Sane, the highly prized German winger, has been brought in for just over twenty five million, and Ilkay Gundogan from Dortmund joins up, to bolster what is already a strong midfield. If Sergio Aguero stays fit, new boy Nolito can add a few goals and they can adapt to Guardiola’s tactics, then City will again be contenders. 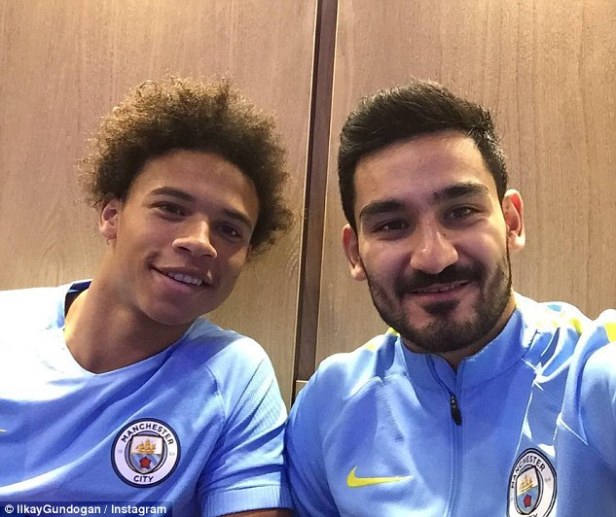 What of the others? Liverpool have been very busy, with Sadio Mane, Joel Matip, and Georgino Wijnaldum the big names coming in. With an already strong squad, Klopp may have the final puzzle pieces in place.

Arsenal have spent big on Swiss midfielder Granit Xhaka, and he adds to a huge list of midfielders that most teams would die for. A striker would still be a good move, but there is nothing on the cards….yet.

Leicester have signed pacy Nigerian Ahmed Musa in attack to lighten the load on Jamie Vardy, who opted to stay rather than take Arsenal up on their offer of employment. They did however, allow N’golo Kante to join Chelsea, the midfielder who many pundits think was the driving force behind their title win. Noises still circulate around their other star performer – Riyhad Mahrez – but if they can keep hold of the Algerian, they can look forward to another season of optimism.

Other moves that may have slipped under the radar were Marten De Roon to Middlesbrough, the tough tackling midfielder from Atalanta, and lethal Spaniard Alvaro Negredo from Valencia. Crystal Palace have bought well, with Andros Townsend and James Tomkins coming in to patch up weaknesses in the squad.

Tottenham have snapped up Victor Wanyama from Southampton and Vincent Janssen from AZ Alkmaar, the sought after Dutch striker. Swansea have another striker to pin their hopes on like when Michu lit the Liberty Stadium up a few years ago, as Fernando Llorente has moved to Wales.

Southampton appear to have been picked apart once more, but new manager Claude Puel has acted quickly to bring in Pierre-Emile Hojbjerg from Bayern Munich and Nathan Redmond from Norwich, and the livewire winger will have to bring his A game to ensure the Saints don’t fall below last seasons level.

There are others that may be the surprise that is a catalyst to their teams efforts, but these are the moves that have lit up their respective fanbases. The most amazing fact about all this is, that there is still two weeks before the transfer window shuts!
The last day of the window always brings drama, and most teams will be keeping their eye open for last minute bargains, which makes any predictions extremely hard to make.

Sticking my neck out, my prediction for next season is as follows:

Think you can do better? Make your weekly predictions on Dohyo, and use your knowledge to best your friends! I hope the tips above help, and good luck!