We’ve been blessed with strikers.

The best of the best belong not only in our Hall of Fame, but amongst the finest o have kicked a ball on these shores.

Dennis Bergkamp, Thierry Henry, Ian Wright. Three household names, each one conjuring up instant images for us all of the heroics they entranced us with on the pitch.

It doesn’t stop there though.

Alan Smith, Robin Van Persie – they both performed above and beyond in our colours. While the Dutchman may have sullied his reputation with his departure and the term surrounding it, his numbers and performances were exactly what we have come to expect from a player pulling on an Arsenal jersey. He pulled average players up a few notches, he was the man that the team revolved around in his last two seasons.

Arsenal have others too, that on paper, certainly warrant respect and gratitude for what they achieved during their stint. Short or extended, they banged in the goals while they were with us. Eduardo, Olivier Giroud, Pierre-Emerick Aubameyang, they have held the line for us and left us with memories of some spectacular moments.

It is obvious that some will split the fanbase. Some will have the stock of a player higher than others.

And that is very much the case for Theo Walcott.

The speedy wideman will result in some very contrasting opinions from whomever you ask.

This article is here to say though, that he undeniably deserves to be amongst the best in The Emirates era.

Skill-wise, he won’t quite register amongst the heavy hitters.

Or perhaps even better, let’s say this is a pub quiz – and here are the questions:

What Arsenal player has the sixth most goals for the club in the Premier League?

What Arsenal player has the 7th most assists for the club in the Premier League?

What Arsenal player averaged a goal or assist every two games?

What Arsenal player has the eighth most appearances for the club in the Premier League? 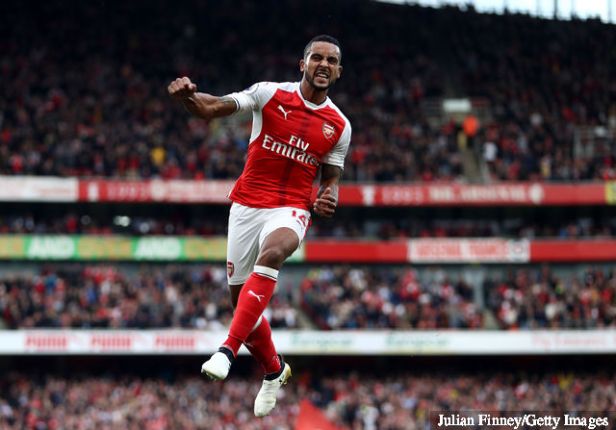 These numbers scream of a player who made an impact. Who made a difference while they played for us.

We all know that Walcott at times infuriated us. We know that there was a time when the player insisted that they should play in a different position, despite his coach knowing that a wide forward position would get the most from him.

Despite all that though, for us he gave his all and was the consummate professional in the eleven years he played in the red and white.

Walcott also had a handy knack of scoring in the big games – a mark of a player who belongs in amongst the best.

When we needed him, for the majority of his time, he came up with the goods.

Goals, assists, showing up in big games, surely he deserves a little more recognition than he currently gets?

I’m not here to say he was one of the best in recent memory, because he wasn’t.

But was he better than his reputation?

I hope this might go a little way in changing at least one person’s opinion.

One thought on “The Walcott Consensus”