Not that being frugal has ever really applied to football transfers, but the increasing frequency of top clubs looking at a loan move instead of a full transfer is probably buoyed by this fact as well as one other.

It enables a club to see if a target is indeed the correct fit for the team. The many variables that can mean the difference between a seamless transition for a player and a failed experiment that could lead to a broken dressing room.

It comes down to much more than if a new signing can deliver the goods on the pitch. If they are a jarring influence in the dressing room, on the training pitch, then it can be almost as disastrous as a lack of performances on the turf.

They may struggle with authority figures, they could even end up simply hating the area of the UK that they live in.

All of these factors can be given the litmus test with a loan, and Dani Ceballos was beginning to look like a real boon for Arsenal.

The Spaniard arrived with quite the fanfare. Ceballos was hot property and not many foresaw the talented playmaker coming to struggling Arsenal. The fans loved it, despite Ceballos’ insistence that he didn’t want to extend his stay at the club beyond the season’s arrangement. He wanted Real Madrid and this trial would enable Ceballos to not only remind Head Coach Zinedine Zidane of his potential – but it could also allow him to force his way into Spain’s Euro reckoning.

What did he need to do the above? He needed games, regular and with a degree of success. If Ceballos could benefit his loan club, then he could look forward to a fruitful future at the club he adores – as well as a busy summer with his national side.

It all started so well too. 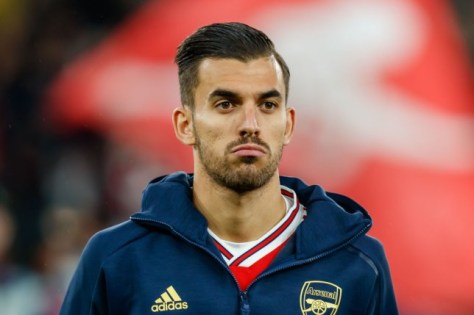 Ceballos was a rare bright spot for Arsenal as we began the season in patchy form. His touch and instant ease with which he interacted with his teammates with the ball was a ray of optimism. So much so that when he was injured against Europa League opponents Vitoria, our fans lamented his absence.

And rightfully so to a degree. After Ceballos’ bright start, we were able to see how his presence could possibly benefit us – but he faded rapidly. Before his injury he had been consigned to the bench, a series of cameo’s was how Ceballos didn’t want to be operating.

We had all expected Ceballos to continue his form, but he tailed off, his adaptation to the Premiership not quite complete.

Upon his return to fitness, he has found his way to the first team blocked once again, as new boss Mikel Arteta has preferred other options other than his compatriot in his selections. We have seen nothing from Ceballos on the pitch, and it is with no surprise that his loan deal was discussed to be terminated early.

The very reason why Ceballos wanted to join Arsenal on loan was also the catalyst why he wanted to leave early. He needed gametime, and he was not getting anything at Arsenal.

It may have left our squad a man lighter than before, but why keep a player that presents no future with us?

We should instead use those minutes that would otherwise have gone to Ceballos, to develop a youngster who can push us forward in seasons to come. It makes us stronger, and Arsenal should come first. It means that if Ceballos continues to ride the bench, it’s positive for another player who represents the future of the club.

This of course isn’t transpiring – Arsenal and arteta want Ceballos to stay and fight for his place, but does he have the hunger to do so?

A loan move that terminates early may fall short of the ultimate aim – to acquire a road-tested player who can hit the ground running.

It does though, enable us to avoid another costly error that leaves us lumbered with a wantaway player who doesn’t deliver the goods. Such are our struggles, we need every player on the books to be facing the right way and playing well.