The game has changed massively over the years. In fact, blink and the version your eyes see will be different to the one pre-blink.

Perhaps not, but season after season changes the sport we all enjoy. Just look at this latest incarnation of the Premier League. VAR has transformed how we view all instances, and even how we celebrate goals, a hush falls over player and fan alike as we wait for the permission to celebrate or commiserate.

Surely though, the values that embody a captain of a football club haven’t changed, have they?

Maybe they have. As the sport changes, does a role within a team have to change? Take a midfielder for instance. It used to be that a man in the centre didn’t have to be a presence in both areas of the pitch and have a skillset reminiscent of an elaborate Swiss Army Knife.

There are still roles on the pitch that demand a very ‘boxed-in’ set of talents, but as the pace in the Premier League speeds up and the technical quality increases exponentially, it means players must rise with it, or fear being left by the wayside and plying their trade in the lower leagues.

A captain though, what does it mean to lead the team out week on week?

That is how you pick the right man for the job. The Skipper predominantly is the middle man between the manager and the team on the pitch. Relaying dynamic instructions from the sidelines, and picking up when those instructions slip.

The man wearing the armband is also the mouth for the team, when decisions require a quick convo with the man in black he is the one who must offer his side’s argument, or try and appease the ref if he is thinking of reaching into his pocket.

Both require a cool head, a temperament that can remain literate even when the red mists have descended.

So, from our pool of five captains, do any of them tick these boxes?

The first choice who will be the skipper for the majority would have been Granit Xhaka – before Monday’s events. 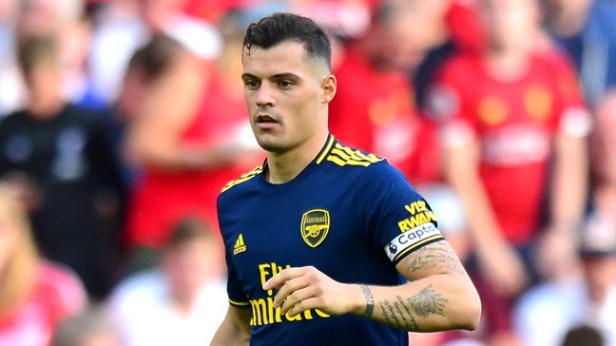 This has been a major point of consternation in our fanbase. The Swiss man divides opinion in a big way, and his high profile errors have stained his copybook with many. Can a player who is letting the side down, then expect to pick up his teammates and squeeze out an extra five percent of effort from them?

Alternatively, Xhaka is one of the few players we have that does attempt to keep his teammates on their toes. After we score, you often see Xhaka point to his head in an attempt to show his comrades that THIS is the time that demands concentration.

You need the man wearing the armband to be the arm round the shoulder in times of crisis or duress. You need the skipper to be the man stepping up when his men need them to. The old-school version of a skipper may well be a thing of the past, but some of the attributes are still highly relevant.

His actions after being booed now mean that we need someone else to stand up. His tenure with the armband is over, his temperament is not suited to lead the team.

We do have some prime candidates for the armband, such as Hector Bellerin and Rob Holding. These boys seem to be well stocked in heart and cold hard sense when it matters most, but is it too soon to name players of their age?

Because there is one facet of wearing the armband that is more important than anything else. We have had captains that have lacked it and the results were expectedly poor.

A captain should above all else, love the club that they represent. They should see the captaincy as a privilege.

Can we say that about Xhaka?

Because we can certainly say that about Bellerin.

What do you think?