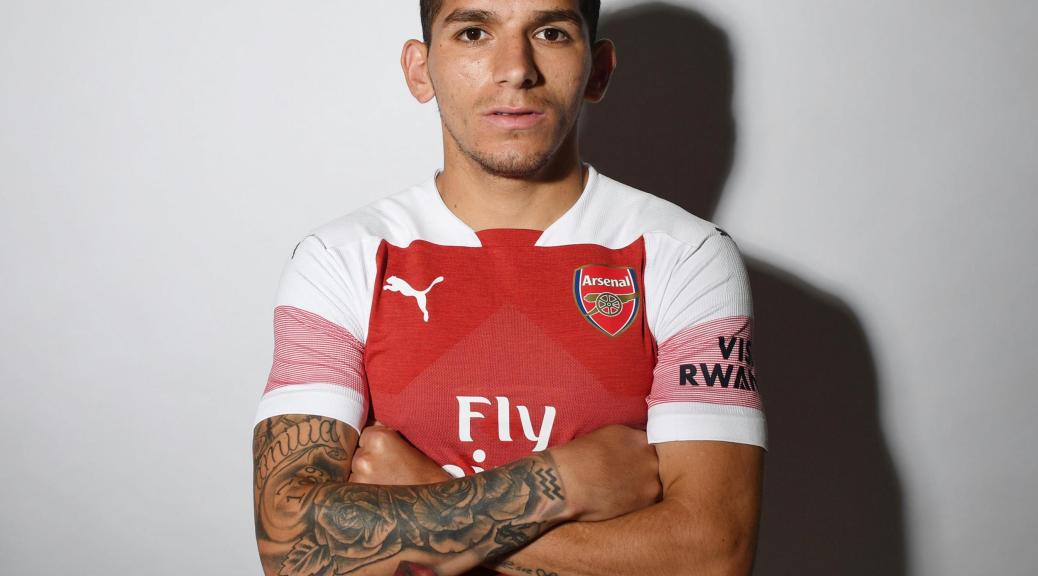 Arsenal unveiled Torreira yesterday, with photos and videos aplenty coming from the Arsenal media team. His signing heralds a new dawn for our club, it seems to be the moment we have finally purchased a player who can cure the ills of our midfield of late.

Torreira’s signing has cost the club in the region of 25m Euros, and with stats like his, it’s easy to see why.

Unai Emery was there to welcome the Uruguayan to London Colney, and told the Arsenal media team;
“In Lucas Torreira, we have signed a young player who is a very bright talent in the game. A midfielder with great quality, I have enjoyed watching his performances for Sampdoria in the past two seasons, and we all saw him do very well for Uruguay in the World Cup. He is a young player already with good experience, but who wants to keep on growing. We welcome Lucas to Arsenal and look forward to him joining us soon for pre-season.”

Emery touched upon the diminutive midfielder’s amazing displays at Sampdoria, where he made more tackles than anyone in the last two seasons, showing he is consistent as well as combative – two qualities we have lacked at times.

He is no one-trick pony either, as he amassed 87% pass completion and averaged a chance created per game last season, showing he can mix it in the final third too.

Being only 22, he may need a period of acclimatization after he joins up with the squad in August, but when he picks up the pace of the Premier League, he has all the skills necessary to provide our team with the perfect destroyer in the centre of the park.

Torreira showed he has levels too, which may negate the need for a month or two of finding his feet. He appeared in all five of Uruguay’s games in their run to the World Cup Quarter-Final’s, and his displays were full of verve and strength, not once did he look out of place.

Torreira will wear the No11 shirt when he finally dons the jersey, and we may have to wait to see him make his debut, but we can rest assured that he is finally confirmed and he is definitely ours, after weeks of hearsay.