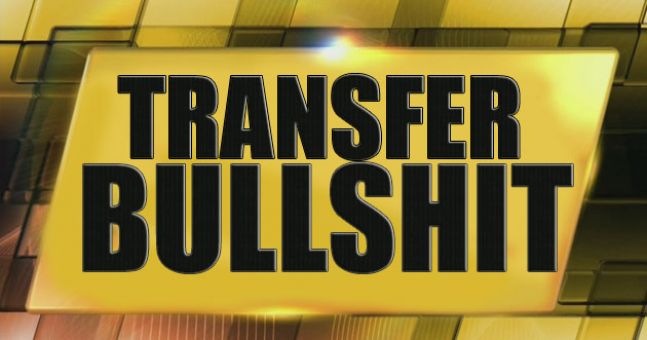 If it weren’t for the likes of Twitter, Facebook, Instagram and its cohorts, then we would never see as much as we are used to now. We are spoiled as we get to peer ever deeper into the inner annals of our club, and we lap up every second as we devour lasciviously.

On the other hand though, its open nature gives rise to anyone with an opinion – and there are far too many idiots on this earth to avoid stupidity.

Like the Oort Cloud that circles our solar system on its outskirts, with so many opinions floating in the cyber ether, we are peppered with collisions from those who wish to cause a splash and nothing more. They feed from our reactions and they want nothing more than to claw in retweets, likes and shares.

This strategy, although not exactly complicated, has worked wonders. So much so, that new accounts are popping up regularly to spout their rhetoric and self-promoted wisdom.

We are all familiar with a host of these types – the ITK’s as we are all accustomed to labelling them – and their kind are a blight upon the web landscape at the best of times.

But when it’s time for the transfer window to creak open and signal business hours for clubs has officially begun?

It’s like a cloud of gnats, smelling blood. You can swish your arm at them and take out a few, but the cloud remains, supping at the goodness.

This window is no different, and with Unai Emery’s appointment injecting a little more enthusiasm than in recent years into our fanbase, the ITK brigade have set out their stall and attempted to lure the unsuspecting with their dross.

The gullible can’t be blamed – haven’t we all fallen for a steaming bowl of hyperbole once or twice? – but the proof in the pudding is that these accounts have thousands, tens of thousands – even hundreds of thousands of followers hanging on every click of their rancid keyboard.

Those of us that have learned our lesson are well aware that on the quest for truth, very few actually have what we are looking for – and that is genuine Arsenal news. BBC Sport’s David Ornstein is perhaps the finest purveyor of veritas we have in our midst, but the dearth of real news makes it even more understandable why the bullsh#%%ers are still in action.

A good friend of mine described these phoney’s in the best way, and it rings true.

The sheer amount of player names that are spouted by these idiots means that – by law of averages – they will have a name that they predicted will sign. They will use this emblem of luck to stave off all others who point out that there are 98 other names they have predicted will sign within the last week – and all were lies.

We know that the inner sanctum of Arsenal is a tight-knit one – and if news isn’t meant to go out, then very rarely will we get a sniff.

So how can Ben from Hemel Hempstead – Assistant Manager at Urban Outfitters – know that Ousmane Dembele is in negotiations with Arsenal? Did he set Sven Mislintat up with a nice pair of chino’s and as a favour, the German gave his number out as a hotline?

Or perhaps Gareth, trolley attendant at Sainsbury’s, made sure that Raul Sanllehi got the last trolley for his weekly shop, and Arsenal’s man behind negotiations was so overawed by this generosity that he confides in Gareth on a weekly basis?

We only have ourselves to blame, unfortunately.

The footballing landscape has changed, and now rumour is almost a currency. Those that make outlandish claims or put their hands up to ‘confess’ that they have insider knowledge of a deal taking place that all fans would love to see materialise, enjoy the spotlight. News, at least the loosest sense of the word anyway, is what we all want, and these liar-mongers are more than happy to fill our timelines with their own particular brand of fertiliser.

Where one succeeds, others will follow, and now we have a giant asteroid field that none of us can escape unscathed from.

This window will perhaps be our worst yet. Links to players we all know won’t sign for us will blot our vision as we look at our screens, and we’ll be swept away in a torrent of crap, saved only by the lifejacket that is common sense.

So, that link that says we’re going to purchase that 60m winger? Give it to them both barrels.

Social media is double-edged remember, and we need to keep that in mind – so cry foul on those spurious rumours.

It’s time to fight back. Buckle up, this window is going to be a rough one.