Did you know that Joel Campbell is now our fourth most capped player – ever?

He earned his 72nd cap as an Arsenal player in the 2-0 loss to England in a pre-Cup friendly which made him our 4th highest at the club, level with David Seaman.

Looking at it from a distance, this is quite some achievement. Yes, Costa Rica doesn’t have a plethora of competition for places like other nations, but a fine injury record and a maintenance of form has seen Campbell rack up the appearances for his home nation.

What really puts it in perspective though, is when you consider how little he has played for his club – and the lengths he has had to go to in order to get gametime.

Campbell has been with us for seven years. That’s a mighty long time, and yet his Arsenal appearances amount to just 23 – most of those during 2014-2016.

To get that crucial time on the pitch, Campbell has gone on loan spells to Ligue Un with Lorient, La Liga with Real Betis and the Greek SuperLeague with Olympiacos – in all of those seasons he earned more starts than in his combined and lengthy Arsenal career.

What has the Costa Rican done to be shunned like this? Is it a limitation on talent? Certainly not. He may not be a permanent starter, but in his time in an Arsenal jersey he showed exactly what he has to offer. He has incredible strength, he can adapt across the forward line, playing wide and cutting in, or ploughing a lone furrow up top. He has an assured touch and isn’t terrible in front of goal. Campbell is more than good enough to be an option in the squad. 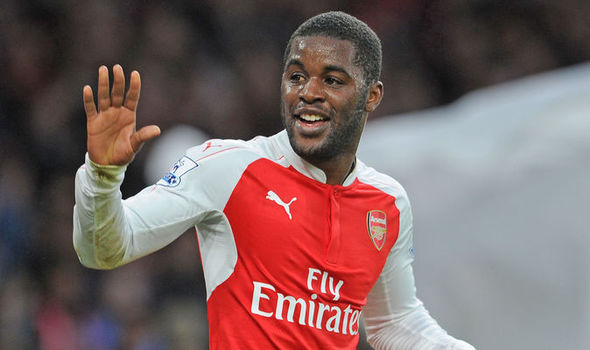 And yet we will never see him wearing an Arsenal shirt again. After seven years as an Arsenal player in nothing but contract, Campbell will never play on our Emirates turf.

This will be his second World Cup at just 25 years old. He has amassed experience across many corners of Europe and still has potential, but Campbell has worn an Arsenal shirt for the last time.

If he did manage to assuage Unai Emery to grant him a squad place – a place on the bench would be tough enough to acquire.

As a centre forward, Aubameyang, Lacazette and Eddie Nketiah are his opponents.

With our attack well stocked, it is likely we have seen the last of Joel Campbell, despite it being unconfirmed as I write. He can consider himself unlucky to not have been given a fairer crack of the whip, but the Costa Rican can hold his head up high when he did play for us.

Chances are that Campbell will join Galatasaray, and a lengthy Arsenal career that never truly threatened to take off, for whatever reason that is, draws its curtains.