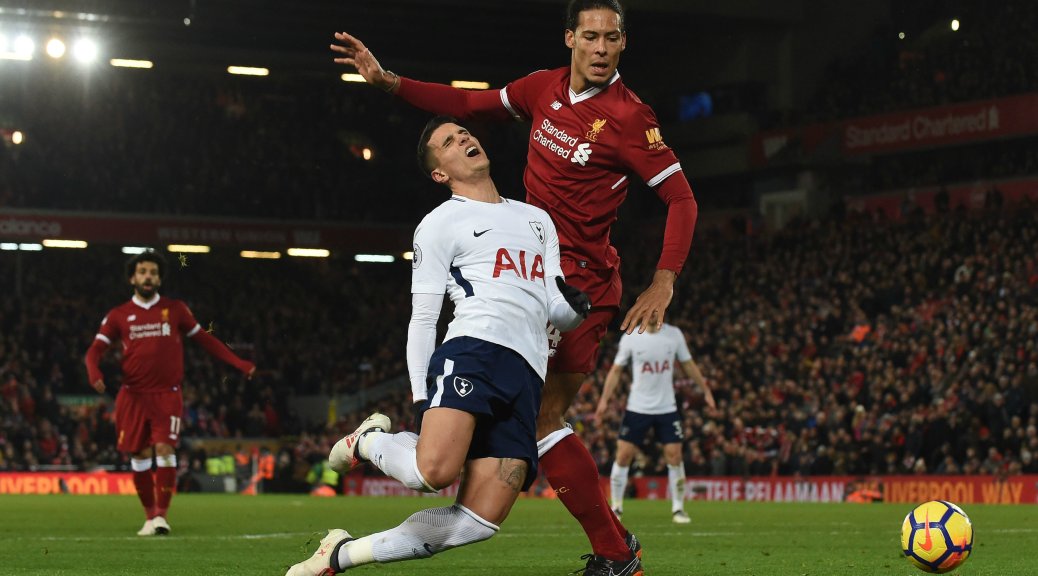 The recent match between tottenham and Liverpool illuminated an alarming facet of the modern game.

The game ended in a 2-2 draw, but only thanks to some erroneous decision making that was then judged by the majority of authority figures to in fact, be on the correct path.

The game swivelled on two late penalties – both for tottenham – and on close inspection, with the aid of slo-mo technology and a myriad of angles, we can surely all see that both spot-kicks were incorrectly given.

We can forgive the referee, Jon Moss, for giving them. In the speed of the game, some things take on entirely different views and mistakes are commonplace. If VAR was in place though, then neither would’ve been given, right?

Jon Moss was in conversation with his fourth official for the final penalty – when Virgil Van Dijk ‘collided’ with Erik Lamela – and after a lengthy discussion, he judged that the Dutchman had brought down the Argentine winger. Moss even asked the fourth official for the use of VAR – even though the technology wasn’t available for this game. 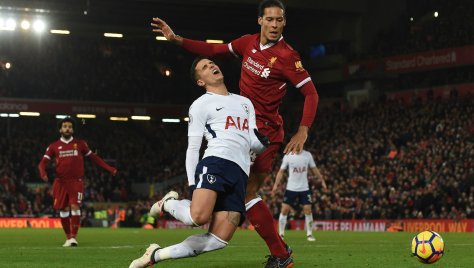 If Moss was so unsure that he needed the benefit of a TV replay, surely he shouldn’t have given it?

Jurgen Klopp raged after the game, the German coach was obviously convinced his side had bagged the points after Mohamed Salah had scored in extra time to put Liverpool 2-1 up.

Mark Clattenburg was asked in the days afterward regarding the awarding of both spot kicks and said that both were incorrectly awarded – but he was in the minority.

Harry Kane, when asked by BBC Sport about the award of the first penalty, when he went over Lorus Karius’s dive, said “I felt contact so I went down. I’m not going to jump out of the way because it’s football.”

Dejan Lovren was incensed about the penalty, and Van Dijk was quite candid, saying that Kane dived. 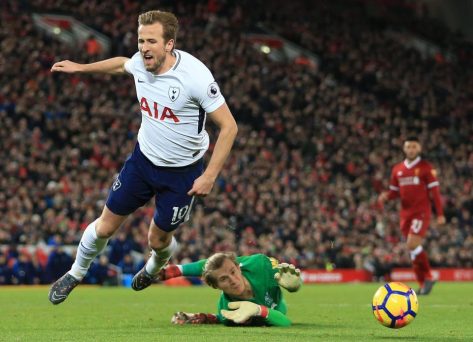 “The softest touch in the whole game decided the game. Lamela was already on the way down.”

The PGMOL, Jermaine Jenas, former referee Dermot Gallagher and a host of other supposedly respected voices in the game all branded the penalties correct.

What does the actual law state for a penalty though?

‘If a player commits a direct free-kick offence in the penalty area, then a penalty is awarded.’

What constitutes a direct free-kick offence?

‘A direct free-kick is awarded if a player commits any of the following in a careless, reckless manner or using excessive force

kicks or attempts to kick

strikes or attempts to strike

trips or attempts to trip.

Raheem Sterling, Ashley Young, Delle Ali, Harry Kane, Ander Herrerra are all serial offenders, using a trailing leg or their forward impetus to sway the referees into a decision. Even our own players aren’t above simulating to earn an advantage – Welbeck vs AC Milan anyone?

Contact is going to be made in the game, and when a corner is swung in, players clamber over each other to gain leverage, yet no spot kicks are given. Harry Kane used Laurent Koscielny to climb and score the winner in the recent North London Derby, yet he wasn’t pulled up for this.

There are instances when players are unfairly penalised for not going down under a tackle, as the referee believes it isn’t a foul as the player hasn’t fallen to the ground like he’s been shot.

It is this that has led to players feeling justified in going to ground when they feel any form of contact. Why should their team lose out?

The game has changed, but it’s on dangerous footing. The current decision making is inconsistent and it can lead to massive errors.

Errors that can hardly have bigger ramifications with the financial rewards in the game.

VAR needs to be the impartial factor we all know it could be, but if match officials believe that contact constitutes a penalty, then what hope is there?