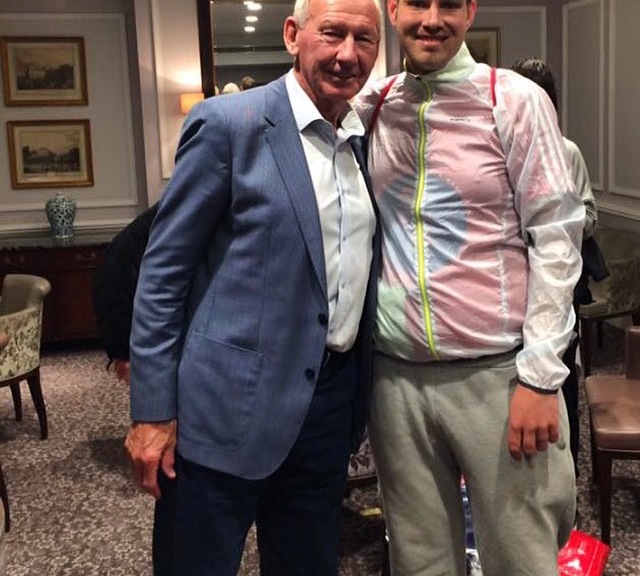 Charity events need to push the boundaries further each time in order to gain the deserved level of publicity.

This unfortunately means the person performing the boundary pushing needs to go through some sort of ordeal. One that has most onlookers donating through sheer pity for the poor guy or girl suffering.

Suffering for a worthy cause though. One of those causes is particularly close to Gooners hearts.

The Willow Foundation was created by Arsenal legend Sir Bob Wilson and his wife Megs. They started Willow to help people aged between 16-40 going through horrendous illness and punishing treatments.

Willow gives people a perfect day just when they need it most. A VIP day at their beloved club. A holiday to forget about the debilitating and sapping disease and remember who they are, even for a short time.

Or, the perfect moment could be renewing their wedding vows, just like Luke James. 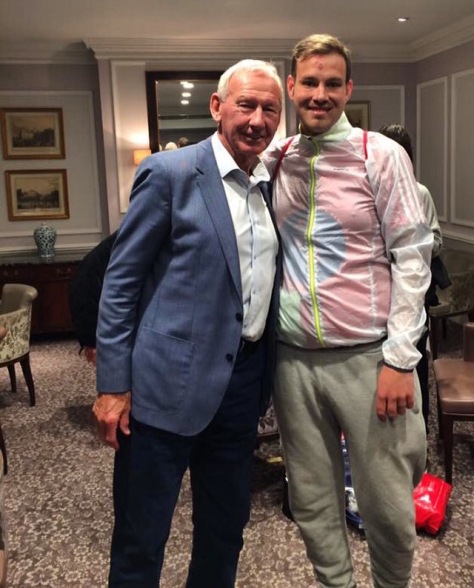 Luke was diagnosed with Non Hodgkins Lymphoma on the 3rd December, 2006. It was his one year wedding anniversary. This particular strain affects the immune system, and Luke soon began to struggle. This meant his family struggled too.

Worse was yet to come,if that was possible. Luke was given just 40% chance to live. His new wife and their two young children were looking at a future without him.

It’s obvious that Luke survived these insurmountable odds, as he is the subject of this story. He survived thanks to more than six months of chemotherapy that left him unable to stand on his own at times. His family were on their proverbial knees, Luke was literally on his.

During his treatment, Luke was introduced to The Willow Foundation, and he used their inspirational stories to get off the ropes. They gave him the hope he needed, when all seemed to be slipping away.

Willow vowed to do something special for him in order to help him fight through. Luke and his wife Kathryn didn’t want their wedding date to be forever paired with the misery that has followed them around. So Willow offered to help them renew their wedding vows, give them the day they deserve.

Now, Luke wants to pay them back for helping him get his life back – and countless others.

Last year, Luke ran two marathons within a week. This would be gruelling for a pro, but Luke is as regular a fellow as you’re likely to meet. Yet, he pushed himself to do it for the charity that gave him so much.

Now, for some crazy reason, Luke is doing it again – but doubling his efforts.

Luke is planning to run 4 marathons in a month. Manchester, Brighton, Milton Keynes and London are the roads his poor limbs will be running on.

He needs your help. Not to run all those miles – he is firmly on his own there – but he needs your donations.

If his story has struck a chord, then just click here. It is Luke’s Just Giving page. Whatever you can spare is gratefully received.

Let Luke run the miles, tear his feet to shreds and suffer ice baths and aching limbs. All we have to do is give a little bit of cash – and we can get the warm glow knowing we’ve made a difference to someone’s life.

Luke is doing something incredible, both physically and selflessly. Let us give him the support he will need when he is on his own running on empty.