Football in its modern incarnation goes hand in hand with glitz and glamour.

Whether we enjoy the sparkle and popping champagne bottles that are intertwined with our game or not – it certainly doesn’t hamper the numbers which enjoy the game – compared to days gone by.

Playing in the capital of England certainly helps brighten the bulb that illuminates the players every move. London is synonymous with the cutting edge. Forward-thinking, hip, and most definitely where style resides.

Football is no different, and the annual London Football Awards this year have gathered the finest that the capital has to offer  – and all for a worthwhile cause.

The roots of the London Football Awards (the LFA’s) lie with Bob Wilson and the charity he and his wife Megs started from the ground up – Willow.

It is all for a great cause. Willow is the only charity which grant Special Days to seriously ill 16-40 young adults aged between 16-40. It means they can reconnect with their family and forget the all-consuming battle they face every day. Over £200,000 was raised last year, and with a good push from all present at the event, a better figure could well be raised.

This special night celebrates the very best that the capital has dished up on the pitch in 2017 – and all clubs within London are recognised.

Arsenal, Chelsea, West Ham, Tottenham, QPR, Crystal Palace, Watford, AFC Wimbledon, Charlton, Brentford, Barnet, Fulham, Leyton Orient and Millwall are all nominated for an award, and players and managers old and new will be present to add the delicious element of celebrity to the event.

Previous winners and attendees have been Arsene Wenger, Aaron Ramsey, Harry Kane and Dmitri Payet – and this years incarnation will be sure to have the photographers flashbulb white-hot.

These accolades for the best that London has to offer will be held at Battersea on the 2nd of March, and the awards themselves cover the whole genre that is football.

I will be attending in an official capacity for Willow, quizzing the players and people connected to the clubs, and I’ll be penning an article which will give you all the scoop from the Awards night.

London deserves its own night to honour the best exponents of the footballing industry – and the LFA’s are the ideal platform.

Keep them peeled right here on The Hot Stepanovs for all the news! 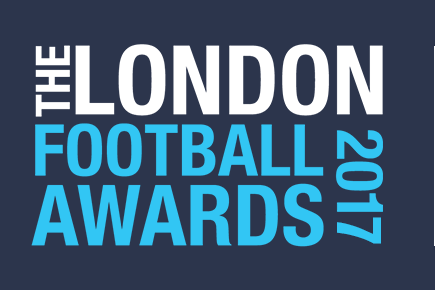