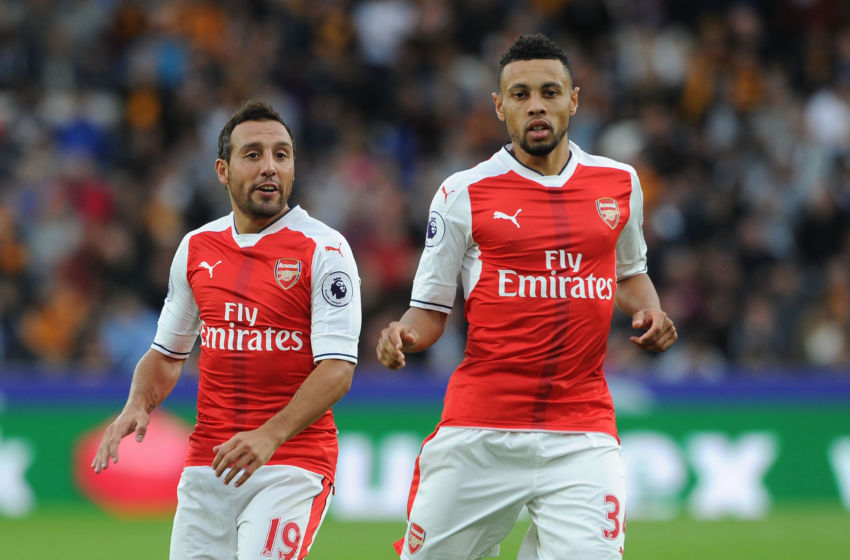 The world is riddled with powerful combinations. Strength comes in numbers and things are normally improved when they are in pairs. In fact, some of the best things come in duo’s.
Fish and chips. Reeves and Mortimer. Pie and gravy. Beer and kebab. Sex and cigarettes. All these examples are stronger through their holy union – but separate them and as singular units, they lose something. Vic Reeves is a hilarious talent, but without his cohort Bob Mortimer, the entertainment drops. Sex is brilliant, but the full stop the cigarette provides afterwards is the cancer-ridden cherry on the sweaty cake.

You see, some things are meant to be allied with another. A matrimony which only enhances the strengths of the other. This pattern transfers over to Arsenal’s midfield at present.

The centre of our team has always had a pairing which dismantled the opposition and simultaneously added bite to our defence. Thomas and Davis, Vieira and Petit and later Paddy joined up with Gilberto, and both of these pairs had not only the all-important tools of the trade, but they had the most decisive factor which all midfield duo’s require if they are to conquer all that is put in front of them.

They knew when to attack, and when to hang back. They read the game and decided when to aid the forward line, and when to soak up the pressure. The telepathy was honed between the two, which in turn allowed a certain freedom for other players. They could rest easy as there was no player flagrantly floating instead of sitting in their command post.

Cut to the present day team, and there is a problem in the centre of the park. No longer do we possess a Vieira, or a Davis. We still have cumulative talent, but the bond is not there, and this factor is starting to tell in our results.

The closest we have to a welded pairing is Francis Coquelin and Santi Cazorla. Hewn from the heat of duress when the midfield numbers were down to the bare bones, Santi dropped back and Coquelin was drafted back into the fold. The rest is history, but what is the real reason these two work so well?

The stats don’t lie. Since Francis made his dramatic comeback, his ball-winning, tackling and distances run has been better than the majority of defensive midfielders. His desire and passion is a joy to see and while he may be limited, what he does he does well.

Santi Cazorla could not be any more of a polar opposite. Blessed with two feet who can wreak equal destruction, his low centre of gravity allows him to escape the tightest of spots. He wants to be involved in the play. Dropping deeper allows him to fulfill this desire. He collects the ball from Francis, and his bursts forward are a huge asset.

Take one of these away though, and the other is rudderless. Well, one of them is. Santi is so supremely talented that he can perform with whoever is placed alongside him, as long as they have defensive tendencies. Francis Coquelin however, is not as blessed.

A conversation with a friend recently on Twitter (thank you @thundermundt) highlighted the rest of the teams reluctance to offload the ball to Coquelin. Despite him being free, there were a number of occasions in recent games when he has called for the ball, but the ball has instead headed for a teammate who is much more marked.

This is due to Coquelin’s ability on the ball. Compared to the rest of the Arsenal players, he pales in comparison. So what do you do when your chief ball-winner cannot then do anything with the possession he has won?

You pair him with a dynamic, quick of thought player who can take the ball and make the transition from defence to attack. That is Santi Cazorla. When he is not available though, that is when Coquelin in the team means that, when we attack, we are effectively a man down.

Alternatives must be found. Mohamed Elneny is highly thought of, but on recent displays, he seems to be a player who requires a run of games to hit his level. He has disappointed this season. Then there is Granit Xhaka. 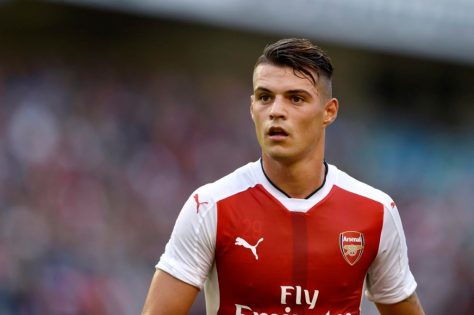 He lacks the burst of speed that Cazorla has, but he has the steel of Coquelin, his passing is at times exquisite, and he knows exactly when to go forward and when to sit back. Xhaka, if he can find his feet soon, looks to be the better alternative to Coquelin.

When the time comes to replacing Santi Cazorla, Arsenal have a major problem. Then again, so does Coquelin.