Boxing Day brought more than gifts, chocolate and vegetable-powered gas to Gooners – we returned to winning ways with a 1-0 victory over a stubborn West Brom side.

I was present in the stands for the game and the reaction afterward may have centred on our frustration to break down the Albion defence, but there was precious little left that we didn’t try in order to pry open the clam that was the Baggies backline.

Confidence was low, and that elusive thought process seems to make everything within the Arsenal team tick. With the win over Pulis’s defence-specialists, the confidence should be exactly where it needs to be – to play a team with the exact defensive mindset. 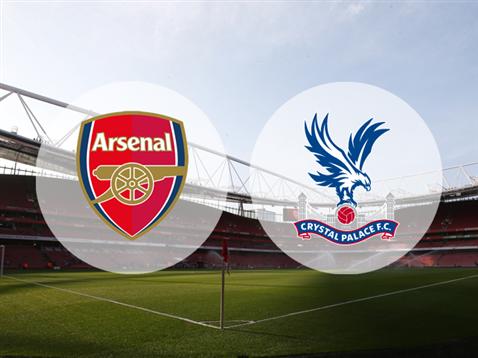 Crystal Palace now being managed by Sam Allardyce guarantees one thing, and that is a fight on the pitch. No inch will be given, and with Palace being the away team and not fully adjusted to Allardyce’s methods, the Eagles will rely fully on their swift ability to counter-attack.

So if we are to battle these counters, then it is timely we can welcome back the winning machine Shkodran Mustafi to the fold. He has recovered from his hamstring injury to be included in Arsene Wenger’s plans, but will he oust Gabriel as soon as he is fit? The Brazilian may have a reputation for rashness – well deserved at times – but his recent displays have been solid.

Another choice Wenger must deliberate over is whether Olivier Giroud will start again. His late match winner will no doubt help his cause, but he only started the game against West Brom thanks to Theo Walcott’s late injury. If we stick to the same approach, Alex Iwobi will start on the right and Alexis will shift to the left, and both players were the main troublemakers for our side on Boxing Day.

Danny Welbeck is also in full training, but may require a few weeks yet before he returns to the side. Theo Walcott was ruled out of last weeks win, and he again misses out. Santi Cazorla is still a couple of months away, and with Mohamed Elneny taking part in the Africa Cup of Nations soon, it leaves the fitness of Granit Xhaka, Francis Coquelin and Aaron Ramsey as imperative as ever.A large blow is the loss of Keiran Gibbs to a knee injury, so Nacho Monreal will start.

Palace should be able to call on James McArthur and Joe Ledley to bolster their midfield ranks, but if they are still unavailable, then a bromance reunion could be on the cards, with Mathieu Flamini taking to the pitch to follow Mesut Ozil like a puppy.

Allardyce has quite a list of walking wounded. James Tomkins and Loic Remy are just two that really could make an impact on their eleven, but injury has left the squad a little light. With Christian Benteke in the side though, if a supply line can be found then the Eagles could cause problems.

Palace have one win in their last six games and lie precariously close to the relegation zone. Their form is a worry, but with Allardyce at the helm, he is probably the best man to get the best out of the players.

In terms of Arsenal? The gap at the top is exactly the same as it was prior to our win against West Brom. The gap below us is the same too. We must concentrate on our results, and the gaps will shrink and grow as we need them too. With winning comes confidence, and confidence lures the best out of our players.

It is a circle, but we must complete the circle before it starts moving. Another win is the only requirement.

Oh yes, and fitness of key players, no suspensions and a sprinkling of luck.