It’s Christmas Eve, but despite the festivities elsewhere, there are precious few who are full of good cheer as Gooners.

Two consecutive defeats have happened before in our past, but few of our losses have been so surrendered so voluntarily as when we lost to Everton and Manchester City.

It has left many who follow our club wondering if the positive start we had made in the season was another false dawn, and that the same frailties that have blighted our seasons gone by still course throughout our team.

One of the few things to raise optimism is that with the defeats coming in the thick of the fixture congestion, we have an opportunity to remedy the losing run in quick fashion.

Next up is West Bromwich Albion. 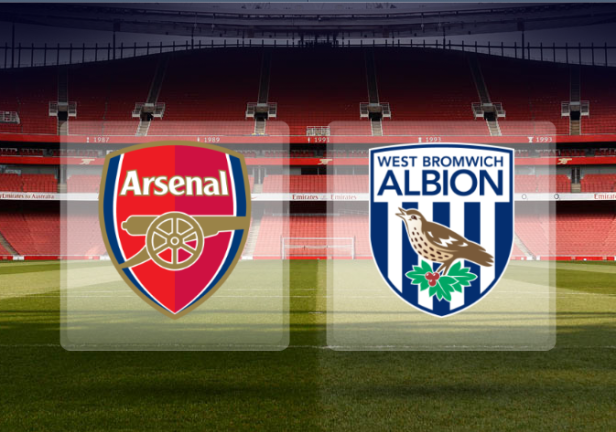 Our two losses have coincided with the loss to injury of Shkodran Mustafi, who will again be out of the team. Gabriel is again expected to deputise. Alex Oxlade-Chamberlain is out with a hamstring injury, but Aaron Ramsey has recovered from a similiar ailment and is in full training. It may come too soon for the Welshman, but a spot on the bench is not beyond his hopes.

Danny Welbeck is another who has returned to training, and what the England striker brings to the team cannot be underestimated. This game will not be within his sights, but a first team recall is nearing after not playing since April. With The Ox out and Welbeck still nearing a return, it should mean that Alex Iwobi has another chance to return to a semblance of form, and the same goes for Mesut Ozil.

The German has been firing this season, but a player of his talent was strangely anonymous in our last two games – both of them we lost. A player such as he has been through critical moments before and will return to his best, but it is not unfair to expect a little more from a man who is capable of destroying a whole team with one pass or movement. He has had a great season so far, but all eyes will be in him to see if he rises above the critics as he has done before.

The opponent could have been easier, as any team managed by Tony Pulis will test the fibres of their opponents, and the Baggies are a threat at both ends of the pitch.

West Brom have a reputation of a rock solid defence, but have only one clean sheet in their last fourteen. They will be helped by the return of Jonny Evans however, although James Morrison looks to be out. Salomon Rondon will carry the weight of goal expectation for the away side, and aerially, he will run the rule over Gabriel to see if he has the mettle to survive in the Premiership. If he dominates, then Rondon could very well see the long term prospects of the Brazilian at Arsenal hampered.

Arsenal also have a problem keeping clean sheets, and Petr Cech hasn’t managed one in his last eight – his worst run in his career. If the Gunners manage to keep out the Baggies, it will be a well deserved end to that run of leakiness.

Let us not forget last season when Cazorla missed a last minute penalty to earn a paltry point – West Brom will ensure we put in everything to win.

West Brom in their defeat to United last week really tested Mourinho’s team, and were ridiculously well drilled. It was only down to an Ibrahimovic moment of brilliance, and a deflected shot that Pulis’s men were undone. They will rock up to The Emirates with a gameplan, and the perfect way to undo this would be an early goal.

An early goal would also dispel any negativity in the stands, so Arsene Wenger must instruct his team to go full throttle from the off. That is when we see the best of our side, so hopefully a win and an entertaining show are in store.

Chelsea are nine points clear, and Liverpool and City have overtaken us. Not only this, tottenham are but one point behind. Three points or bust.

I will be at the game, and an in-depth review will follow the game. It would be much easier to write about a win….