When a youngster rises through the ranks like Jack Wilshire has – from the age of 9 – then the ties that bind them to their club are that little bit stronger.

From the footballing education that forms the malleable talent that dwells beneath, to the life education they receive on a day-to-day basis, the club and its infrastructure become intrinsically linked to the player.

From his teenage years where his bursting on the scene drew gasps nationwide, Jack was adored by his clubs fans, and a glittering career wearing the cannon of Arsenal was laid in front of him.

Fast forward some years later, and the now 24 year old Wilshire is on loan at Bournemouth – and a return to his spiritual home may not be the foregone conclusion that was at first advertised.

It was injury that curtailed Wilshire’s potentially stratospheric career path, and lots of them. With each ailment and tear, broken bone and ligament damaged, Jack took a step back. Months and months would go into his recovery, only for a handful of games and another setback. 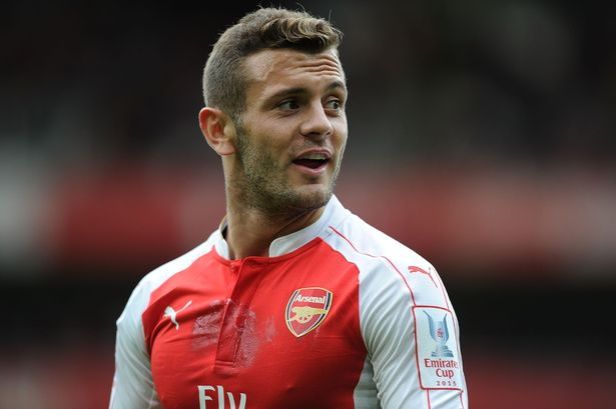 It is easy for the youngsters to enjoy the good times. When everything they touch is successful and wonderful things are being bandied around about them. It is when the form withers and the bench beckons though, that we see the true mettle of their constitution and desire. For Jack to spend so long out of action at such an age, must have been a drain and a constant shadow.

Fast forward to the start of this season, and Jack was once again on the comeback trail. He had again acquired fitness, and was searching for the sharpness which gives each footballer that last ten percent. That ten percent is the edge which the top players need.

That ten percent is only obtained through matches. The heat of competition. The problem with being repeatedly sidelined though, is that the grandiose plans your manager has for you, have to be constantly rewritten. Which means that they cannot rely on you and thus, replacements have to be bought.

These replacements then get settled, and before Jack knew it, these men that had been drafted in to act as filler until he found his way out of a leg cast had established themselves. So, our English hope had a choice – does he stay and yet again fight for his place? Risk putting his England career, and his club, at a standstill for a season? Or does he take one of the many offers of regular football, but from a club that isn’t his home?

We all know the answer, and inexorably, since his loan began on the South Coast with Bournemouth, Jack has stayed fit! Not only that, but he has played an integral part for Eddie Howe. He has been trusted.

Every Gooner has kept a keen eye on Wilshire’s developments with the Cherries, and every good game he has means a step nearer to a successful reunion, surely?

That was the initial reason for his sojourn down south, to gain match fitness, get a season under his belt and remind the people that matter what he is capable of.

In a recent interview however, it seems that Jack is enjoying his time at Bournemouth quite a lot, and the return to Arsenal isn’t quite as scripted as we all imagined.

In his interview with the Daily Mail, Jack revealingly said,

‘I haven’t really thought about my future beyond getting a season under my belt and just trying to improve as a player,’ he says.

‘To be honest your question is a hard question to answer because I don’t know what to say. I genuinely don’t know if I am going to end up at Arsenal or somewhere else.

‘If you’d ask me two months ago if I was going to finish my career at Arsenal then I would have said, “Yeah, of course”.

‘The fans have been great to me, the boss has been great to me. I have a lot of friends there. But sometimes that’s the way football is. Two months ago I wouldn’t have seen myself being here, but here I am. And I’m enjoying it.’

It is open to interpretation, but his comments give off more than a whiff of a dithering of commitment. He has spent time in a role which he desires, and that isn’t just in the Number10 spot. He is a big fish at Bournemouth, and his teammates look to him for inspiration.

Not only that, but he seems to be enjoying the escape from the rat race, the frenetic pace of life in London.

There are still a lot of variables in the air regarding his future, and what he said is hardly a declaration of a severing of ties. It is though, a dose of realism. The years of struggle have dwindled the ties, made them wither. Where once the connection between the club and player was nigh on unbreakable, now, the unthinkable is a distinct possibility.

The one club player is a rarity indeed, and loyalty is scarce. Jack has seen another possibility to his situation, and it may not involve Arsenal. The club may just be synonymous with negative vibes for Jack, even in his interview he mentions his close connection with the club physio!

A fresh break is something he is enjoying, for now. Arsene Wenger has always rated him highly, and the path to return to his welcoming busom will never truly be closed. The decision is down to Jack himself.

The fact that we are now doubting about his destination speaks volumes.

Arsene Wenger spoke out recently about Jack’s contract, and how keen Wenger was to extend Jack’s stay at Arsenal.

The ball is firmly in Wilshere’s court.

One thought on “Jack May Not Be Back”