The groans that were emitted could be heard far and wide across the twittersphere, as the Premiership ground to a halt for the second time since the season started, and the negative noises for once, were shared by the majority.

As football news shifted to Gareth Southgate’s first game in charge of the Three Lions, the talk amongst fans still centred on their respective clubs – at least it did amongst Gooners. Theo Walcott’s return to the international fold, Mesut Ozil’s exploits for Die Mannschaft, and then late call-ups for our pair of left-backs – Nacho Monreal and Kieran Gibbs. 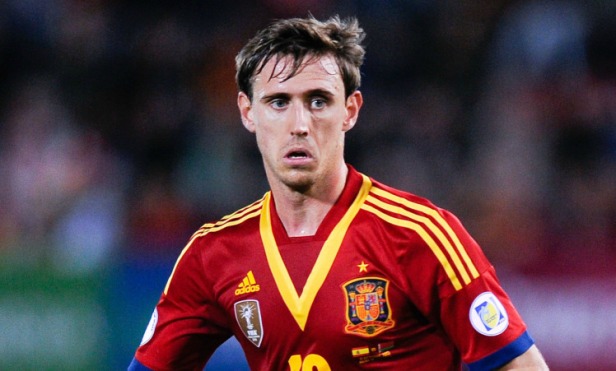 Somewhat perplexingly, our very own beacon of consistency Monreal, had not received a call-up to the Spanish team since 2013, but a change in manager to Julen Lopetegui has seen our own Spanish defender called up as cover to Jordi Alba.

Then, with Ryan Bertrand injured early in England’s insipid victory over Malta, Kieran Gibbs was called up to Southgate’s squad. Despite Gibbs not being able to nail down a first team spot for two seasons, Keiran has been the model of professionalism, and in each of his sporadic appearances since being forced down the pecking order he has performed admirably.

In both cases, the players involved would have been overjoyed to resume their international careers. Playing for your country represents the ultimate accolade, and even though club matters now overshadow international meetings, the players can feel nothing but pride when pulling on the shirt of their country.

For fans however, it has become an irrelevance, or perhaps even a scouting mission. With each match, the majority of fans I speak to simply watch the matches to keep a watchful eye on the players hailing from the clubs they support. Injuries crop up with alarming regularity, and the merest hint of a muscle strain sets panic aflame across social media.

It has become a procession of worrying for most fans. Hoping and praying that their star players return unscathed from international duty. The result is found far down in the list of importance when international football rears its boring head. We want our players to perform well and get on the pitch, but the crux of the matter is that we want our boys back safe within the sanctity of our clubs.

We all revelled in Monreal being called up to the Spanish squad, but we mainly want him to return unharmed. With England performing so disappointingly for so long, the passion for the Three Lions appears at an all time low. The club vs country battle that exists still wages on, but if it were fought in the stands, then country would be nursing a bloody nose by now.

The clubs pay the gargantuan wages that the majority earn, so when players return from their exploits overseas, or even from Wembley and the Millenium Stadium, then it would be nice to see these players not appear so jaded on their first game back in their club jerseys – as so often happens.

Knowing that Laurent Koscielny, Shkodran Mustafi, Petr Cech, Granit Xhaka, Aaron Ramsey, Theo Walcott, Alexis Sanchez and Mesut Ozil are pivotal players for their countries does shine well on our club. When players such as Danny Welbeck, Jack Wilshere, Alex Oxlade-Chamberlain and Calum Chambers receive an international call-up, we fans cannot help but be pleased that they are gaining the recognition they warrant. When Germany won the last World Cup, how fixated were we as Gooners, that Podolski, Ozil and Mertesacker were part of the team?

We take joy from it, but international football, especially qualification, has morphed into a series of worries and voyeuristic looks into how certain players are performing.

Whether some agree or not, the priority for players must be their clubs. It is how they gain international recognition in the first place – and it is supposedly how they maintain their place in their respective national ranks. Players are not supposed to be able to earn a place through reputation (Rooney, we are all looking at you), so how they play for their clubs is of the utmost importance. Not only this, but money talks. The torrents of cash that is pumped into the players bank accounts by the clubs demands that the players owe it to their clubs to be able to perform when they return from national duty.

It is cynical, and why shouldn’t these men, who are trained to the peak of physical fitness, be able to perform feats of wonder for their country AND their club?

Nacho Monreal and Keiran Gibbs rightfully must be swelling with pride after returning to their international sides, but most fans just want them to play well, and return injury free.

The result pales into insignificance compared to years gone by.