Holding the 2014 F.A Cup aloft and looking down at the huge crowd of adoring Gooners, Kieran Gibbs could view his season and his future with a sense of optimism.

Fighting off competition from a Spanish international, finally achieving some form of long term fitness and on the England front, Gibbs was courting a consistent squad call-up. Things were rosy and his summer holiday that year would have been worry free.

Fast forward exactly one year. The same setting – Wembley. The same situation – winning the F.A Cup. Only this time, roles have been reversed for English left-back. Spending the majority of the season on the bench and firmly in the shadow of a fabulously consistent Nacho Monreal – Kieran Gibbs had let his position slip. 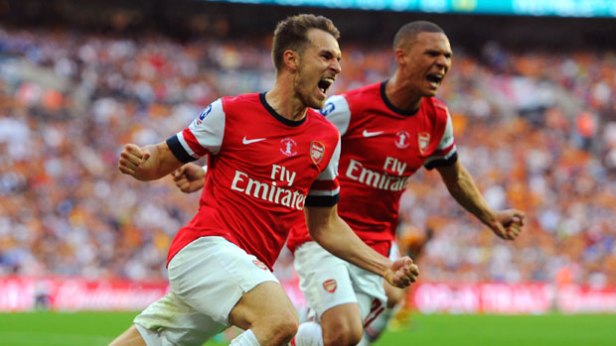 Now, Kieran has a choice. Being at Arsenal since 2004, his rise from promising winger to international defender has been unhindered, save for his notoriously flaky hamstrings. One key factor in his consistent inclusion in the side is the unwavering faith he has acquired from Arsene Wenger. Having a boss believe in his ability has been the scaffolding that has held up Gibbs whilst he repeatedly battled back from injury.

Now, with Nacho Monreal tying down the spot in which he plays, it appears Gibbs can only look to himself for answers.

Firstly, does Kieran Gibbs currently have the game to dislodge the Spaniard? The simple answer is no. Nacho Monreal, since the 2014/15 season, has achieved consistency of which all rivals can only dream. His defending has markedly improved and his constant forays forward are well-timed and vital. In short, Nacho Monreal has made himself part of the spine that Arsenal now boast. With Petr Cech, the rest of the defence, Coquelin and Mesut Ozil, the Gunners have a constant presence throughout the side who persistently present the goods required.

Gibbs cannot claim consistency. Of course, his injuries have blighted him, but even when enjoying a run in the side, he has always harboured a blip in concentration, or an ill-timed run forward, leaving an Arsenal defence with a Gibbs-shaped aperture.

So, if he is deservedly on the bench – what are his choices?

Firstly, he could knuckle down and aim for what his successor achieved. When Nacho Monreal came to Arsenal, it took him nigh on a whole season to acquit himself to the demands of the Premier League. He often was responsible for conceded goals. He was held up as a bit of a comedy figure. A season later and he is now receiving the rave reviews his performances warrant. Instead of jumping ship, claiming that the climate/playing style/team wasn’t quite right, he worked hard in training and looked to eradicate his weaknesses.

Can Gibbs escalate his skills just as Monreal did? Can he completely dedicate himself to the pursuit of footballing excellence?

If the chase is just too much, what other options does Kiera 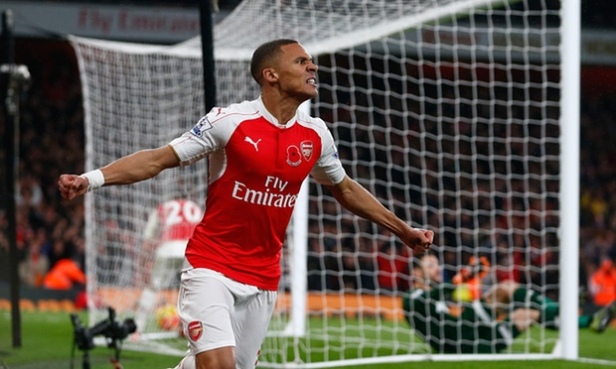 He has often been employed on the left of midfield this term, coming on in the second half and aiding Monreal in shoring up the left flank whilst utilising Gibbs’s penchant for attacking. This has seen Gibbs showcase his excellent pace and quick feet, but also highlights his main weakness – his decision making. Much like his teammate Alex Oxlade-Chamberlain – when faced with a choice, be it in the opposition box or when pressed in their own third – Gibbs can often be found making the wrong choice.

This can be worked out, but with intense training and a string of matches. If Gibbs is to rediscover himself as the winger in which he started his career as, decision-making is key. When cutting to the byline, does he fizz it across the six-yard box? Does he put a ball in the air? Should he look up and delay the ball? It is only Gibbs that can change 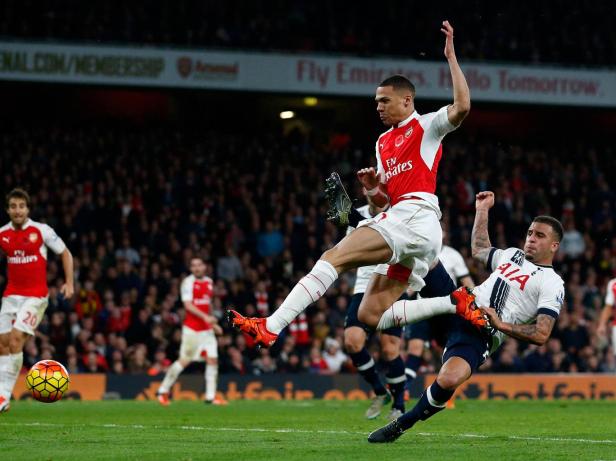 Even if Gibbs does change his specialty and move further forward, surely games would be even scarcer on the left of midfield? Arsenal boast a plethora of midfield artisans who can take up the slack on the left, would Gibbs oust them to hold down a spot?

If these options aren’t for him, then the only other path open to Gibbs is to leave, and this would hurt him. Being at the club for so long can only forge a bond which gets stronger with every year. Conditions and opportunities would have to considerably worsen before he contemplates putting in a transfer request. One thing is for sure though, at most clubs, he would be first choice.

As Gooners, we can count ourselves lucky that we have two fine exponents of the game vying for one spot in the team. Kieran Gibbs is a great talent and is an asset, but if he really wants to kick on with his career, he must change something. He still commands a thought when choosing a squad for a matchday, and his thirty three appearances last season shows that he is a useful member of the team. If he wants to utilise his full potential though, and have a chance to oust Monreal, he must work harder than he ever has done.

Nacho Monreal recently signed a contract extension to 2019. It could be a long three years for Kieran Gibbs if improvements aren’t achieved.