Arsenal return to League action after progressing in the FA Cup, intent on recapturing top spot and some semblance of form.

The last three league fixtures have brought a mere two points and Arsene Wenger will be keen to point out to his men that the business end is now upon them, and Leicester City, Manchester City and perhaps tottenham will prove to be stiff opposition.

So, the return of the talismanic Alexis Sanchez is greeted with open arms by the Arsenal boss and Gooners worldwide.

The Chilean scored and showed what the Gunners have been missing in recent weeks with his performance in the fourth Round of the FA Cup Vs Burnley. His effervescent nature was in full effect and he will surely be in the side to face the Saints.

The side who faced Sean Dyche’s men will be much changed when Southampton turn up at The Emirates. David Ospina, despite an assured performance, will make way for Petr Cech. Nacho Monreal is expected to come back to replace Kieran Gibbs and Spanish speedster Hector Bellerin will probably make an immediate return in place of Calum Chambers, who also played well. Chambers performance, in fact, was perhaps the biggest reminder that Debuchy will not be needed if both Bellerin and the Englishman stay fit.

Mohamed Elneny, who made his debut against Burnley, may just hold down his spot, but it has been a midfield of Aaron Ramsey and Mathieu Flamini who have held down the fort whilst first choice central pairing Francis Coquelin and Santi Cazorla have been crocked. Did the Egyptian’s performance offer enough assurances that he can do a job against Premiership opposition so quickly after joining? Only Wenger can answer that, but he did his prospects no harm. It is ultimately though, to soon to tell whether he can hold down a spot in what is a highly competitive squad.  Recent rumours of a setback to Jack Wilshere were wide of the mark but the England midfielder will not make it back to the first team before March at the earliest, it has been revealed. Danny Welbeck has returned to training though, and will be available for selection soon. Santi Cazorla is still out of action however. The same goes for the unlucky Rosicky, who suffered yet another setback after a long absence.

Mesut Ozil will undoubtedly return to the side and this will be in place of the impressive Alex Iwobi, who is finding his feet and performing when given the chance. The German though, must play and with the 4-0 hammering by Southampton in December still fresh and unhealed in every Gooner’s minds, this match requires all of our best players on top form.

Theo Walcott was on the bench for the weekends cup tie, but his obvious low confidence may hinder his chances of playing in this game. Couple this with Olivier Giroud’s great form against Southampton and it would appear that the Frenchman may just get the nod. 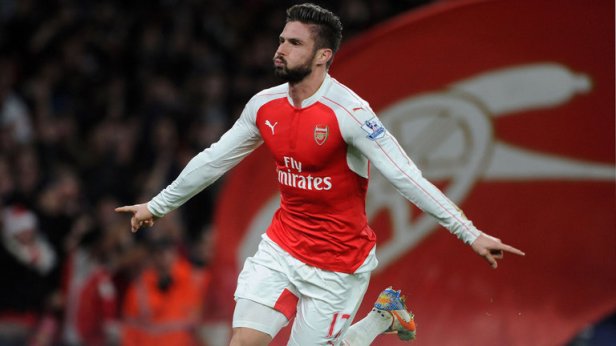 Theo may just be appearing from the bench, but fellow England international Alex Oxlade-Chamberlain showed his talents in the Burnley outing. So often frustrating to watch, it was refreshing to see The Ox do so much on the pitch that he often merely threatens to do. If he can continue in the same vein then there is no doubt what an asset he can be.

Southampton, in direct contrast to Arsenal’s recent League form, have won their last three games and have kept three clean sheets. Climbing to eighth in the table is a better representation of where the South Coast side should be and Ronald Koeman will have his men well drilled as to how to combat Arsenal’s free-flowing style.

James Ward-Prowse, Dusan Tadic and Shane Long will all be dangers, but new boy Charlie Austin – who scored on his debut – will be well aware that he could gatecrash the England squad for Euro 2016 with an impressive showing for the rest of the season. Will Laurent Koscielny pick up where his early season form was? If not, then Austin may prosper.

Will Per Mertesacker return to the side? On form, he should do, but most Gooners are of a differing opinion. The giant German plays a pivotal role in Koscielny’s showings and Arsene Wenger will be well aware. Expect Mertesacker to return.

The 4-0 drubbing that Southampton dished out in December was deserved, but another result of the same ilk will be hard to replicate. Arsenal are in the title race and will be desperate to get the three points to keep pace with Pellegrini and Ranieri. Another defeat or draw and that would hand a huge boost to City and the Foxes.

Arsenal must win, and with a far healthier squad than they have previously had, the chances are far better than they were. A return to form though, is another matter. Three points against a confident Saints side would do the world of good.