The Emirates Cup approaches this weekend and it is one of the rare occasions that the words ‘bargain’ and ‘tickets’ are used in conjunction with a match at The Emirates.

The reason isn’t simply down to the £25 price, which is quite frankly incredible value for money. It is because the tournament organised by our sponsors provides spectators with a chance to view two matches featuring top quality teams.

I was present last year. I attended the Sunday match which featured the Gunners and Monaco and whilst the result wasn’t particularly delectable ( we lost 1-0 thanks to a Falcao header ), the company I was in provided ample laughs to overshadow the defeat. 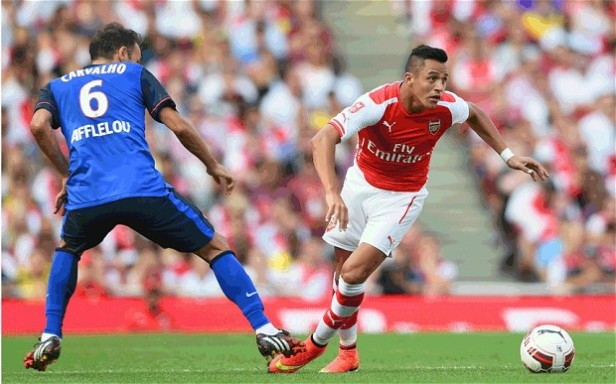 The atmosphere in the stadium for this festival of football was very relaxed. The percentage of youngsters accompanying their parents to watch their first game was pretty high and this is another reason why this cup is a winner – it is a breeding ground for brand new Gooners.

The ambience lulls you into uneasiness at first. It is so alien to be at our ground – or any for that matter – and not be at war with the negative part of your brain for ninety minutes. A lot of games can be a torturous affair, but like a narcotic that has latched onto our soul – we cannot get enough. The Emirates Cup is completely at odds with this fraught frame of mind.

From my own experience, it is because of optimism. The buoyancy over the impending domestic campaign is infectious. Whilst the roars and expletives are missing, there is a buzz around all fans as in our minds, anything is possible so our dreams are alive and kicking. We could be champions. We could lift a cup. The Premiership season is nigh.

Mmmm, new season smell. Much akin to when you buy a new car or phone, the excitement is almost tangible. This is before spilled tears, spittle borne from frustration and sweat delivered directly from another match where we hung on by our fingernails can taint the delicious odour. The new season brings with it an invitation to let our imagination run a little before the realms of reality and another loss at Stoke stunts our daydreams. 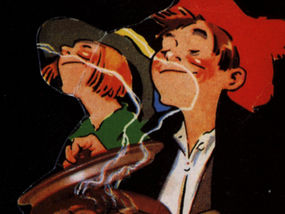 This tournament carries no heft in regards to holding the trophy aloft. Much like the Barclays Asia Tournament which we won, anyone who counts this as another trophy win alongside the F.A Cup needs to get in the sea. It means very little in terms of results. Of course, the opposition level is always high during this gala of football, but a competition in which we had a hand in crafting means nothing. It does carry some significance elsewhere however.

Again, it has parallels with our week in Singapore in that these games will aid our players in their quest for fitness and fine tuning their skills. All the training exercises and cones in the world matter little without a competitive fixture to sharpen their talons upon. Whilst the frenzied nature of the Premiership will of course be bereft on the pitch, the manner in which these games will be played and the players which our boys will face mean that it will aid them in the run-up to yet another pre-season fixture – the Charity Shield.

Even though it will technically be yet another friendly, the two teams involved – and indeed the managers – mean there will be little or no inches given when they do line up for the Premiership curtain raiser. It is solely the opposition that sets this apart from other off-season games. Last season we destroyed then Champions Manchester City by three goals. This, coupled with the purchase of Alexis, was enough to bubble over the feelings from Gooners everywhere. It was a sign that we could contend.

Fast forward three months and thanks to a woeful injury curse, poor form and a brilliant start from eventual winners Chelsea, we suffered a premature exit from contention. Can we use the Shield as a portents for the season? Of course, it will show potential and how close we are, but if we triumph, it could be the first win for Wenger over Mourinho.

Pre-season games are set up by Arsene Wenger to boost fitness, obtain match sharpness and lastly, to judge the last few names in his squad. Those on the fringes that could make the step up. Many will look to impress and bridge the chasm between promising youngster and first team prodigy.

Akpom, Crowley, Iwobi, Willock and Zelalem all made appearances in Asia and did their prospects no harm with their performances. All will look to this weekend as another opportunity to let Arsene know they are ready to go on loan or even to fill in when necessary within the squad. This may cause some fans to take umbrage at our manager, but few are blessed with the insight of when a player is ready or not. We certainly aren’t qualified.

This Cup will give all lucky spectators a chance to see the stars which they all adore and also the potential future of the club. I lament my poor decisions in life which have conspired to prevent me from attending. The last Emirates Cup was a joyous and memorable occasion.

To all that are lucky enough to be privy to this event – take it all in, take time to run the rule over our young stars and take a moment to marvel over our current luminaries. Whatever you do though, don’t take the result seriously.