Two seasons ago, with the catalyst of a club record-obliterating £42.5m deal for genuine star Mesut Ozil, Gooners expected an end to the trophy drought.

The drought that had been used to bait everyone associated with the club had to end. For a club with the stature of Arsenal – it simply wasn’t acceptable.

Last season – fuelled by another megastar captured in the form of Alexis Sanchez – we dared to dream of a first title. Some would have been sated at the mere mention of a sustained fight at the summit of the league. Either way, the goalposts had been shifted considerably from the previous season. We wanted more and as soon as the anticipated title tilt didn’t materialise, the boo-boys and naysayers proclaimed disaster – even if there were two thirds of the season still to play.

This season – what will be regarded as success? What should our targets be?

The snaring of the F.A Cup in the last two seasons has not quenched our thirst – it has only made it worse. After nine years without a sniff of silverware, we should all be able to appreciate that there are only four chances a season to see your club hold aloft a shiny trinket. The competition for glory is at an all time high and with clubs such as the two Manchester outfits being denied any opportunity for their respective Captains to lift a cup – it means that every competition should be entered with the motive of triumph.

All of this is quite easy to surmise at present. At the time of writing, the transfer window is still firmly closed to all suitors and thus – all rumours and causerie are aimed at stirring the hornets nest that fans reside within. Without knowing who is on the list that the mysterious Dick Law has in his briefcase when he boards one of multiple flights, we cannot really with any authority, guess the prospective finishing positions of each contender. We can however, look at the variables.

If all clubs were ordered to abate any transfer business and go into next season as they currently stand – would the league finish any differently? Chelsea finished at the top and with so much breathing space that they cantered over the line. It is safe to say that they would be huge favourites. Manchester United – with more familiarity in their backline and experience regarding Van Gaal’s unorthodox tactics – may benefit from this and have the capacity to glean more points. Manchester City would suffer the most I feel. Yaya Toure would be another year older and even last season he looked incapable of turning a game in his own indomitable style with such abandon as he did when they last won the title. Aguero could fire a team to a title charge on his own but it is his hamstrings that seem unable to bear the brunt of a full season. The only positive would be Eliaquim Mangala would be better acclimatised to England and therefore could be the regualr partner that Kompany needs.

Where does that leave Arsenal? The first half of last season was steeped in disappointment, largely due to the dreams we all had. We looked brittle, we lacked cohesion up front and we often resembled Olive Oyl – a damsel in distress just waiting for a strapping young man ( in this instance Popeye was unavailable so we made do with Alexis ) to rescue us from yet another distressing situation.  The second half was what we had all envisioned our whole season would resemble. Resolute. Swift. Without mercy. Tactically astute. We looked the team we had threatened to be. With the headstart we had given Chelsea though, it was always fallacy that we would overhaul them.

The second half of last season and the results that comprised the wonderful run of wins we strung together signified that the team we had assembled were worthy of such lofty aspirations. We could win the title with this team.

We seem to have exorcised the demons which beset our treatment table and crucially – we have turned a corner in our tactical approach to games versus our Top Four rivals. Comprehensive victories over City, United and Liverpool constitute a massive improvement and fill the optimism levels still further.

With all these positives on top of our latter half of the season – we can be forgiven for expecting a push at the League.

We have quality back-up in nearly every position and the team morale seems high – if training round photos are anything to scrutinise that is. We have every ingredient in the melting pot. There are a few stray dashes of spice that could spoil the recipe that are in our midst though.

None of the above will matter if our Top Four colleagues splash the cash as is projected. City require massive investment and have the pockets to do so and the audacity to flout the newly relaxed FFP laws. United are malnourished in defence and their need for a defensive midfielder is far greater than ours. With De Gea also nailed on to leave Old Trafford as well as Rooney possibly being the sole striking representative – Van Gaal will be scouring the market.

Then there is Chelsea – perhaps the biggest hurdle to our chances. Their team doesn’t have what you would describe as an obvious weakness. What could be mentioned is that Hazard had an exemplary injury-free run last season and being the most fouled player last season shows he is a targeted man. Without their main danger they could be rudderless. Also, John Terry – whilst impenetrable at times – is still another year older. He will suffer with fatigue a little more than the previous year. Hopefully…..

These words may resemble straws being clutched in the most desperate of manners, but nonetheless, they remain possibilities. If Chelsea hold fire on player recruitment and only a couple are brought in, then the only thing remains is our targets in order to strengthen.

I will not attempt to clamber through the hazardous arena that is transfer targets. Needless to say, we need someone who can act as a sidekick to Coquelin should his bloodthirst become impossible to slake and he garners suspension. He is good enough to be first choice but Arteta and Flamini can only be called upon for fringe games. We need an able deputy. Also, Cech has been mentioned by none other than international counterpart Rosicky. Agent Tomas has been buttering up the becapped one and his addition would only strengthen our cause. 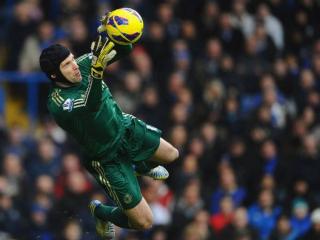 We could go on and on regarding who we would like to see don our jersey, but  Gooners everywhere expect us to be contenders. If we get pipped at the post after a season of battling with our rivals? Because we were in the race will it constitute success?

Does silverware represent the only true success? What do YOU want for next season?