The purchase of Alexis Sanchez has been a complete success for Arsenal. His haul of 18 goals from 31 starts was responsible for seeing us through an injury crisis that supped at the marrow of our bare bones and also steadying a ship that was in danger of capsizing thanks to indifferent form

In short – our Chilean capture was the medicine that remedied our many ills. Thanks to his stocky build and readiness to fight lost causes, he took to the physical side of the Premier League immediately. With his arrival though, he didn’t just bring fanfare and excellent performances.

The parameters shifted with every appearance he made in our jersey. He chased every ball. He hounded every defender. He tracked back and became an extra man covering vital areas yet when we had the ball he was the first racing forward to provide an outlet. If it was through his persistence that we regained possession, he would carry the ball as far as his stamina would allow. Which was pretty far. With the ball or without, he did NOT STOP.

His goals and assists coupled with his bursts of flair and unerring accuracy were worth his transfer fee alone. To see this Superstar then proceed to pester and plague any opposition who had his Precious ( this being the football ) was an anomaly. When was the last time a player came to these shores and exhibited the desire Alexis does every game? Especially an attacker? If we had signed a midfield dynamo, then it would be expected that they would run the distances that Alexis does but we would still be mightily impressed. It is unheard of in recent memory that a ‘luxury player’ aids the team in any other way aside from goals or assists.

Mesut Ozil is our record purchase. At £42.5million, any player will warrant the extra flashes of the camera bulb. His first season was intermittent at best. for every Napoli goal ( watch until the end and the slo-mo replay to appreciate the super technique required to pull that finish off ), you had another where he was replaced after 65 minutes due to having no impact on proceedings.

Ozil is the physical embodiment of the phrase ‘ Luxury Player’. Arsene Wenger describes his style as ‘Pure’. From a 5yard pass to a threaded assist, each swing of his boot sends the ball on a journey so smooth that Audi have been scouting Mesut’s feet. His vision hails from a talent he was born with and has polished. His problem was adjusting to the disparity in pace of the game from La Liga to Premiership. The moments to put a foot on the ball and assess the dangers are sparse at best. This was a struggle for our assist machine at first and he seemed to swim in and out of games. His talent on the ball shone through but he was reluctant to track back and aid the team. When he did, thanks to his sleek frame he was brushed off the ball.

He has been lambasted by all comers – including our own – for this trait. It has come to the fore more recently in the early months of this season though due to the shifts Alexis has been putting in. Due to the money spent – they are grouped together and comparisons are inevitably made, even though their styles make comparison a moot point. An injury early on was perhaps the best thing that could have happened to Ozil. He had time to rest from a hectic schedule and also adapt his body for the new rigours he discovered in his first season. He came back with noticeably more bulk and his performances have benefited. Whether this is a result of spending some extra time pumping iron is something I couldn’t possible confirm but the signs point to his muscles making a difference. 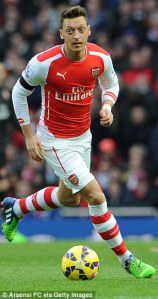 Should we expect Ozil to track back a la Sanchez? Do we want Ozil to be running himself ragged to regain possession? Let us say he starts to and he regains the ball midway in our half. Who does he pass to? You want him to be on the receiving end of that prospective pass so he can use his exemplary vision to make the difference. If he is tracking back, then he is rendering a counter attack almost rudderless. He doesn’t have Sanchez’s stamina. To be fair, I can’t think of many who possess the same level of tenacity that our Chilean does. Also, he has the ability to carry the ball past players at speed. If Sanchez is a speedboat, then Ozil is a yacht. Ozil MUST be in the correct position to be able to spring a ball through the opposition and onto the toe of either Theo, Alexis or Giroud. Or anyone of our players who is attacking. Cristiano Ronaldo rued Real Madrid’s decision to let Ozil go for a genuine reason. He realised that Madrid had let go of a player that could boost any forward’s numbers. As long as we allow him to do that.

Wenger has commented on Ozil’s fantastic outlook during his long road to recovery. Mesut has come back stronger and realised to adapt fully and address the shortcomings in his game, he must make changes. Hence his new physical appearance and willingness to track back a little more. He will never show the legs of Alexis or Welbeck but do we want him to?

A luxury player is like that treasured item your mum or Grandparents used to have that only got an airing if the local vicar came for tea or distant relatives that they wanted to impress came for a visit. Very much like that fine china set of plates or that fancy tablecloth and place mats, they had a specific purpose and weren’t meant for anything other than to make the difference, to supply an edge.

Ozil is a fine china set of plates. We put him in the team to supply our forward line and to aid them when he can. I don’t want to see him getting back and breathing sweet nothings into he opposition’s ears. If we are defending, then he can come back to a degree but I want him ready for the ball that can send him on his way into space so he can capitalise on the startled nature of the enemy defence. He is starting to show his Real Madrid form and that is excellent news. If he maintains consistency then there is no chance any Arsenal fan can deny he deserves the No.10 slot. He is the difference maker so we need him to be in a position to make maximum impact. We don’t want him shadowing Coquelin. It may leave us a man short but who wants a team of Willians? Willing to track back and put his body on the line but to the detriment of his attacking threat? I’ll pass. Give me the fine china plates thanks. 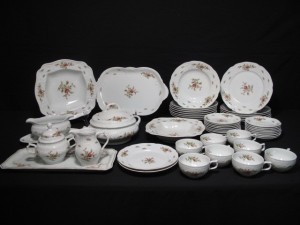 One thought on “Alexis & Özil – A Lamborghini & A Yacht.”