So here we are, the final game of the Premier League season. After 37 matches, here is where things stand;

We need to win our game against Everton, and hope Liverpool drop points to already relegated Middlesbrough. Even longer odds on Manchester City losing their game at Watford and us overturning a plus three variant in goal difference. 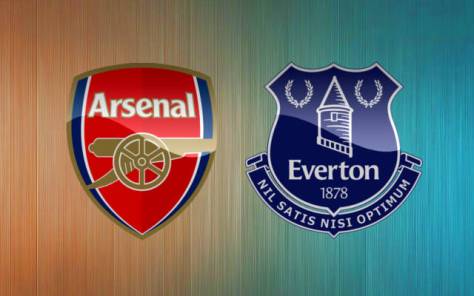 Liverpool appear the more likely of the two to give us what we desire, the Top4 spot. They have had a season littered  with occasions when they have dropped the ball to sides they should be defeating. This is the hope we are grasping on to. Liverpool have had all week to concentrate on this game though, and chances are we will be out of the top4 placings for the first time under Arsene Wenger. Not only that, this could well be the last game Wenger oversees as Manager. Probably not though.

We have been on a great run of form recently, but it may just have come a little too late. We have won our last four games and in our last eleven final day fixtures, we have come up trumps. We must not underestimate Everton though – even if they have not won an away game for seven matches.

In terms of team news, Laurent Koscielny is extremely doubtful with the same calf niggle as the last game. Aaron Ramsey should be fit though after coming off against Sunderland. Alex Oxlade-Chamberlain is out of contention though, and he may miss the Cup Final next week.

Olivier Giroud could well play this game, having scored four goals in his last three games against today’s opponents. Danny Welbeck and Theo Walcott remain interesting alternatives, but Giroud may well get the nod. Will this be a precursor for the Cup Final? Giroud against the Chelsea backline has not reaped dividends in the past, so he could start today with Welbeck primed for Chelsea.

We have good history against the Toffees. We are unbeaten against them in 20 league games, although the game at Goodison earlier this season saw Everton win 2-1, so if we have one eye on events at Anfield or Vicarage Road, we may pay heavily.

Everton also have romelu Lukaku gunning for the Golden Boot. He is now behind Harry Kane and hasn’t scored in his last four so will be champing at the bit to hit the net – as will Alexis who is still in with a shout if he gets a few today.

We have a glimmer of hope, and we can dream, but we can’t get carried away. In all likeliness, we will miss out on the Champions League spot.

Worse still though, in a week’s time, the season is over. No football. Let’s just enjoy it while it lasts.

Everton ended their recent woeful run with a tight 2-1 victory over Arsenal, as Chelsea and the rest of the Gunners title rivals looked on with undoubted glee.

Toffees boss Ronald Koeman has never lost to Arsenal at home with any of the sides he has managed, and he kept up this record with a win earned by way of Ashley Williams first for his new club in the 86th minute.

Arsenal meanwhile, see their run without loss ended with this lacklustre result, which was devoid of any of the spark which has been the signature of their last three games.

Too many of our stars had a rare off day for this game, with Mesut Ozil and Theo Walcott in particular shackled well, but the Gunners did take the lead through Alexis and a devilishly deflected free-kick which fooled Marten Stekelenburg.

Everton though managed to level the game at a crucial time which probably changed the game, as Seamus Coleman stole in to head in Leighton Baines cross in the 44th minute.

The second half was a largely frustrating affair, with play being stilted thanks to unforced errors in passing, and not just from the home side who were low on confidence. Arsenal’s midfield were working hard but they could not inject the side with impetus as possession was regularly gifted to Everton.

In the end, Arsenal got what they were asking for, as Ashley Williams capitalised on some poor zonal marking to grab the winner, leaving minutes for the Gunners to salvage something.

Second half sub Olivier Giroud nearly performed heroics, but his effort was blocked on the goal line, and it meant that Everton maintain their unbeaten home record, Arsenal lose ground in the league, and confidence will be dented with our next fixrure at The Etihad carrying more pressure than ever.

There were a lot of talking points in the game, but here are five that seem the most pertinent:

We let Everton back in

The first 20 or so minutes, Everton were as bad as their run suggested. They were ripe for plucking, but we seemed reluctant to press them into errors. Instead, we slowly loosened our grip and it seemed as if we invited them to attack. They were still awful, but we tried to match them for mistakes. Our midfield misplaced SO many passes. If we had cut out at least 40-50% of our misdirected passes, we would have had at least a point.

Where was the rest of the injury time?

Leighton Baines, Stekelenburg and Olviier Giroud all had to recieve treatment, and injury time should have been racked up. Instead, we got the regulation four minutes. What about the lengthy stoppages? Did Clattenburg forget to put on his casio digital and had to use his Transformers talking watch instead? In injury time we almost scored, what could we have done with the extra three minutes we should have had?

Defence is better, but it needs to improve

We have a world class keeper in Cech, and Mustafi has indeed boosted our backline, but no clean sheets in eleven games tells its own story. Whether it be zonal marking or simply a lack of concentration, it needs to improve if we are to truly break our duck this season.

It was a matter of time, but the manner was disappointing

With our run, it had to end at some point. The manner in which we allowed it to happen is very frustrating though. We loaded the gun and gave it to Everton. We did not click and our opponent was punch drunk for the first part of the game! Ruthlessness would have seen the points bagged.

We must not let negativity take over

We have lost, and the performance was wanting, but we are still in contention and our record is still impressive. While we hope this doesn’t snowball and we bounce back against City, we should have full confidence they will as their performances on the pitch have earned our trust. We have been burned so many times, but let’s try to be optimistic even if the ninety minutes we just watched felt rather downcast.
There was a lot more to write about, such as Monreal being exposed again, and our widemen really flattering to deceive, but I really don’t fancy going into any more detail about a game that will be consigned to the recycling bin of most of our minds. Like a dog turd in long grass, the lawnmower in our brain will quickly dispatch the offending article and leave no trace.