From one point of view, today’s young footballers have it all.

They bathe in the adulation of millions. They earn an exorbitant amount of money and they get to do something that they love as their employment – something about 99% of the population can only dream of.

It isn’t all TikTok dances, new kicks and payrises though.

At such a young age they are faced with huge decisions on a regular basis. Do I speak to the boss about my playing time? Do I instruct my agent to start looking elsewhere? Is this sponsorship deal right for me? That is just a smidgin of what they face. Try and hark back to when you were 21. What consumed you back then? For me, I had a full-time job and the proceeds of which, went directly to weekends, films, games and cigarettes. We were lucky that the majority of decisions of the above magnitude didn’t surface on our radar.

One of the reasons these dilemmas and decisions are so significant is the fallout should they go wrong.

We have seen on so many occasions when a youngster is tempted by greener grass elsewhere or by lucrative promises made. They fall off the precipice of greatness and into the sea of ignominy, never quite being able to scale those giddy heights again. The talent is still there, but the chance has gone.

They have to make every opportunity count. Injuries, coaches, clubs, new countries – all are huge factors regarding why a youth starlet must seize everything that comes their way.

Time is of the essence – and it seems as if one of our own is at a crossroads.

Reiss Nelson’s talent doesn’t need questioning. The 20 year old has impressed all of his coaches during his short career. Renowned tactician Julian Nagelsmann of Hoffenheim said Nelson has the ability to reach elite levels, should he maintain his consistency and mentality.

And that is the crucial part – consistency.

Reiss hasn’t had the chance to build any consistency, as his time on the pitch has been anything but that. Nelson showed that when played regularly – when at Hoffenheim – he can deliver the goods (7 goals for the German side) – but does Nelson wait it out? Or does he move on as the timer on his career marches ever forward?

At the time of writing, Nelson was being linked with a loan move to Crystal Palace, to keep him primed. Every indicator shows he should have joined the Eagles for the season. At the current time, both Willian and Pepe are ahead of Nelson in the pecking order. Should both be rested then Nelson will get his minutes – but the likelihood of both being benched is low. At Palace, he would finally get the Premiership platform and the opportunity to prove what he can do when he gets the minutes.

Emile Smith-Rowe is another who is being linked with a loan move, and both should ponder it. If they are played, then they will return to Arsenal in a far stronger position, which will bolster their claims for the first team.   Nelson made 17 appearances last season and that was before Willian showed up. This season heralds a tougher ask to squeeze minutes in.

Reiss Nelson is most definitely good enough for us – but he needs to play right now. A loan would have meant we retain the player’s services and Nelson can grow. Nelson

It was a win-win situation.

What do you think? Do you think he’l get the minutes he needs this season?

The news that Hector Bellerin signed a contract extension recently may have slipped under the radar amidst the flurry of fixtures, but it should be celebrated wildly.

The young Spaniard has ripped up the rulebook on age and progression since his debut two seasons ago, and his talent has seen him earn international recognition with the Spain. All of this has happened in two years, and throughout that time, his displays for his club have been nothing short of sensational.

The 21yr old found his way into the team thanks to injuries to then first choice Mathieu Debuchy and Calum Chambers, but never has bad luck worked out so well. His inauspicious beginnings contrast with where he finds himself now – as perhaps the most effective right-back the Premier League possesses. 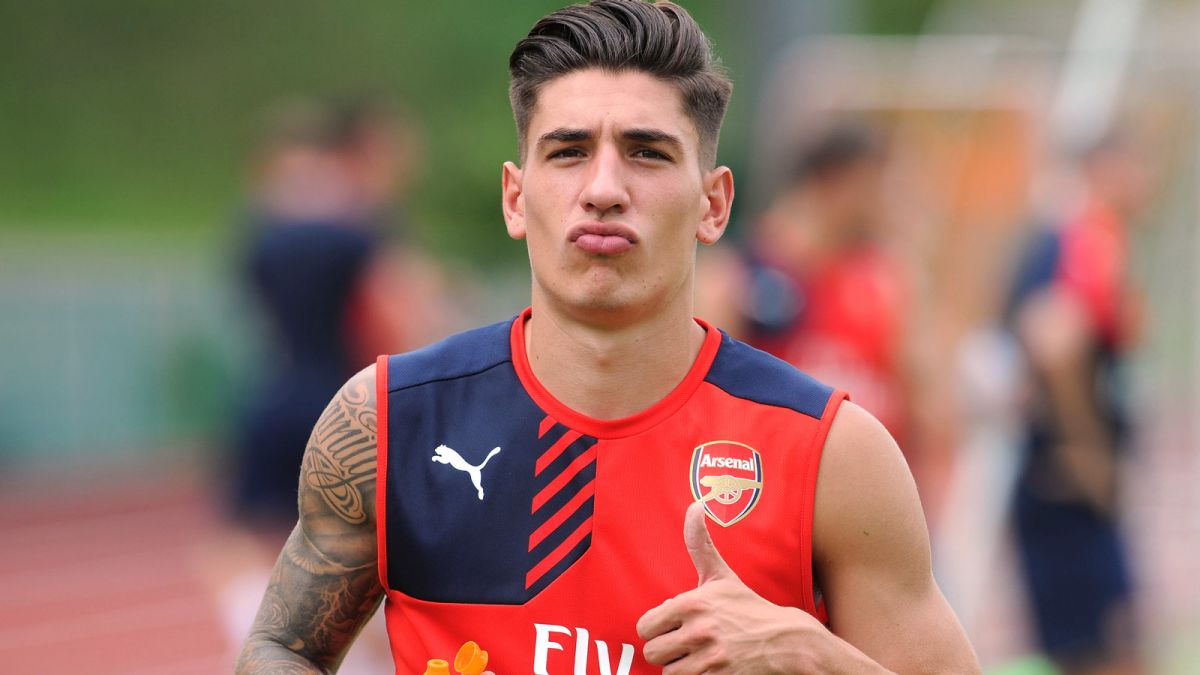 His first start for the Gunners was in a 2-0 loss to Borussia Dortmund, and the green Spaniard was hung out to dry by the vibrant German team. It was hardly befitting of a player who has gone on to do wonderful things. Plunged into the deep end, and after suffering so severely in his debut, it was sink or swim for Bellerin. Would this teenager wilt under the criticism and pressure?

We all know the answer now, and Bellerin has gone on to answer any questions surrounding his quality in succinct fashion.

His rampaging runs down the right have become a signature move for Arsenal, and he has provided a valuable outlet when converting defence to attack. He is much more than a swashbuckling wing-back however.

What is particularly impressive is his dedication to improving his defensive inclinations. He could quite easily grab the plaudits by providing assists and a goal threat with his rapier pace, but it is his presence of mind when choosing the right moment to add his weight to an attack.

His decision making for such a young fellow is quite incredible. His man to man positioning has improved markedly and we have seen on many occasions, Bellerin thrusting out a leg to quell a potential goal, performing the role of last man in our hour of need.

Hector Bellerin is responsible for making expectations for youngsters harder. He has raised the bar. How often do we see a kid of his age hold his own and progressively improve? Now, every product from the youth team will be judged via the Bellerin Effect.

Increasingly in the public eye, he is charming on camera, and holds himself impeccably away from the lens. His social media actions are far from lascivious as opposed to some who have erred via social media, and he has not courted the slightest bit of controversy. The boy is dedicated to his career, and it shows.

There is a reason why he was named in the Premier League’s Team of the Year last season. Not one player can match his output in the same position. If you imagine a growth chart that every new parent receives regarding their bundle of joy, which estimates the growth projection of the child – if Hector had the same thing regarding his career progression, he would be off the scale.

After just two seasons, he is already well ahead of where most would be. Seeing as he is far from his peak – what player will we possess when he finally reaches his zenith?

That is why it is vital Arsenal tie him down for a number of years. What is the point in cultivating a perfect orchid, only to sell it before it has fully bloomed? We want to see the fruits of our labours.

Manchester City and Barcelona were reportedly sniffing around Hector – and you can hardly blame them. The move to keep Bellerin at our club was imperative – what good is a bundle of cash when we would struggle to replace him, no matter how much we spend.

We should rejoice at the news. Hector Bellerin has raised the bar for all youngsters thus far, but he may just do the same for his position.