You’re only as strong as your weakest link, so the saying goes.

For a number of seasons, Arsenal have been top-heavy. Ridiculously powerful up top, capable of out-gunning any opponent, but porous at the back, like putting cowboy saloon doors on a bank vault.

Or a bodybuilder skipping leg day so much that his top half looks like it’s mid-way through swallowing his bottom half.

When was the last time we had a solid defence behind us that filled us with confidence? The last time we came close to that was the peak years of Laurent Koscielny and Per Mertesacker. Before and since, we’ve been fed on a diet of mediocre or average, which has been off-kilter to what we’ve had in attack.

Unai Emery recruited the likes of Sokratis to beef up our weak backline, offer some physical security. But if you’re also asking that same defence to play out from the back, Emery was ultimately trying to fit square pegs in round holes.

Then there is the capacity for mistakes in our defenders. Shkodran Mustafi can withstand pressure from teams for 80-85 minutes and be a prime candidate for Man of the Match, but he carries with him a warning sticker, that lets everyone know that there are mistakes within that can capitulate the efforts of the team, and override any decent aspects that Mustafi has contributed previously.

David Luiz is a huge character on and off the pitch, helping youngsters grow and also being a conduit for the positivity and work that Mikel Arteta’s new regime extolls. But every once in a while, Luiz will put his studded foot in his figurative mouth and inexplicably gift the opposition a goal.

It is a characteristic that has beset us for more than a decade, unfortunately.

But Mikel Arteta is instilling something at Arsenal. Something special. Something that is getting all of the players excited and looking to the next game. This tantalising project is luring players in. Both summer recruits thus far – Willian and Gabriel Magalhaes – have both spoken of other offers for their services coming in before joining Arsenal. Why did they shun these other, more lucrative deals? 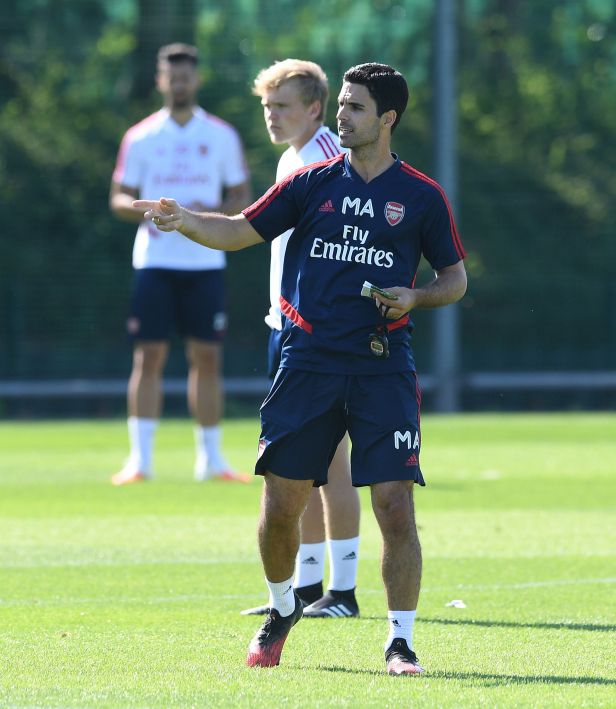 Magalhaes even spoke of a phone call from Arteta to convince him of his growth at Arsenal and the end goal of the club and how Magalhaes can be intrinsic to that.

We now have a solid looking nucleus of defenders at Arsenal.

Magalhaes was wanted by top clubs and chose Arsenal.

William Saliba is another top young talent that lit up Ligue Un last season. The Frenchman is younger than Magalhaes, but both could form part of a new-look backline – especially if Arteta continues to get his players adapting to a 3-5-2 / 5-3-2 formation. It involves a bank of three central defenders, with two wing-backs shutting down the flanks and then offering an avenue in attack. Put the experienced Luiz in the centre, with the youthful exuberance and skills of Magalhaes and Saliba, and we are looking at a brand new backline that is capable of following Arteta’s wishes.

We also have depth too. With the cultured Pablo Mari to come back into the fold, and Calum Chambers – who impressed last season before injury cut his campaign short – we now have the resources available to withstand the annual Arsenal injury crises at the back.

With the impressive Kieran Tierney able to play centrally too, Arteta may well have what he needs at the back to push this club forward and toward where he wants – and we want – us to be.