It has gone quiet, but this season especially has shown us that our defensive midfield issues have not quite been put to bed just yet.

With the signings of Matteo Guendouzi and Lucas Torreira especially, the clamourings to sign a potent defensive midfielder were hushed, and with both players hitting the ground running, our worries were sated for a time.

Guendouzi has shown a hunger for possession that has led him to hounding the opposition in all areas of the pitch.

Torreira made a huge impact from the very start of his Arsenal career, and montages of his terrier-like tackling prowess and his never-say-die attitude manifesting itself on the pitch filled us all with absolute joy.

We had the answer we had been looking for since the departure of Patrick Vieira and Gilberto Silva. We had that player who would protect the backline and stand sentry, letting no enemy pass without at least a stiff examination of their credentials.

Or so it seemed.

This season has seen some strange goings on in our tactics and the way we line up.

Firstly, the sparing use of Lucas Torreira, even in the big games, really does leave us scratching our heads. When played, he always gives no less than 100%, but at least 50% of our matches he has spent on the bench.

When he does play, the tigerish displays we have come to adore have been replaced with a lasses-faire attitude to defending. It comes down to his positioning, which has been far more forward than last season, and a large amount of time he has been amongst the most forward on the pitch.

This kind of leaves us hamstrung when it comes to defending, as the aperture where Torreira should be protecting is open, and like the Gates of Thermopylae, our enemy harness it to great effect.

It leaves them streaming forward, and our defence backing off. Acres of space, and it leads to a shot. So many in fact, that we have led the way in Europe with regards to shots faced.

Guendouzi has been his all-action self – his display against Tottenham was frighteningly good – but the boy is still just 20, and needs a pivot partner to truly get the most out of what he brings, which is pretty much everything.

We need Torreira to do what he does best, and that is get the ball back, harass, breath down their necks. Instead, it looks like he has been let off a leash, and that is down to instruction. 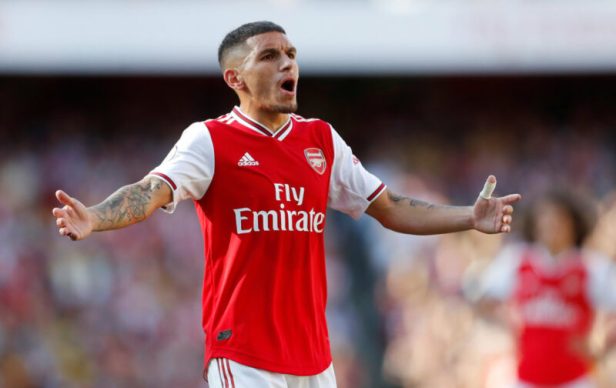 Is Emery content with letting Torreira off the hook in a footballing sense? Are the instructions he is giving the Uruguayan to go forward and assist the attack?

If so, that means Emery is leaving us dangerously lopsided, and open to barrages of attacks.

Torreira, if disciplined, can be the lynchpin of the side, the cornerstone that holds the side together. Take it away and you have what he have seen against Watford, Liverpool and Tottenham in the first half.

A blow-away, powderpuff side that can’t stand straight under scrutiny from a decent attack.

We need Torreira to stand in front of advancing hordes and use his abilities to stem the tide.

We don’t need another Alex Song – we need our Torreira back!

2 thoughts on “We Need Our Torreira Back”