They say the Premier League is the toughest domestic league in the world.

It may be hyperbole scripted by the TV Execs to justify exorbitant subscription fees, but there may be something in it.

Looking at the top European leagues, the usual suspects duke it out season after season for the top honours. In Italy, Juventus have won countless consecutive Scudettos. In Spain, if your name isn’t Barcelona or one of the Madrid’s, you aren’t welcome in the VIP section. Ditto for PSG, Ajax, PSV, Dortmund and Bayern in France, the Netherlands and Germany.

Of course, there are exceptions. FC Twente in the Netherlands, Monaco in Ligue Un, Leicester City and the odd guest appearance in the Champions League from a surprise runner means that there is indeed depth that on the surface appears to be non-existent.

But in the Premier League, the true fact is that every single one of the twenty teams that take part in the Premiership is capable of gunning down one another. Every weekend, the so-called ‘Big6’ go into their respective fixtures with a healthy degree of respect for their opposition. No matter if they are Premier League debutants or top-flight veterans, every club has the chance of ruining an accumulator.

The fact that it is now a ‘Big6’ rather than the already established ‘Top4’ shows that there is no room for error when fighting for the summit. It means that there are opportunities for those who invest wisely the ridiculous sums of money doled out for TV rights.

That brings us to a salient point for us Gooners.

Are we able to maintain the gap between us and the chasing pack? 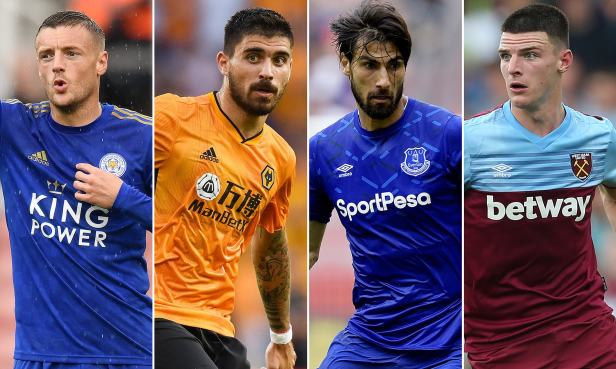 We have spent wisely in the summer and purchased players that will enable us to go the distance a little easier than last season, which saw us crawl over the finish line rather than kick on and claim our top four spot.

Then again, the peloton that is breathing down our necks have also strengthened significantly, and have owners more than willing to back their Managers to the hilt with regard to transfer activity.

Leicester City, West Ham, Wolves and Everton have been backed by their investors. They have been active and purchased players that wouldn’t look out of place in our squad, or even City’s and Liverpool’s talent pool.

The Foxes have made a strong start to this season, and the additions of Youri Tielemans, Caglar Soyuncu (from the previous season) and Dennis Praet mean that along with the likes of James Maddison and Jamie Vardy, boss Brendan Rodgers has all the pieces required to assemble a challenging squad.

West Ham have been very active, and spent heavily on Sebastian Haller up front and the highly-sought after Pablo Fornals in midfield. The Hammers now have a squad littered with top class names – enough to seriously trouble our hopes of re-entry to the Champions League.

Wolves, led by the tactical nous of Nuno Espirito Santo, went mightily close to piercing the Top 6 bubble. Up top they have the prolific Raul Jimenez who is ably assisted by Diego Jota. In midfield, Joao Moutinho rolls back the years and Connor Coady does the mucky stuff, and with Matt Doherty in defence providing a constant outlet, they have a spine that will continue to push bigger teams.

Everton have some serious wealth behind them. Their owners are not shy in their ambition, and that means Marco Silva has spent on some big name players. Moise Kean, Fabian Delph, Yerry Mina  (from the previous summer) and our Hale End product Alex Iwobi join an already dangerous squad, with Gylffi Sigurdsson, Richarlison, Adrien Gomes, Bernard, Michael Keane, Lucas Digne, Seamus Coleman and Theo Walcott showing that the Toffees are justifiably excited for this season.

While we have our eyes very much upwards, it means that points that were normally a lot easier to grab will now be a slog, and squad’s will have to rotate, but it will be difficult for manager’s who rotate heavily.

The same goes for the likes of Champions City, Liverpool and our top four rivals. No more points bagged as soon as the game is kicked off. These teams can not only hurt them, they can run for the majority of the season’s distance.

When the likes of Crystal Palace are beating United, promoted Sheffield United drawing with Chelsea and Burnley and Bournemouth doling out slip-ups on the regular, every game will need meticulous scrutiny before the game begins.

It means some trophies may have to be sacrificed, with our promising youth filling the void as our established players take a breather.

All of this makes for palpitations, and also is the perfect league to watch week in and week out.

2 thoughts on “Is The PL The Toughest League In The World?”