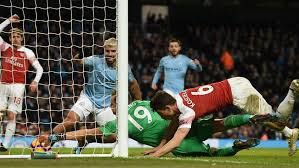 Published in the Gooner Fanzine

Our recent defeat to Manchester City was an expected, if disconsolate, result.

Many recent acquisitions and a change in direction drafted in by new boss Unai Emery has given us a new wave of optimism, but the defending Champions showed that there is still some way to go until we can dream of contesting a season at the top.

Unai Emery spoke after the game and said that it wasn’t the system that did it for us, it was the gulf in class between the two sides. While it is great to have such a candid manager speaking in truths, it still hit hard that Manchester City – and indeed a title charge – is still way beyond the team.

In terms of the starting eleven’s that were named, there wasn’t a huge difference in skill. If there was a contrast, it was in defence. While City named Aymeric Laporte and Nicolas Otamendi, with John Stones on the bench, we had the error-strewn Shkodran Mustafi – who actually put in a good shift, and Laurent Koscielny, who is still approaching his best after his long layoff.

It may be pulling at straws to compare names on teamsheets, but according to Emery, that is what the difference is. There can be no doubt that if we were a little more switched on at the back then we could have cut out a goal or two – especially the second goal that saw Stephan Lichtsteiner gaping at the sky rather than tracking his man – but a firmer grasp on our new system could have proved even greater.

Watching the game back, the main difference between the two teams was movement.

When in possession, City always made sure there was at least one option for the man on the ball. Our pressing kicked in when the home team approached our final third, but our men were not able to cut off City’s runners.

Also, City’s pressing started incredibly far forward, putting pressure immediately on our defence and keeper, which in turn resulted in the ball finding its way to City in a hurried panic.

City also doesn’t have to rely on a 35 year old who is a shadow of his former self. There is no Lichtsteiner in City’s ranks, and the Swiss man looked well short of what he used to be at Juventus when duking it out with City. Far too often Sterling was goalside of our veteran defender, and an opening like that is suicide for our chances from the first whistle.

Unai Emery is still in the process of turning this team around. Adapting players who are used to a way of training and playing after so many years takes time, and the seeds are there. We have had intermittent games where our defence has pushed up, held the line efficiently and our midfield has strangled their opposite numbers.

City have had a few years of honing their tactics, and it means that more often than not they manage to manifest Guardiola’s ideas on the pitch. The small matter of a fair amount of transfer windows has helped a little too. 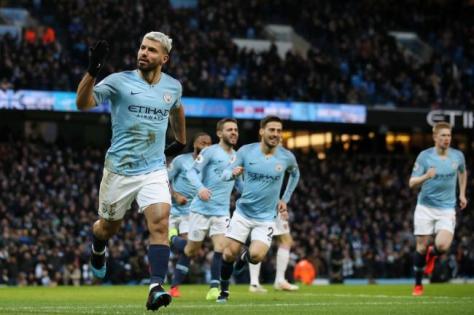 Emery has had one full window and another where he was severely hamstrung by a non-existent budget. With time, we will have the personnel and the finely tuned tactics that will have been delivered by the Spaniard.

At this present moment though, City are a mark above us. They played in top gear sporadically and held us at arms length.

Time will tell, but City are the team to target.