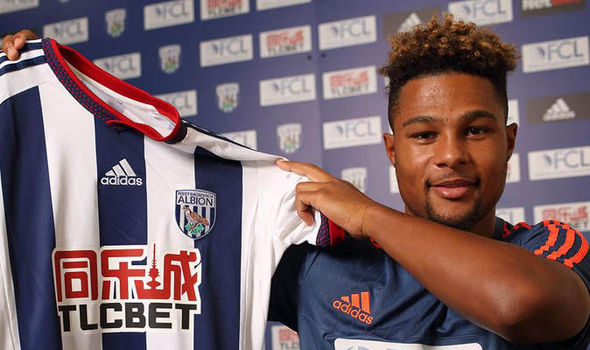 Youth players have a plethora of pitfalls to navigate around in order to remain on the path to success.

Established clubs do all they can to prepare them for the obstacles they will face, but it is a necessary rite of passage in order to see who has the minerals to really prove their top-flight credentials.

There are some things that these starlets cannot compensate or prepare for though. Some circumstances are completely out of their hands and their future, or at least a large portion of it, is in the hands of someone else.

They are on the verge of a breakthrough, but with established players ahead of them making it difficult to earn the gametime they need to progress, these kids will be faced with the prospect of joining another club, often one of lower stature, for a season.

This opportunity is the last hurdle before they become fully fledged, ensconced within the club they were schooled in. It is also the highest of hurdles, and it all hinges on the manager at the time.

They choose the club that the youth prospect will be farmed out to. They are responsible for setting the parameters of immediate success or failure. You see, if the club is the wrong fit, then their progress can be set back, or even worse, they could be sold.

Opinion will be based on how they fare. We have had countless players who have been given their big opportunity to show everyone, and the people at Arsenal, what they’re made of. Instead, through a mixture of injuries, an untenable situation with the regime at their loan club, or plain bad luck, have seen them sent back early with their fragile confidence broken, or they stay for the duration of their loan and warm the bench, making sporadic performances they could make at Arsenal.

A prime example of a potential career breaker was the loan move of Serge Gnabry to West Brom. The manager at the time was Tony Pulis, not exactly renowned for being the finest exponent of swift, technical football, we all scratched our heads at the destination for our promising German winger.

Gnabry had made his debut and seemed to be ready to make the final leap from prodigy to first eleven candidate. Wenger opted instead to send him to the Hawthorns, Perhaps Wenger thought he would test the mettle of Gnabry, to see if he could mix it as well as bewitch opponents? Whatever the musings were behind the decision, it backfired spectacularly, with Gnabry learning pretty much nothing from his move – other than Tony Pulis doesn’t get a rough deal – he really DOES only know one style of play.

You see, managers really do have the future of these kids in the balance. Does the destination club play the right way? Does the kid have something specific he needs to learn? Is the managerial situation stable? Does the manager have a forward thinking style? What is the positional competition like for the youngster?

Also, will our appointment of a Loan Overseer of sorts, help with future loanees?

Emi Martinez last season earned practically no experience in his loan move in La Liga, and it wasted an entire year of the keeper’s career.

The recent loan move for Reiss Nelson in particular, there is a focus here that isn’t usually on a loan deal – with  the huge promise that Nelson possesses. A lot hinges on this season, and Nelson is so far delivering on it – but the season is long.

The destination club – Hoffenheim – is a progressive club, playing a blend of football that adapts to the given opponent. It means Nelson will be schooled as well as get the game time he needs, and our club needs in order to goague his progress and capacity. Julian Nagelsmann is a revered coach and will use him wisely, but there could be tougher times ahead, times that mean the bench or worse, the physio’s table, beckons.

We have the likes of Calum Chambers and Krystian Bielik on loan too, with both players Arsenal future’s very much in the balance, off-set by the potential success or failure of their respective moves to Fulham and Charlton respectively.

These fledgling players can fight tooth and nail, bleed for every minute on the pitch, but if the loan club isn’t the right match, then it won’t matter a jot. Their future is not just in their hands.

Just imagine that. Having the fate of a kid in your hands. Rather them than me.

One thought on “Loan Deals – Future Is Out Of Their Hands…”