The first steps have been made in forgetting the awful form we’ve had recently, with our impressive 2-0 win against Milan in the San Siro, now we take on Watford in a bid to arrest our slide away from the top4.

This is looking to be an insurmountable task. Our neighbours sit in 4th spot, a massive 13 points better off than we are, with only 27 points left to play for. In realistic terms, we need to win our remaining games, and hope tottenham or Liverpool implode in order to sneak into the coveted Champions League spots.

Before we even begin to think about the implications of such an elaborate plan, we need to win a bloody game domestically first. That starts against the Hornets. 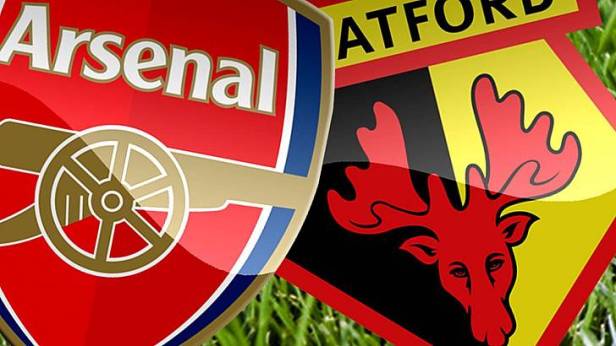 Watford have enjoyed a good recent run against us, beating us the last time we played at The Emirates. We also had the Troy Deeney episode, where the burly striker claimed it was our lack of – for want of a less savoury term – Jacobs, that meant we were easily steamrollered, rather than contentious decisions.

With this season going the way it is, Deeney is looking like he could be right, but we have a chance to right a wrong here too.

Watford’s new boss Javi Gracia is still seeking to find his best layout for his team, especially defensively. They won their last game, 1-0 against bottom side West Brom, but they were far from convincing. Indeed, before Deeney struck the sole goal of the game, West Brom could easily have been ahead. It is evident that the Hornets are far stronger in attack than in being watertight at the back, and if that lends itself to an open game, it also increases our chances too.

We’ll have Pierre-Emerick Aubameyang back after being cup-tied for the Europa League, and with Henrikh Mkhitaryan and Mesut Ozil looking to have found some form in our win over Milan, we could stretch Watford thinly across The Emirates turf. Alex Iwobi could come back into the side to rest Jack Wilshere, as Arsene Wenger will be loath to upset a winning side for the return leg on Thursday.

Granit Xhaka has played a large amount of consecutive games, but Aaron Ramsey is just coming back from injury, so it is tough to call which player will be rested, with Mohamed Elneny most likely coming in to replace. Ainsley Maitland-Niles is an outside call for a midfield spot too.

Our Spaniards, Hector Bellerin and Nacho Monreal, both missed out the trip to Milan, and both are outside bets to make this game, with Bellerin a little more likely to return, given his less severe complaint. Laurent Koscielny could be rested too, but his performance against Milan’s attack spoke of a man returning to some form. Rob Holding stands by.

Watford boss Javi Gracia has an embarrassment of riches in attack. Troy Deeney will most likely lead the line, but Stefano Okaka and Andre Gray are both excellent options. Ricardo Peyreyra, Richarlison, Carillo and even Abdoulaye Doucoure are all threats from their respective positions too. If they want to funnel play wide and isolate our full-backs, they’ve got the personnel to do so. We’ve got to be switched on at the back.

This is something that’s been bereft in our play, minus our showing on Thursday. Jack Wilshere talked in the media about using the Milan performance as a barometer, that we must play like this every game. He’s spot on. We need that level, as we’ve shown that when we dip, we can’t skate by and pick up points.

So, let’s get another win and attempt to string together a run that we so badly need toward the end of the season. Redeem yourselves boys – oh yeah, and try and get Cech his 200th clean sheet? It’s been dragging on for far too long! #UTA