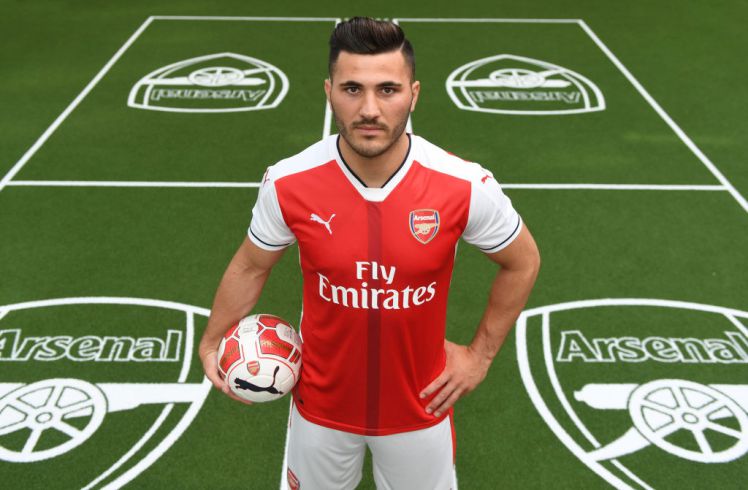 Arsenal officially announced the arrival of Schalke left-back Sead Kolasinac yesterday. It is the welcome early start to transfer business that Gooners have been yearning for, and it is quite excellent business by our club.

The Bosnian defender comes highly rated from Bundesliga experts, and one of them in particular – Raphael Honigstein – had this to say to the Guardian’s Football Weekly Podcast about our new signing;

Heavy praise indeed when you consider the welath of talent that German football has in its ranks. Not only that, but with our propensity for injuries to blight our season, Kolasinac’s versatility could well come in handy.

So, what do we know of our new guy? Well, he will turn 24 years old this month, and he worked his way up through Schalke’s youth team before making his first team debut in 2012. He did not start at Schalke though. Kolasinac actually put down roots for his hometown club Karlsruhe FC, before going to TSG Hoffenheim and Stuttgart for short spells. He finally found his way in Gelsenkirchen, and his youth team displays soon saw him on the radar.

From there, he quickly settled into the team and 89 appearances later, we have a new left-back. Kolasinac rapidly earned international status too, but it was initially with the German youth team that he played. He decided to play for the nation of his parents – Bosnia Herzogovina – and he now has 18 appearances.

Kolasinac is known for his physicality, and he won’t be one for shirking tackles. He is more than just a rugged defender though. His touch is impressive, and he has been often seen outwitting markers with his first touch. For a felow with a large frame, he has deceptive speed too, and his five assists were a Bundesliga best for a defender last season.

So, quite the handful.

What is most impressive is that we have picked this player up for absolutely nothing. Zero. Zilch. Nada. If that isn’t good business, I don’t know what is. After grabbing the starlet Rob Holding for a meagre £2m, critics may pick up on a theme of costcutting, but why spend millions when you can grab quality for nothing?

Kolasinac’s attributes point to a player that will require very little transitional time. He will be more than primed for the rigorous physical examination, and his attacking instincts will be matched for our team’s tactics. Once he builds the necessary rapport with his new teammates, he will be a force to be reckoned with.

Kolasinac looks to be the replacement for 32yr old Nacho Monreal. The Spaniard has been an excellent servant for our club, but perhaps his age may prove to be an obstacle when considering another 60plus games for next season. With interest from Bilbao in recent years, Nacho will not be short of offers.

So, we have our first signing of the summer, and Kolasinac is exactly the standard required to improve what we have.