Before our humbling at the hands of our North London neighbours last weekend, the situation was clear;

Win the rest of our games or the lucrative and vital Top4 slot is out of our grasp.

Now, our team stand on the precipice of our worst season under Arsene Wenger. To make matters worse, he next faces a manager who he has never defeated in the Premier League.

Tomorrow’s match versus Manchester United now leaves us with the daunting reality that we could win the rest of our games and still be barred from entering the VIP section that is Champions League qualification.

Five games remain in our league campaign, and all five must be victories. We then must sit on the edge of our seats and wait for Liverpool, City and United to slip up. The way things are right now, this is quite easily our worst season.

So, how do we defeat United and salvage any semblance of hope? 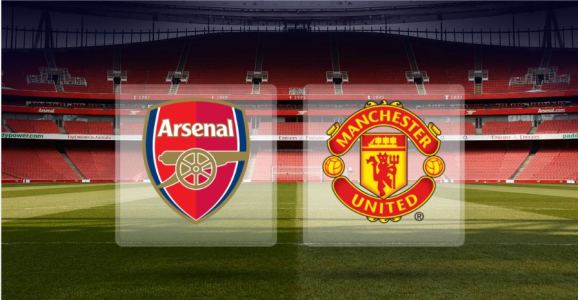 Firstly, United have a huge task in fielding a competitive team that isn’t suffering from fatigue or injury. After defeating Celta Vigo in Spain on Thursday, Jose Mourinho has intimated that he may rest some of his first teamers as the Europa League takes priority. With Zlatan Ibrahimovic, Luke Shaw, Marcos Rojo, Timothy Fosu-Mensah and Ashley Young ruled out through a combination of injury and suspension, and Marcus Rashford looking to be in pain when he was substituted on Thursday, Mourinho will surely ring the changes.

Michael Carrick and Wayne Rooney may well be part of his plans and so too should be Chris Smalling and Phil Jones. The England pair were thought to be injured, but it has been revealed that they will be in the squad for the game.

Arsene Wenger will also have his own players returning from injury, with David Ospina and Shkodran Mustafi both back in training. Will the German defender’s return to action see Wenger shift back to a back four? Or will we continue with the Back 3 experiment? The jury is out in regards to fan’s opinion, but no one can predict what Wenger will go with.

A big dilemma is what our midfield will look like for this game. In his last press conference, Wenger said that Granit Xhaka only has a ‘little chance of playing.’ That leaves Aaron Ramsey, Francis Coquelin and Mohamed Elneny to fight it out for the two spots, as Alex Oxlade-Chamberlain has impressed since playing as a wing-back in our new formation.

A lot will depend on Alexis. The Chilean has been responsible for keeping our slim hopes alive, but his record versus the big boys leaves a lot to be desired. He has just one goal in the last nine games against the teams above us, and Sanchez must finally show everyone what he can do against top class opposition – even if it is to entice another team.

United have won the last four games that have followed Europa League games, so they will be prepared. They will also come to the Emirates well drilled and hard to break down. We must utilise pace and movement and abandon the plodding, sedate passing of more recent seasons. We must find the Arsenal of old if Arsene Wenger is to finally vanquish Mourinho and Arsenal are to keep up the chase.

Twenty four games it has been since United tasted defeat. It is going to take an almighty effort for that to be broken, but break it we must. The least we expect is effort.

Predicted Scoreline – Screw it – 2-0 to The Arsenal #UTA

One thought on “Arsenal Vs Man Utd – Match Preview”