If you utter the name ‘Paolo Vernazza’ to the majority of Gooners, then the response is usually a swift shrug or a blank stare. The former Gunner made a smattering of appearances in the late ’90’s for the club, before moving on to Watford, Rotherham, Dagenham and Woking.

His big break at Arsenal was in the Double winning season of 1997/98, when he made a league start, but in total, there was only eleven appearances accrued in a Gunners shirt.

His career status was that of journeyman. He wasn’t aided by regular injuries, but Vernazza was consigned to the lowe leagues for a large percentage of his career. 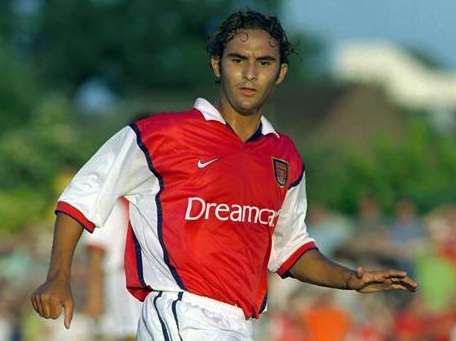 So, what does a player do when they have not accrued the megabucks of their more illustrious playing brethren? They cannot fall back on their earnings, so they must forge a career elsewhere, usually using their ties in the game to good effect.

Vernazza did just that. Becoming a registered football intermediary with the FA, he and other ex-pro Danny Webber went on to play integral parts in building up footballing agency business ‘Platinum One.’

As former pro’s, they would be perfectly placed to negate any obstacles and hazards that may befall the players under their wing. They had information from behind enemy lines that would stand them in good stead when it came to crucial negotiations. It makes perfect sense for players to turn to this career when they hang up their boots. They could make this somewhat shady business a lot clearer with their combined acumen gathered during their own career as a professional football player.

The company values itself on being managed to the highest ethical standards – so what has happened just recently will not be helpful to the company’s cause.

Vernazza, Webber and two others were suspended or banned by the FA for breaking rules in regard to signing contracts with children.

Vernazza was banned for seven months, after he was found guilty of trying to sign a contract with a minor. This was despite the former Gunner not being cleared to work with children. What made his sentence heavier was because the contract had also not been signed by parents or a guardian.

Fellow Platinum One Agent Danny Webber – of Manchester United, Sheffield United and Watford in his playing days – was suspended for 84 days after approaching a player younger than 16 years of age.

Young players are impressionable. They devote themselves to the game so they can enjoy the lifestyle they see on TV. Then an agent turns up to their game and it’s a former professional who played in the top flight. These kids need an appropriate adult present in any discussions about their future, to guide them away from hasty decisions.

There are already so many pitfalls that can inflict misery and a change of career on these starry-eyed starlets. With the constant shadow of injury, a slew of changing coaches who have different views, and loan moves deciding which direction your life will head, the last thing they need is to worry if their contracts are being handled appropriately. They need to know they are being handled in the correct way. These agents are meant to have the best interests of their client above all else.

This is why Vernazza and Webber deserve everything that was thrown at them. They have the futures of these youths in their hands, and they are charged with ensuring the best options for their client. To do so, they must follow the rules that everyone else must follow. It is a delicate business that must be run with decorum, respect, and above all else, a priority must be given to these kids.

A violation of this code of conduct should warrant a severe punishment. Hopefully this first violation will be a stark warning to Vernazza and Webber, and will direct them toward putting their clients first before their own gain. All within the rules too.