The sooner we can all forget the mess that was Bayern Munich – both legs – the better, and this match offers us all the comforting opportunity for a little happiness.

The 10-2 hammering at the hands of the German giants on paper looks as if we are further than ever from actually challenging at the top end of not only European competition, but domestically too – but there were positives to grasp at.

Our first half performances in both legs were competitive and full of attacking impetus which carved out plenty of chances, but it is our resolve and lack of fight which sees us look up at our competitors rather than on an even footing.

The Champions League is now consigned to the past thankfully, and firmly in our sights is the only chance for silverware we have this season – the FA Cup. 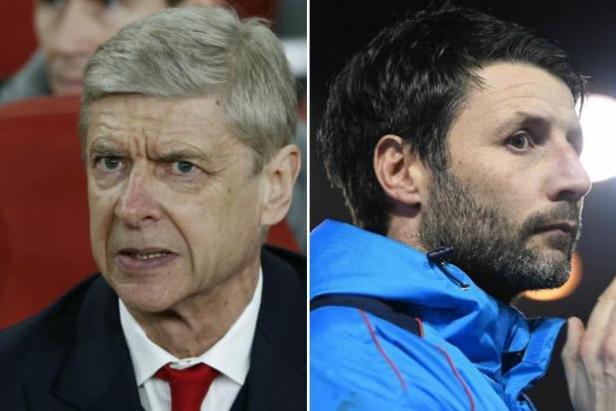 The first hurdle we have is Lincoln City – giantkillers they may be, but an opponent that should be steamrollered. Whilst there is a chance for an upset though, we need to be ruthless and approach this game like it were top-flight opposition.

The moment we think we already have this won is the moment we could fall to the most embarrassing defeat in FA Cup history.

There are obstacles in our way that make this tie a lot more difficult than it appears.

There is the sickness bug which has ruled out Danny Welbeck and Alex Iwobi, and has debilitated Mesut Ozil in recent weeks. Ozil hasn’t been declared unfit yet, but the German may not be risked with our Premier League campaign in severe need of resurrection.

Santi Cazorla is out for the entire season and Mohamed Elneny is also ruled out, but we should have enough in the tank.

Aside from those above, it is all systems go. David Ospina, being the cup keeper, will likely keep his place in goal if he overcomes an ankle complaint, and Arsene Wenger will be well aware of how important the Cup is this season, so a strong side will be out in force.

Theo Walcott and Lucas Perez will be hopeful of playing from the start, and Alex Oxlade-Chamberlain has been particularly effective in the last few months so could get the nod. Ainslie Maitland-Niles and Jeff Reine-Adelaide are the likeliest to benefit from a bout of rotation, as the Champions League game may have rendered some fatigued.

Kieran Gibbs could come in for Nacho Monreal, but the midfield combo of Granit Xhaka and Aaron Ramsey seemed to have a positive effect on the Swiss star, perhaps because carrying Coquelin through the last few games has a distracting effect?

National League leaders Lincoln have an FA Trophy Semi-Final in their midst, and sitting top of the league brings its own demands, but this tie represents the match of a lifetime for Danny Cowley’s men – and they will be unbelievably pumped for this  game.

The Imps have only lost two of their last 34 games, and are in great form, but there can be no excuses for anything other than a win. No matter how we win, don’t expect any plaudits from the press.

If we win handsomely – it is merely what we should have done.

If we win by a one or two goal margin – we made tough work of it and we are a laughing stock.

If we draw – heaven forbid.

If we lose – Pray to Bergkamp.