It’s been a while since we Gooners have erred towards positivity, but the current run Arsenal are enjoying leaves no room for negativity.

One loss in the last seven months, squad weaknesses rectified, and the attacking verve which was missing through a large portion of last season has returned – and with aplomb.

Our last outing was just two days ago – a comprehensive 6-0 victory over Ludogorets – and it was yet another win for Arsene Wenger’s men, which adds yet more of that magic ingredient which boosts our team – confidence.

Back to Premier League matters though, and next up is Boro. 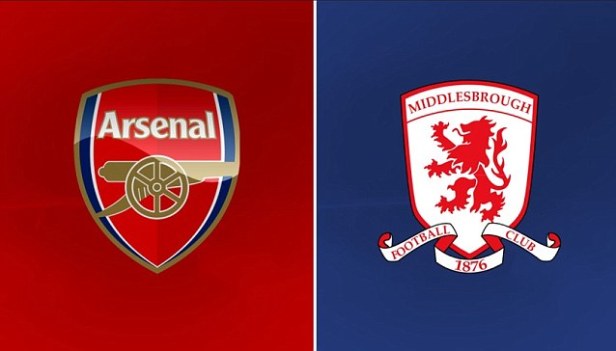 In terms of selection, the fixtures are upon us with alarming regularity. It is great news for us fans, but Arsene Wenger must use his full repertoire to ensure injuries are staved off, exhaustion does not occur, and the form players are in the side.

In the midweek Champions League win, Granit Xhaka was left out of the team, despite being available for selection. The Swiss star will again miss out, but this time it will be due to suspension after his ludicrous red card against Swansea. Francis Coquelin returned to great effect in his absence, and the Frenchman will again more than likely get the nod to partner Santi Cazorla in the centre – if the Spaniard is fit.

Cazorla picked up a knock to his Achilles in the midweek win, so our midfield may just be a combination that has rarely been seen. Mohamed Elneny stands by to deputise if Cazorla fails the fitness test.

David Ospina will once again drop to the bench to make way for regular glove incumbent Petr Cech, but after this, the team selection enters into guesswork territory.

Keiran Gibbs replaced Nacho Monreal in midweek, and he may just hold the place down again, after the Spaniards recent displays were below his usual standard. Gibbs may just have deserved his shot too, after showing patience and professionalism whilst on the bench, but his displays never faltered.

Alex Oxlade-Chamberlain played well in our Champions League game, but the man he replaced – Alex Iwobi, looks to have the left of attack nailed down. Will The Ox keep his place, or will our Nigerian wunderkind return to his rightful spot?

Olivier Giroud and Aaron Ramsey continue to fight their way back into contention after their respective injuries. It is simply a lack of match fitness that is blocking their efforts to get back into the reckoning, but a few minutes may not be beyond them.

Lucas Perez got a brief runout midweek, but the likelihood of him being in the first eleven is low. Next week’s EFL Cup game against Reading may be the game for him.

Our attacking triumvirate certainly will be taking to the field against Boro, as they scorch each and every opponent they face. Walcott, Sanchez and Ozil have hit form, with Ozil hitting his first ever hattrick, and Walcott and Alexis full of goals for the majority of this season thus far. Each player, much like the Channel4 News Team, bring their own subtle blend to the equation, and collectively, they have the power to unlock the meanest of defences.

How can Wenger drop any of them?

Boro lost narrowly in their last game – a 1-0 reverse at the hands of Watford – and their boss Aitor Karanka has to arrest the slide which his side are on, with just one point from their last five games.

Their is danger in their side though. Aside from the loss to the Hornets, Boro have scored in each of their games. They have genuine quality in their side, with Martin De Roon in the engine room and Alvaro Negredo up top just two of their stars, and Karanka will ensure they do not give up the points without a fight.

It is a game we will expect to win, but the Premiership is possibly the most difficult to predict – which is to its benefit.

On a sidenote, Boro defender George Friend has proclaimed that his team aren’t scared of Arsenal. The last person to declare their bravery before facing the Gunners was the Ludogorets coach……