Arsenal continued to impress and exhibit the form which has seen only one loss in the last seven months, as they hit Bulgarians Ludogorets Razgrad for six in the Champions League.

The Gunners, who lie in second place in the Premier League and are only goal difference away from top spot, took 1st place in Group A from Paris Saint Germain with this demolition, and their frontline on this form will send timely reminders to all rivals that they must be taken seriously.

Prior to kickoff, the fixture congestion which sees Arsene Wenger’s side play seven games in twenty one days was the hot topic. Rotation of a squad finally able to deal with the rigours of such demanding calendars would be required, and Wenger mixed his side up, whilst keeping the bulk of a team which had performed well since the start of the season.

David Ospina once again came in to the side for his own personal European adventure, and Keiran Gibbs replaced a jaded Nacho Monreal. Granit Xhaka, despite being available for selection after being sent off in the 3-2 win over Swansea, was left out. Francis Coquelin returned to the side to marshall the midfield alongside Santi Cazorla, and Alex Oxlade-Chamberlain came in for Alex Iwobi on the left of the attack.

Alexis once more ploughed a lone furrow up top, and concerns over yet another game for the Chilean rose to the fore, with calls for Lucas Perez to come into the side.

We should be glad Wenger doesn’t listen to us.

A Mesut Ozil hat-trick, a wonderful finish from Theo Walcott, a confidence-boosting goal for The Ox and a beautiful goal from Alexis to start the ball rolling showed that the spirit is high in the Gunners camp. The attack which has reaped so effectively so far this season once again clicked into gear, and if form can be maintained as well as fitness, the omens are good for a successful season.

There was so much to take from this handsome victory, but here are 5 of the key points from this action-packed game:- 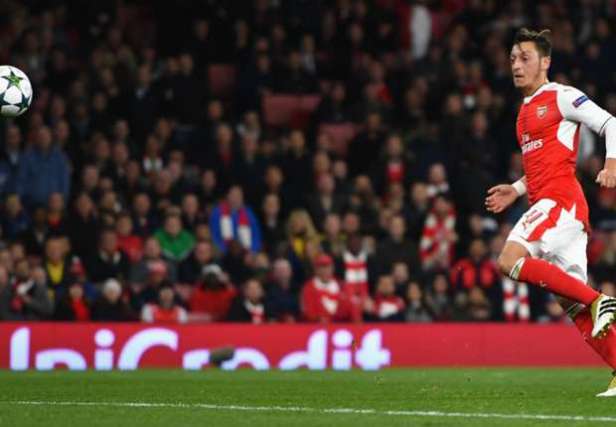 We have all watched his Arsenal highlights reel ad infinitum, but this match perhaps highlighted what is sometimes overlooked – even when he isn’t firing on all cylinders, Ozil is still integral to us and operates on a level that few can comprehend.His hat-trick – his first in professional football – was sumptuous finishing and mixed power with unerring accuracy. The third ingredient which rendered the Ludogorets keeper useless was Ozil’s adaptability, choosing the right type of finish at the right time. The thing is though, that at times, Mesut’s touch deserted him and he wasn’t quite at the races. Just imagine when he finally hits his mark….

Alexis must be used to the max 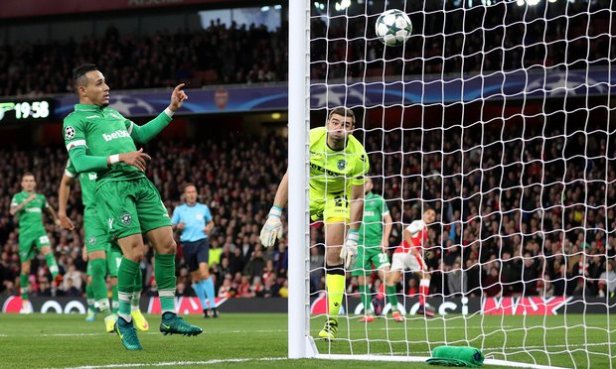 Top players rarely miss games. The men who break records, carry their team and forge reputations play the majority of their sides games. So, as our games come thick and fast, one of our star players must be in the team. If Alexis says he is fit and ready, then he must play. The difference he can make is massive, and he broke the deadlock in this game with a piece of skill and lob that was outrageous. The Chilean will no doubt maintain he should play this Saturday too – and if he is fit, then get him on that pitch.

Coquelin returns with a bang 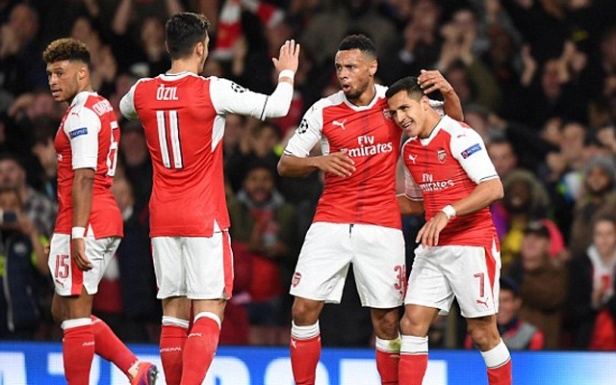 Francis Coquelin has made a swift recovery from his knee injury, and the manner in which he returned to the side speaks volumes. It was a shaky start for the whole side, despite being a goal up – and it was Coquelin who provided the shield which the side needed. He was a one-man wrecking show, and his hunger for the ball was palpable. He is still the best tackling midfielder we have, and even though Granit Xhaka has taken the plaudits this season, Coquelin’s role in this season will be telling.

A high line versus a counter-attacking team?

We scored an early goal, which was part of the script, but we then began to ad-lib. Instead of pressing our boot further down on our opposition, we decided to lighten our grip. We also failed to adapt our defensive tactics with our shift in tactics, as we kept the high-line of an attacking side whilst not actually having possession. Ludogorets could have rewritten the whole game, but found David Ospina in fine form. Our defence could have made it easier for their keeper, if they had sat back a few yards. Something to work on at Colney.

Credit to The Ox

I have been disparaging about Oxlade-Chamberlain in the past. My opinion is that there has been very little growth shown from the boy since he was bought. The flashes of genius he shows regularly, more often than not are followed by losing possession. His goal in this ame though, the positions he picked up, are causes for optimism. He still lost the ball, but there were far more positives to his display than usual. Playing alongside the delights of Ozil and Sanchez will always benefit a player. Hopefully he is finally blossoming into the player we all believe he can be. He certainly needs to show improvement. This game represents the first step.

A game that was bereft of negatives, and even the lesser-spotted Lucas Perez got on to the pitch and offered an assist! This game is simpl one to wallow in and savour. It isn’t often our team plays and wins without anything to quibble over.

Another win, and the confidence keeps soaring. Keep it up boys.