Hang on, didn’t we play Hull in the FA Cup a week ago?

Yes, and thanks to fixture congestion and some scheduling from the FA, Arsenal once more dust themselves off to defend the Cup they have held since 2014. Tomorrow’s opponent? Quique Sanchez Flores’s Hornets side. 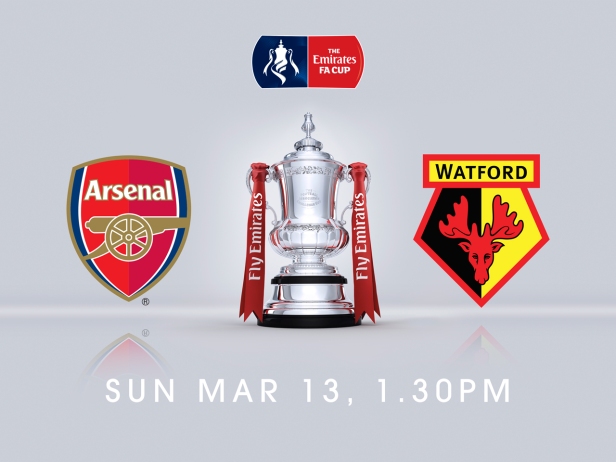 The previous round saw us require a troublesome replay to see of perennial FA Cup opponents Hull City – and if we put in a performance similar to the first match against the Tigers – we will lose our grip on the FA Cup. Watford are an accomplished side with an effective gameplan, and we will need our impact players to do exactly that – make an impact.

Thankfully, the second game at the KC Stadium saw our misfiring strikers finally find a smidgin of form – with Theo Walcott and Olivier Giroud both scoring braces. Confidence is the sustenance of any modern day football player – especially a marksman – so breaking their respective droughts will have done both players a world of good.

Form is a hard thing to catch once you have let it go, so to see both strikers in the goals will give Wenger a headache as to who gets the nod, or will it be both? Also, Kieran Gibbs has deputised for Nacho Monreal recently, and it is thought he will keep his spot. Gibbs has played relatively well despite flitting in and out of the side and it is great to see he can be called upon when required. Will Hector Bellerin play, and risk missing out on the chance to return to his homeland? Will Wenger rest Sanchez, knowing that he will be desperate to play against his former side? Will Ozil continue to enjoy a hiatus?

Wenger now enters the stage of the season where every stroke of his brush results in either a masterstroke or unparalleled disaster. One rested player in a game can mean a loss and a slide. However, if he overplays them then a loss of form – or worse, injury – beckons. His future at the club teeters on the next two and a half months.

It is expected that Arsene Wenger will name a strong side on Sunday, even with the shadow of another game with Barcelona on the horizon. The consensus within the majority of Gooners is that the FA Cup and Premier League should be prioritised ahead of the Nou Camp clash, but the glamour tie will be hard for Wenger to ignore.

It is a good thing then, that his hand is forced slightly by injury. Last weeks cup progression against Hull was particularly costly in terms of injuries – Aaron Ramsey looks to be out for weeks with a hamstring injury – with Gabriel and Mertesacker also suffering knocks. The two defenders should make this game, according to Wenger in his Press Conference, but Koscielny continues to be a doubt.

With Jack Wilshere no nearer to returning, it is a salve that Santi Cazorla has been posting videos and photos as he works hard in the gym to return to the team and aid Arsenal’s efforts, which we are in desperate need of!

In terms of the opponents – Watford rely heavily on the enigmatic talents of Odion Ighallo and the brute force of Troy Deeney, but their midfield are no slouches. They press and harry, and time on the ball will be at a premium, so the welcome form of Mohamed Elneny will be useful. Francis Coquelin also returns after being suspended for the second game against Hull City, and he will fill the spot that Aaron Ramsey vacates.

Will Wenger again opt for Theo Walcott now the touchpaper has been lit for him? Will he go for the more proven merits of Olivier Giroud? More questions for Arsene and the rewards and punishments couldn’t be much more severe. We are not quite ready to give up our cup to grubby mitts, and hopefully we will fight tooth and nail to keep it in our trophy cabinet.

One thought on “Arsenal Vs Watford – FA Cup Quarter-Final Preview”