A match between two of the Premier League heavyweights is enough to whet the appetite, but with the history these two clubs bring to the table and with some explosive past encounters – this match is always a highlight of the fixture calendar.

With Arsenal sitting on top of the Premiership and Liverpool not quite giving up hope of a Champions League spot, three points from this game is a must for both Klopp’s men and Wenger’s. 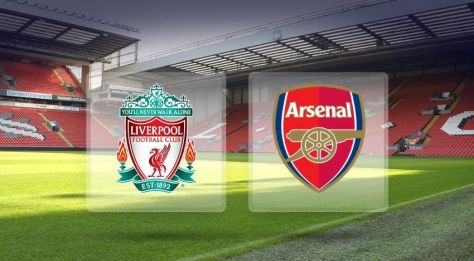 Injury problems continue to plague the Gunners, but the effect they have had hasn’t derailed their title tilt. Despite missing Danny Welbeck, Jack Wilshere, Tomas Rosicky, Mikel Arteta, Alexis Sanchez, Theo Walcott, Aaron Ramsey, Santi Cazorla and Francis Coquelin for extended periods, Arsene has managed to juice the maximum out of his squad and navigated through some tricky passages.

From the crocked group above, Walcott and Ramsey returned in late 2015, and there is further good news, with influential midfielder Tomas Rosicky back in full training, as well as Alexis Sanchez. The Chilean in particular will be a huge boost upon his return, but this match is too soon for him, with the match away to Stoke on the 17th of January pencilled in for his reappearance. 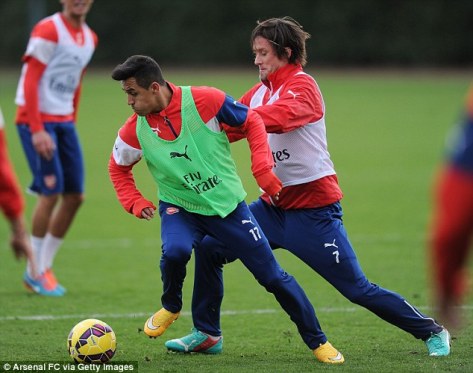 The last match for Arsenal was the Third Round FA Cup win over Sunderland last weekend, and Per Mertesacker, Mesut Ozil and Mathieu Flamini were rested,but are expected to slot straight back into the side at the expense of Gabriel, Alex Iwobi and Calum Chambers respectively.

Liverpool boss Jurgen Klopp has been criticised by some quarters for their own extensive injury list. Citing a gruelling training schedule in order for the team to play the pressing “GegenPress” style that Jurgen Klopp favours, media experts and ex-pro’s have all taken their turn to voice their opinion regarding Liverpool’s injury woes.

Klopp will be thanking his lucky stars that Mamadou Sakho and Kolo Toure have returned from injury, as with Martin Skrtel already out, making a central defensive pairing would have been difficult. Lucas Leiva has filled in at centre-back and will no doubt be ready if needed, but just in case, Stephen Caulker has been drafted in on loan to ease the pressure on the squad.

Also, with a potential return of Jordan Ibe, James Milner and club Captain Jordan Henderson, Klopp has choices that he didn’t envisage only a week ago.

It is in attack though, that will make or break Liverpool’s chances in this game. Will they opt for the physical approach and put in Christian Benteke from the start, or do they use him as a ‘Plan B’ if things go awry? Will Firmino provide enough on his own or will he need a foil alongside him like Divock Origi? Regardless, Klopp must settle on a plan, as he has won a mere five games from his twelve league games at the helm of the Reds, and scoring only fourteen in the process hints at what inadequacies are hampering them.

Whilst Klopp wracks his brain trying to formulate the best gameplan for victory, Arsenal have maintained their push for the title with seven wins from the last eight – only the horror show against Southampton proving the anomaly in a series of impressive wins that have exhibited Arsenal have a strip of steel running alongside their spine. There have been countless occasions during those eight matches in which the balance could have swung away from them, but a true team spirit and grit have seen them keep their head above water and allow them to firstly keep pace with the leaders, and then overtake them.

This match usually brings goals, with thirty five in the last nine games at Anfield. Arsenal have a rather impressive record versus the Reds too, losing only two of the last seventeen games. With only one win from the last four away games however, there is a weakness that needs to be eradicated from Wenger’s side.

The fixture list is congested for all teams, and with another match for both teams in the weekend, utilising all players in the squad will be vital. An away trip to Stoke is next for Arsenal, not exactly a happy hunting ground for Arsene Wenger in recent years. Both managers, like chess GrandMasters, will have the next move on their mind.

So, both sides suffering with too many players on the treatment table, but with contrasting fortunes in regards to dealing with stretched squads. An away trip to Anfield presents another massive hurdle that if jumped successfully, could be a massive pointer towards where the Premier League trophy may go. Just past the halfway point and Arsenal are sitting pretty.

Throw into the mix a returning Sanchez and Rosicky in the next couple of weeks, with Cazorla, Coquelin and Wilshere to come and Arsenal appear to be in rude health.

So many huge tests coming up, but a match at the home of Liverpool is always one of the biggest. A win will just add to the clamour for Arsenal. The pressure amps up one notch at a time.