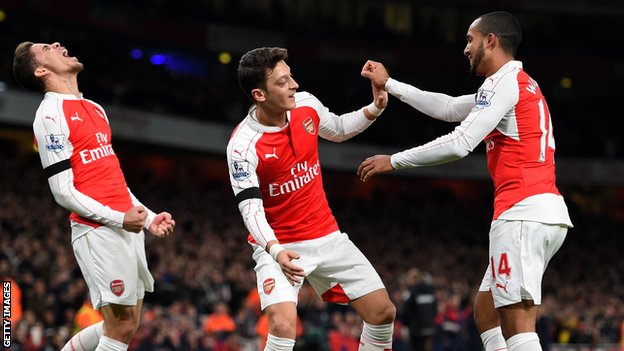 After the debacle at the St Mary’s stadium, Arsenal were labelled by the media and some fans alike as bottlers, as another chance to claim the top of the league went begging.

The performance against Southampton was far from good enough, and with this game coming a mere two days after the miasma on the South coast, it was expected that Arsene Wenger would make changes as his side welcomed Premiership new boys Bournemouth.

Cherries boss Eddie Howe had overseen a six match undefeated run prior to kick off, and with his side missing their hotshot striker Calum Wilson, the fact they were outside the relegation zone and keeping pace with what is a frenetic season, is testament to the mettle of his team. Still maintaining their attacking structure whilst stifling opponents has meant Howe and his side had breathing space away from the dreaded relegation zone. Every match represents another challenge though and Bournemouth turned up to The Emirates looking to do what they have done to both Man United and Chelsea this campaign.

Arsenal as expected had made alterations to the side which rolled over for Southampton. Laurent Koscielny, who had looked stretched in the weekend and with tendonitis in his ankle always on the horizon, was rested in favour of Brazilian killing machine Gabriel. Kieran Gibbs came in for the ever-reliable Nacho Monreal, Joel Campbell was relegated to the bench after an extended run in the side and Alex Oxlade-Chamberlain was his replacement, and more surprisingly, Calum Chambers was installed in the holding midfield role, with Flamini given a rest for the upcoming Newcastle game in the weekend. Chambers had been motioned for this very position in the past and his recent substitute appearances have been in the shielding position, but starting in the role was a definite step up.

Anyone who has watched Chambers can testify that his ball control is not an issue, and for the first half, he was assured and kept it simple, leaving the attacking to his more blessed teammates.

The first forty-five minutes started tensely for the home side, the haunting tragedy of Southampton lingering and affecting the play. It wasn’t until the 27th minute that the blues were banished and Gabriel was the man who was Chief Ghostbuster.

No surprises when it was Mesut Ozil who assisted the goal – for his sixteenth of an impressive season – but what really will raise the eyebrows of all Gooners is that it was from a corner kick. Gabriel met the German’s swinging cross with a bullet header which left Cherries keeper Artur Boruc with no chance.

Bournemouth were a threat though, and Gibbs had  to be at his best to keep wideman Matt Ritchie quiet, and Josh King was testing Petr Cech. Arsenal were on top and dictating play, but always had to be wary of the Cherries.  The goal though, had settled the Gunners and the first half was seen out comfortably.

The second half carried on in the same vein as the first, with Bournemouth carrying an attacking sharpness but ultimately, unable to ripple Petr Cech’s net. Credit must go to Arsenal’s changed backline, who dealt well with what Bournemouth threw at them.

Arsenal continued to probe and on several occasions, were showing their rapidity on the counter attack, especially with Walcott who missed a good chance in the first half. Ozil was again instrumental and it was apt that it was he who would provide the killer second.

With his back to goal, Olivier Giroud didn’t have many options, but a run from Mesut into the box meant that the Frenchman could backheel the ball into the German playmaker’s path. No other touches were needed and Ozil sidefooted it home. It meant that Bournemouth’s resistance was broken.

The rest of the game was played out at a more pedestrian pace, but another slick move ended with Oxlade-Chamberlain planting the ball against the post with Boruc beaten. It could have been more, but all in all, every Gooner would have been pleased to get back to winning ways.

With Arsenal keeping a clean sheet, it meant that this was the 170th clean sheet that Petr Cech had earned in the Premier League, a new record. The giant Czech has been far and away the best goalkeeper since he arrived at Chelsea and this record will take some beating. I sincerely hope that praise is heaped upon the man who can now claim to be the most effective goalkeeper the Premier League has seen. 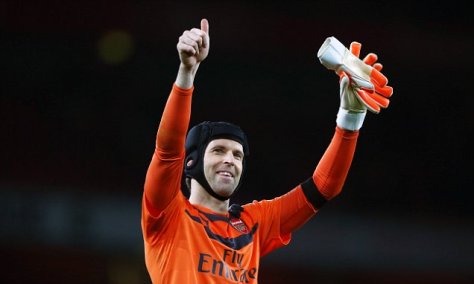 Another success was Man of the Match Mesut Ozil, who ran the show and even bailed out Hector Bellerin on a couple of occasions. He created nine chances during the ninety minutes and no Arsenal player has EVER created more than this. The German has no discernible position but that would only stymie his creative juices, which are utilised in every conceivable area of the pitch through his range of passing. 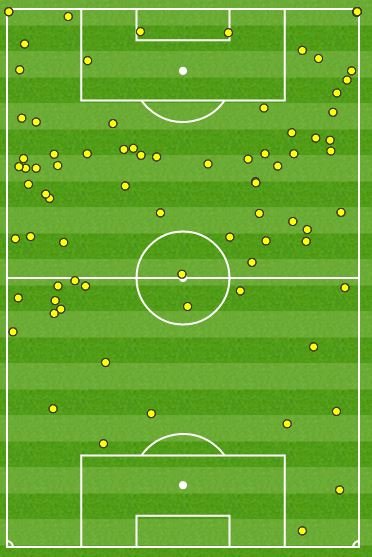 Also, the brave call to include Chambers just in front of the back four must be commended. If the young England man had suffered a terrible game, then Wenger would have suffered the wrath of the back pages, but Chambers was assured and not overly rattled by the pace of the game nor the opposition. Arsene saw that Chambers possessed a little more than the average clogger in defence and he didn’t look like the fish out of water that the journo’s were hoping he would be. It adds another option to an injury ravaged midfield and also a worry for Gooners that Arsene Wenger may think that Chambers could be a viable option and render buying in the transfer window a moot point.

So, the Gunners went to the top of the league, at least for twenty four hours. It was a satisfactory performance and meant that the ‘bottlers’ tag that was hastily slapped upon the team could be binned. Top of the league, a record breaking keeper, a world class playmaker and a team that deservedly resides at the summit of an incredibly competitive league.

Write them off at your peril.