Part and parcel of a footballer’s development is to take the acid test of first team football. Training ground scenarios and gleaning from fellow professionals is mandatory but these alone are not enough to complete a footballing education.

Experience of the frenetic nature and pressure of ninety minutes under the gaze of thousands of scrutinising eyes cannot be replicated. This means that the higher echelon of clubs who have a burgeoning scouting and youth system must choose the best option from a plethora, to guide and nurture.

The pitfalls can be career ending, but the rewards can be unbelievable. So the time that a Manager takes to decide where one of his young charges goes to further his tutelage can be considered some of the most important they will take. The player can become a club icon, a headline-grabber. Every step of their early years must be painstakingly planned out though. One wrong step and confidence can be dented, a dry spell on the pitch can see minutes on the pitch limited, which then could start a steep decline.

We’ve all seen it and lamented the death of talent. So with some of our highly rated young players out on loan – who has the best chance to shine?

Chuba Akpom and Isaac Hayden have packed their bags for Hull City and the ample wing of Steve Bruce. Jon Toral has plumped for Birmingham City. Maitland-Niles has gone for Mick McCarthy’s Ipswich Town and Daniel Crowley has his opportunity at Oakwell with Barnsley.

I have purposely omitted Serge Gnabry, Yaya Sanogo, Emiliano Martinez, Wojicech Szczesny and Carl Jenkinson from this look at loanees as these players have all at one time or another been associated with the first team squad. The players we will now look at need this loan spell to make that final leap from promise to fully-fledged squad member at Arsenal.

Chuba Akpom underlined his credentials with a hat-trick in the 4-0 win over a Singapore Select XI in a pre-season friendly. We have been familiar with his name for some time but the calmness in which he took his chances was enough to make fans think we may have something special.
This won’t be his first loan spell though. Last season, Akpom spent time at Brentford, Coventry City and then Nottingham Forest. None were fruitful and he only made a handful of appearances for these teams. What Chuba needs is a team where they are willing to gamble and play him from the start. Provide an answer to the question; Can he score regularly in a competitive campaign if given the minutes?
The first game of the Championship season saw him start the game and provide the most teasing of clues as he netted his debut goal. Steve Bruce has extensive football knowledge and should give our young striker enough of an opportunity to make the step up.

Isaac Hayden has also joined his fellow Gunner at the KC stadium. It could have been so different for the young defensive midfielder though, if it weren’t for a nasty injury just as Hayden was appearing in match day squads for Arsenal. He was being considered as another option for the holding midfield role. Then cruel luck struck him. It took him months to regain fitness and by this time, the midfield spot in the squad and on the bench was sewed up tight.
There is a reason why he was so close to breaking through, and hopefully that will become abundantly clear in the Championship season as Hull aim for an immediate return to the Premier League. After a bright start that has seen the Tigers earn seven points from a possible 9, they currently sit 2nd in the division and are well fancied in the football betting to win the Championship outright and it will be up to both Akpom and Hayden to ensure they continue their early season form 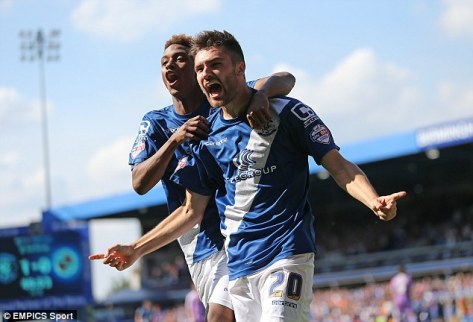 Jon Toral can count last season as a success as he was part of surprise package Brentford’s charge into the play-offs. He played with regularity and plaudits were earned rightfully. This saw him included in Arsene Wenger’s pre-season plans but a season long spell at St Andrews can really confirm whether he can maintain his impressive showings. Blues boss Gary Rowett was partially responsible for Burton Albion being promoted last term and his work with youth players whilst at the Brewer’s will only serve to help Toral. He has had a great start too. Things looking good thus far.

Ainsley Maitland-Niles has a great chance to improve his prospects as he starts his loan spell at the Tractor Boys. Manager Mick McCarthy will be a good judge when to play and rest our young winger, but he played 37 times for the Academy last season and his eye for goal will only be honed at Portman Road. The young Niles has been at Arsenal since he was nine years old, so he is well versed in ‘The Arsenal Way’ , all that is left is the taste test. The proof is in the pudding and each display he puts on will undoubtedly be looked over by Arsene Wenger. The first match of the Championship season saw Maitland-Niles start and play 82minutes. A good start, made even better by McCarthy waxing lyrical about Maitland-Niles after a glowing performance.

Daniel Crowley is perhaps carrying the heaviest of expectations. The young midfielder is heralded as a Wilshere-esque game changer and at such a young age, the only way is up. His surprise inclusion in the Barclays Asia Cup was refreshing and also a telling factor in how highly Arsene rates him.
Barnsley are plying their trade in League One but Crowley played in the first game of the season and also claimed an assist in a 3-1 loss. It isn’t clear how many games he will start but big things are rightfully expected. 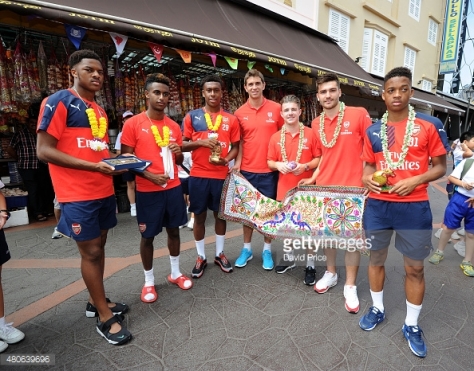 These young players have everything at their disposal to embellish their credentials and force their way into next seasons plans. There are plenty of things that can derail these desperate attempts to be in Arsene Wenger’s mind though. Injuries being the foremost worry. Some teams may take the more agricultural route when attempting to stop these young men making fools out of them and an errant boot can take a kid out of a managers reckoning for months.

What isn’t initially worried about is that these players will be found out at their respective loan clubs. Everyone associated with Arsenal are more than aware of the talent that is at their disposal. All it takes now is a gaffer brave enough to watch it blossom.

In terms of chances for success and knocking on Arsene Wenger’s door next term, I’d say that Daniel Crowley has the best chance. This isn’t belittling the other players either, just an acknowledgement of how good Crowley can be. The myriad of problems that could befall any of these teenagers/men could send you to distraction however.

Jon Toral also seems ready to move forward, but with only one game played for any of these players, any type of deducing in terms of long-term career is moot.

What we all need now is Toral, Crowley et al to get as many minutes as they can and impress their individual talents onto each match. Take these opportunities that have been given and fully utilise them. If they do not then a football career can still be on the horizon, only for the journey to be a little less vibrant and fulfilling.

All these protegees are on the cusp of something special and thousands of Gooners, along with Arsene Wenger, will have the keenest of eyes on their progress. Good luck boys.