Seeing as Thierry Henry chose the age of social networking to display his fine wares on the football pitch – most will claim to be aware of his story. Truth be told though, little is known of the true origin of perhaps the greatest player to ever don the Cannon jersey.

I delved deep with a team of researchers and a Value Multi-Pack of RedBull and we went to work unearthing the past of the man we all call ‘Le King’.

I give you the Unknown History of Thierry Henry. 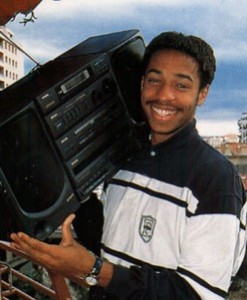 Born in one of the many suburbs of Paris in 1977, his father showed little interest in his birth and presence. His father – Antoine –  was part of a fledgling group who were the flagbearers for the initial ‘Minimalist Earth Lovers’ Party, whose manifesto was to spread love throughout the world, but without actually doing anything. Most of his days were spent at the mouthpiece of a bong and watching Mexican Midget Wrestling. 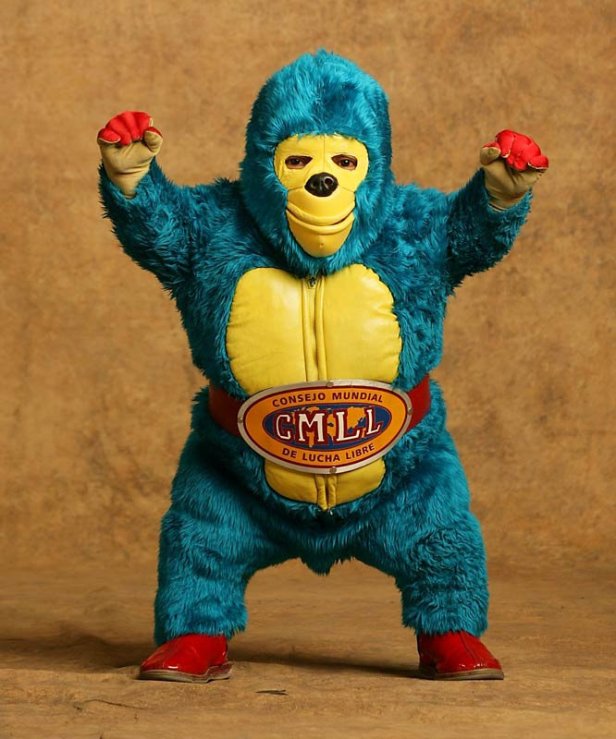 His mother though, was the complete contrast of this. Maryse adored her little man. Arguments about methods of parenting ensued and the Henry household became a tumultuous place. Maryse couldn’t bear to part with young Thierry, even during her awkward lovemaking sessions with a now stationary Antoine. She kept him close at all times and wanted to do everything she could for him.

Antoine by this time was deep in the Minimalist Earth Lovers ( MEL ) movement. He refused to move from his squalid beanbag in front of the TV for fear of creating a bigger carbon footprint. The only occasions he made any motions were to attend Party meetings and to change channel. He spoke less and less but made it abundantly clear that he wished his son to follow in his footsteps. He wished to homeschool young Thierry in the ways of the Minimalist and the Hippy.

The marriage ended messily but joint custody was granted by the Paris Magistrates. The weekdays were to be spent in the safe routine but cloistering presence of his mother Maryse and the weekend he would be dropped off to his now sedentary father Antoine.

Thierry eventually enrolled in his local school but due to his lack of presence at playgroups and with other children, he struggled to interact. He retreated within himself and soon he started to struggle, making excuses to his mother so he could avoid school. His mother, whilst wishing for him to get the very best education, saw the hours Thierry spent at school as the worst of her day thanks to her inability to part with him. She readily accepted the phony reasons from her savvy son and let him stay at home.

Thierry initially hated the weekends. Whilst there was no school for him to go to, he barely interacted with his father, who by now was starting do develop roots into the floor through his excruciatingly long toenails. Thierry spent the time at his fathers house tending to his father and finding novel ways to pass the time. Seeing as his father was a minimalist, his apartment had the TV he remained glued to and the beanbag which had now become fused to him. The only other furniture in the whole flat was the piles of letters Antoine refused to open. Thierry was allowed to manipulate the letters however he wished and soon developed a talent for origami.

He crafted elegant swans, monstrous dinosaurs and a plethora of midget Mexican wrestlers – as he was exposed to this sport from a young age – but his real challenge was to create a football. When his father fell asleep – every night Thierry would turn the TV volume down and quietly scour the channels until he found the football.

Seeing as the commentary was near muted, young Thierry couldn’t quite understand the names of the players nor the phrases the commentary team used, but he was content to watch this marvellous drama unfold every night on the pitch. He made it his mission to make the perfect football from the various unopened letters that had found a home at the foot of the door. The animals he finely manoeuvred from simple sheafs of paper seemed to jump from his hands, but the perfect sphere was proving difficult.

After many weekends lost to paper and football, he finally managed the impossible and crafted a football from the ignored letters in his fathers hallway. Again he waited until Antoine fell into slumber to attempt to recreate the things he so excitedly watched on the TV. With clumsy feet he would have crushed the football he had spent so much time making, so he quickly developed the silky touch we have all had the pleasure to witness in his career as a professional footballer.

One night, as Antoine had once more fallen asleep watching height-challenged Latinos grapple with each other, Thierry took his paper football and juggled it from foot to foot, keeping it in the air with different parts of his leg and feet, the makeshift orb seemingly afloat. His father Antoine, mired in a nightmare involving dwarves and being put in a sweaty headlock, erupted out of the sleep he was so ensconced in. He watched in silence as Thierry made the paper ball do his bidding, every touch was wrapped in velvet. A single tear sloped down the grimy face of a proud father. He spoke for the first time in years to his son, declaring how his heart was so full for him and he had such a special talent.

It was enough to end Antoine’s reverie and hiatus from life itself. Slowly but surely, through the love he had for his son, he got back to normality. He once more reunited with Maryse and they united in support for their son.

It was too late though. Young Thierry had missed so much schooling that he could no longer go to class with his compatriots. His parents vowed to school him from home until he had caught up but years away from a disciplined framework had left young Thierry with an iron will and a blatant disregard for his elders. He smoked. He drunk. He was only ten.

By now, Maryse and Antoine had reached their wits end. Their son was at risk of wasting his talent through his bullheadedness. They sent a letter to a very special man begging him to visit their family to help with their problem son. This man had a fantastic reputation within France and Mr and Mrs Henry both knew their son at one time idolised this man.

A knock on the door of the Henry household a few weeks later was to shape Thierry Henry into the man we all adore now.
Thierry ignored his parents request to answer the door and continued to lustily grope at his sixteenth girlfriend in the space of three days. Antoine answered the door.

Thierry dumped the girl from his lap to the floor and whirled around to face his hero. The man who had taught him the few good rules he still lived by.

He-Man told him that he knew of the special gift he had and that he could do amazing things with it, if he worked hard. He also told him to respect his elders and pick up his litter, before uttering a hearty chuckle.

He-Man then offered Maryse and Antoine the opportunity for Thierry to go somewhere where he can polish his skills and hopefully, grow up to become a responsible adult. They thought it would be best if Thierry went with He-Man.

Thierry sat atop Battle-Cat with He-Man. Before he knew what was happening, they were leaping over buidlings and soaring over rooftops. They arrived at Clairefontaine within minutes.

The rest is history. Clairefontaine ironed out his flaws and buffed the skills he already had. After several years there, he was a fine upstanding young man who had impressed Monaco scouts. He played throughout the youth team and he inevitably impressed the man who shaped his career – Arsene Wenger.

As I mentioned previously, this take on Thierry is not the official story, but one that shows the difficulties he faced and why he is so strong minded today.

We have He-Man to thank for crafting the hero we know today.