A lot has been made of the F.A Cup tie Vs Utd. A lot of mitigating factors have all assembled to assume the form of a gargantuan shadow that looms larger with each passing day. With last years Cup triumph seeing a revival in Arsenal fans expectations – this match is awarded another notch on the hype scale. Gooners want the Cup home badly. It could be argued however – that what is yearned for is an end to the tyrannical reign of terror that Manchester Utd have had over Arsenal in recent years.

Arsenal haven’t recorded a win against the Red Devils for eight games. 2011 to be exact. In that time, Utd have scored exactly double the amount of goals we have bagged in these tussles. When speaking to a Gooner about why their team has such an appalling record against Manchester Utd, the majority will offer up a serving of superstition. Hoodoo. Bogey team. Purple sign etc. No definitive answers when talking of the more recent results where the clubs took to the field on a more even footing, squad wise. Fans are ready to see this curse lifted.

This seasons first match between the pair saw another repeat of what could have been a highlights package of the last few seasons – Arsenal having the possession and setting up trenches outside the opposition box only to be undone by a hammer blow of a counter attack that the whole stadium could see being executed apart from the men in red and white.  If points were given to the teams who ‘deserved’ the points through attacking play and intent then Arsenal would have had the three points. Unfortunately, the Premier League doesn’t have a conscience, thus the points were taken unjustly by Van Gaal’s men. 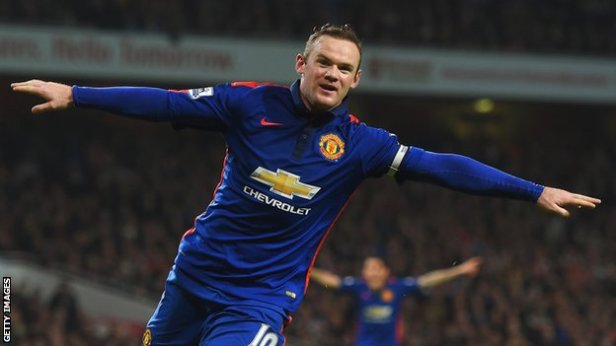 This Cup tie represents an opportunity to end the pain and inflict years of misery that has been laying heavy on every Gooner. Both clubs are more than aware that the F.A Cup represents their sole chance for silverware and it could also act as a soothing balm for patient supporters who have grown to expect more – rightly or wrongly.

Also, let us take a closer look at Man Utd. Prior to their last two results ( a highly fortuitous 1-0 win Vs Newcastle and a 2-0  win against Sunderland ) the team attempting to adopt an ill-fitting three man defence had only recorded one clean sheet in the last seven of their games. Add to this a manager who seems rattled by suggestions that his team aren’t playing the beautiful game and an uncertainty as to who his best eleven is and this must be the best chance Arsenal have had in eons to record a rare win at Old Trafford.

Not that the organising bodies have been helpful of course. The match that would surely carry the most spectator interest is being played on a Monday evening – forcing an arduous journey onto away fans that could have been spared pulling a sickie at work if they could have watched the tie in the weekend. It is an exasperating decision that is a true stranger to logic. Nevertheless, away fans bedecked in yellow and blue will make the trip and suffer for their team, singing loud and proud as they go. The match for both fans carries weight, even years after the tumultuous battles of Messrs Wenger and Ferguson. 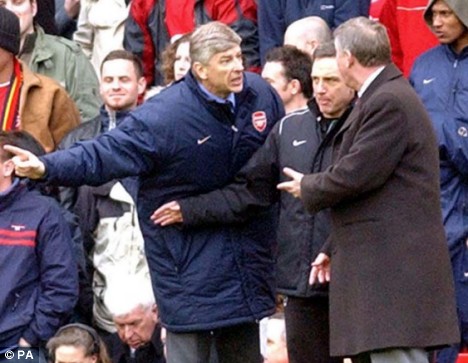 So, we have a rocky back-story, an uphill struggle for the fans, an opponent who appears punch-drunk but carries a deadly sucker-punch and managers who both have something to prove.

Upon closer scrutiny, it is an absolute marvel that Van Gaal, luck or not, has nursed his limping team into Champions League contention. A defence that is responsible for the highest amount of backpasses in the entire League and as porous as the sponge in your bath. A midfield that lacks steel and strength in depth and an attack featuring a Falcao operating at 60% capacity and Robin Van Persie who has the spectres of past injuries haunting him. Add in a dash of Wayne Rooney being played out of position regularly, Ashley Young being asked to fulfill a huge defensive responsibility and Angel Di Maria being so far incapable of recapturing his halcyon days at Real and we have a club in the very middle of transition and struggling to keep its head above the ever rising waters.

This Cup is an escape from the relentless pressure of chasing a Champions League spot. A spot that is mandatory due to sponsor requirements. The cash incentives are reportedly huge. With a daunting League schedule looming large – will this play a part in Van Gaal’s selection? Would the fans forgive him for neglecting a chance at glory?

Arsenal must strike now to finally put an end to this long-running fiasco. For too long, despite the circumstances, an aura of assuredness encompassed Utd players before they kicked off. Pressure didn’t affect them as they were ignorant toward the merest hint of defeat against a Gunners side who were more than aware of the struggle that would ensue. This time around, Arsenal must be favourites for the tie.

Arsene Wenger cannot allow the trophy to slip, let alone to a club that has done more than its fair share of damage to Arsenal. Doubters remain regarding his tenure at the helm. Despite his masterful victory over City, results like the horror show against Monaco leave blots on his copy book that are difficult to erase.

A rare victory at Old Trafford would exorcise a plethora of demons that plague Gooners thoughts. With a squad that boasts as much attacking prowess as any in the League and with a far more settled defence – surely Wenger will sound the battlecry and let loose the Hounds of the Cannon. Let rip from the start. No more cautious starts. Utilise what strengths he has and prey on the opening in the herd.

The fury he may spark if Arsenal were to lose would possibly be the worst yet witnessed  and could have ramifications that carry ripples throughout the club. To lose the Cup would be awful.

To lose our Cup to a team so obviously inferior and to not heed the huge number of lessons doled out to him by his opponents in seasons gone by could be seen as unforgivable. Time to rewrite this seasons story Arsene.