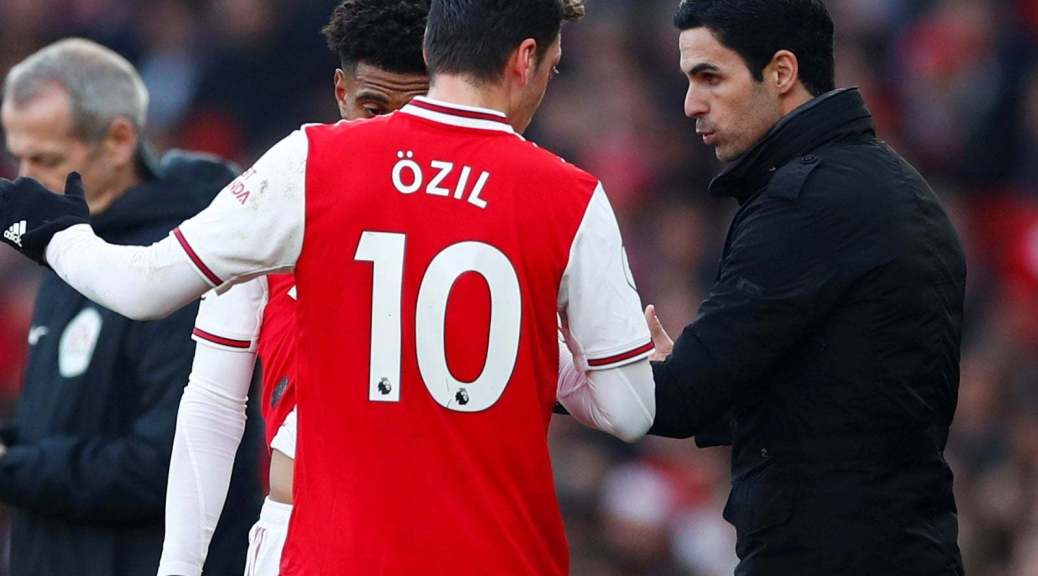 A victory over Manchester United is always something noteworthy.

We can disregard both sides’ relatively low positions in contrast to where we resided in loftier times.

For us fans, a win over one of our biggest rivals always matters.

One win in fifteen, our worst run at home since the 50s, our new head coach Mikel Arteta had his work cut out to not only get us back into some form of contention – but just to get us back up from our haunches.

And the manner in which he did that in this win was perhaps overshadowed the result.

We harried, we hustled, we gave no inch. Players like Rashford, Martial, they would have caused no end of torment to our ragged defence if they were allowed to.

But those two and their cohorts were superbly marshalled.

We had David Luiz rejuvenated, stopping everything in his path.

We had the much-maligned Granit Xhaka intercepting and distributing constantly, always in the right spot when needed.

We had Lucas Torreira in his natural position and he was a whirling dervish of action, putting himself where others fear to tread and winning the ball like it was going out of fashion.

Hell, we even had Pierre-Emerick Aubameyang tracking back, covering his full-back and covering plenty of ground.

Then there was Ozil.

The stereotype of Mesut Ozil should have evaporated by now. Stat upon stat of the German’s penchant for activity is all too often overlooked, but he yet again covered plenty of ground, bettered only by Torreira and Xhaka.

He also won the ball back more than any other team mate. Ten times all in all.

Those are numbers that any self-respecting box-to-box midfielder would be proud of, but this was our number ten.

Where was this Ozil when Emery needed him?

Was this simply a switch of tactics and instructions set out by a new boss?

No, it is down to man-management.

Unai Emery often left out Ozil entirely, not even in the matchday squad. It was a case of the Spanish coach drawing a line, letting Ozil know that it was his way or the highway. Play the way I want you to or you won’t play at all.

Eventually, with results withering, he had no alternative but to play Ozil, but with confidence low and the bond between coach and player at an all time low, Ozil had little to no impact on proceedings.

David Luiz was interviewed after our win against United, and his comments gave us all a peek behind the veil of times under Emery. Luiz spoke of the happiness returning to the squad since Arteta took over, which by means of common sense, speaks of a malaise under Emery.

The manner in which Arteta hugged his playmaker after the victory on the pitch speaks volumes, and Ozil is now trusted, he feels that he is valued. That means the world to the player it seems, and his efforts on the pitch may not have reaped an assist, but his efforts meant so much more.

All he needed was a coach who valued him.